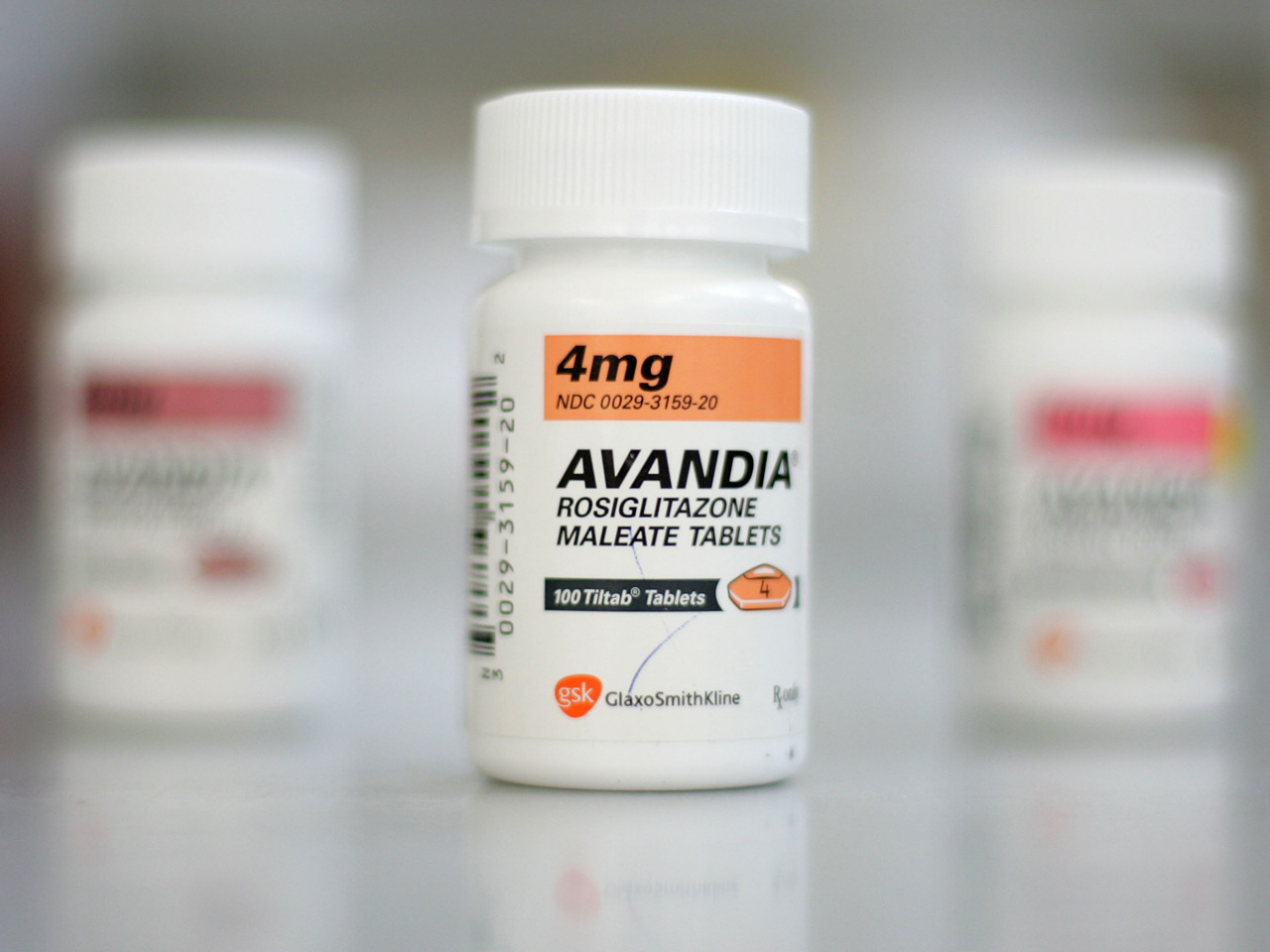 WASHINGTONA former blockbuster diabetes pill which was subjected to major safety restrictions in 2010 may not be as risky as once thought, according to the latest analysis of the much-debated GlaxoSmithKline drug Avandia.

The Food and Drug Administration is reviewing a new interpretation of the key study of Avandia's heart attack risks, which suggests the drug is as safe as older diabetes drugs. At a highly unusual meeting this week, the FDA will ask a panel of experts to vote on a range of options for the drug, including lifting restrictions on its use.

The positive safety review from Duke University researchers is the latest twist in a years-long debate over Avandia, which has divided medical experts, cost Glaxo billions of dollars and possibly resulted in an unknown number of patient heart attacks.

First approved in 1999, Avandia became the top-selling diabetes pill in the world by 2006 with sales of $3.4 billion. But prescriptions plummeted the following year after an analysis of dozens of studies suggested Avandia could raise the risk of heart attack.

For three years the FDA struggled to answer a seemingly simple question: Does Avandia increase the risk of heart attacks? A definitive answer has never been reached, in part because patients with diabetes are already predisposed to heart problems. That makes it extremely difficult to tell which heart attacks are drug-related and which are simply a result of the underlying disease.

Finally in 2010 the FDA decided to restrict the drug's use to all but the rarest of cases. Regulators in Europe banned the drug outright.

FDA critics have speculated that the real purpose of this week's meeting is to vindicate FDA officials who kept Avandia on the market for so many years. They say regulators appear poised to roll back safety limits on the drug.

"It's the wrong reason to take a regulatory action," said Dr. Steven Nissen of the Cleveland Clinic, who authored the 2007 analysis that first raised public safety concerns about Avandia.

"You want to take a regulatory action because it's going to benefit patients. I don't see how patients could possibly benefit from lifting these regulatory restrictions."

Nissen says he requested time to make a presentation during the meeting but was turned down by FDA officials.

The FDA says Wednesday and Thursday's meeting was prompted by a new analysis of the lone study of Avandia's heart risks. Known as RECORD, the study followed 4,400 patients and tracked rates of heart attack, hospitalization and death for six years.

The results were first reported in 2009 and medical experts have been debating their legitimacy ever since.

At the last Avandia panel meeting in 2010, FDA leadership generally backed RECORD's findings that Avandia appeared as safe as other standard diabetes drugs. But FDA staff scientists said the study was unreliable because of underreported heart attacks and other design flaws. Because of that disagreement the FDA asked Glaxo to obtain an independent analysis by an outside party.

Despite that assessment, the agency says it "has not reached any final updated conclusions" on the heart safety of Avandia.

The FDA will seek advice from two panels comprised of outside experts in the fields of diabetes and drug safety. The panelists will be asked to vote on four options for Avandia:

At the last FDA meeting on Avandia in 2010, the panelists voted 21 to 12 to leave Avandia on the market. The group's recommendations are not binding and are only one part of the government's decision-making process.

Even if the latest reassessment clears Avandia's safety record, the real-world impact could be minimal.

Avandia is currently prescribed to just 3,000 patients in the U.S. In 2009 the drug was prescribed 2.7 million times.

Because of FDA restrictions put in place in 2010, patients can now only get the drug after signing a waiver from their doctor indicating that they understand the risks and have tried all other drug options to treat their disease.

Glaxo executives say they believe the drug should remain available for patients with hard-to-treat diabetes, but the company has no plans to resume advertising of the drug.

"I think there are patients who benefit from this drug and I would hope the committee continues to allow Avandia to be prescribed to the right patients," said Glaxo vice president Murray Stewart.

Stewart stressed that Glaxo did not request the panel meeting, which was set up by the FDA.

"We were phoned up earlier in the year and told they were having an advisory meeting and that GSK should present," Stewart said.

Wall Street analysts have dubbed the meeting a "non-event" from a financial perspective, since Glaxo's stock price long ago absorbed the impact of the Avandia controversy.

Last July Glaxo plead guilty to failing to report safety problems with Avandia to government officials over a seven-year period. The guilty plea was part of a larger $3 billion settlement with the Department of Justice for various criminal and civil violations involving 10 Glaxo drugs.

In November, the company paid $90 million to settle allegations from 38 state governments that the company misrepresented the risks of Avandia.

The company has also settled tens of thousands of personal injury lawsuits filed by Avandia patients, though it has never specified the exact number. Last month there were 3,750 cases pending before U.S. District Court Judge Cynthia Rufe in Philadelphia, where various Avandia cases from around the country have been consolidated.

U.S. shares of GlaxoSmithKline PLC rose 41 cents to $52.18 in afternoon trading Monday. They traded as high as $54 last Tuesday and are up almost 25 percent from their 52-week low of $41.68 last November.