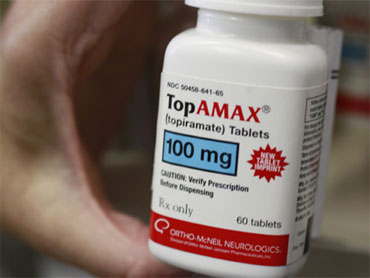 A panel of federal health experts dealt a surprising setback Thursday to a highly anticipated anti-obesity pill from Vivus Inc., saying the drug's side effects outweigh its ability to help patients lose weight.

The Food and Drug Administration panel voted 10-6 against Vivus Inc.'s Qnexa citing unknown safety risks of long-term use with the drug. The FDA will consider the panel's ruling and make its own decision on the drug in coming months.

Panelists unanimously agreed the drug helps patients lose pounds, with most reporting more than 10 percent weight loss. But those benefits were outweighed by a slew of safety concerns that cropped up in company trials, including memory lapses, suicidal thoughts, heart palpitations and birth defects.

"Some of these side effects are serious and could be life-threatening and must be weighed against a relatively modest weight loss," said the panel's chair, Kenneth Burman of the Washington Hospital Center.

The vote deals a major blow to the Mountainview, Calif., drugmaker, which is racing to market the first new U.S. prescription weight loss drug in over a decade.

The negative opinion also suggests a higher bar for the company's two California competitors - Arena Pharmaceuticals and Orexigen Therapeutics Inc. - which are schedule to have their own weight loss pills reviewed later this year.

CBS News medical correspondent Dr. Jennifer Ashton reports those two drugs have their own set of problems. One drug called Contrave is actually a combination of an addiction drug and an antidepressant. It's thought to work in the brain and suppresses appetite. With the other drug, called Lorcaserin, patients lost on average of 5 percent of their body weight and common side effects included headache and nausea, but regulators will be also looking for heart problems.

Qnexa has shown the best results of the three drugs, with patients in clinical trials losing upwards of 10 percent of their weight. But the drug also had the highest rate of patient dropouts due to the side effects.

Several panelists said they wanted to vote in favor of the drug, but needed more information about its long-term effects on the heart. Qnexa only tracked patients for about a year.

"I don't think we have enough data to say whether these are serious issues or not," said Michael Prochan, a statistician with the National Institutes of Health. "I think if we had had longer follow-up I could have voted the other way."

Panelists who favored the drug said they hoped the FDA would still approve Qnexa, despite the vote results.

"I think if this drug is disapproved we're going to send a very negative signal to the overweight and obese that drives them away from medical treatment," and toward more unproven weight loss methods, said Ed Hendricks, director of the Center for Weight Management in Sacramento.