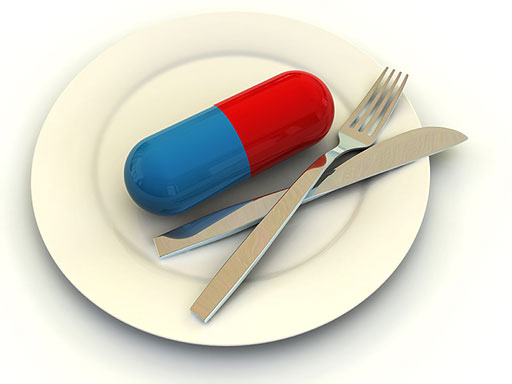 ATLANTA (CBS/AP) Man has searched for a fat pill probably about as long as the quest for the fountain of youth. So far, no one has done it without very unpleasant side effects.

Now comes lorcaserin, an experimental diet pill, which is showing promise in clinical trials. The weight loss is not huge, but, for now, the downside doesn't seem huge either.

A drug company-funded study of 3,100 obese or overweight people found that half of those taking lorcaserin for a year lost five percent or more of their body weight. Those taking dummy pills faired only half as well.

As importantly, most of the people who kept taking the little blue pill kept the weight off.

That's good news for dieters and even better news for Arena Pharmaceuticals, the company that makes the drug.

But is it safe?

Except for headaches and dizziness, side effects were essentially no worse than placebo, according to a study to be published in Thursday's New England Journal of Medicine. There was no higher rate of heart valve problems, blood pressure or cholesterol levels.

That's a big deal. In 1997, the government pulled the popular "fen-phen" pill from the market after it was tied to heart valve problems.

Lorcaserin works in a similar manner to "fen-phen" but appears to do so in a safer manner.

Experts anticipate Lorcaserin will eventually be approved by the FDA.