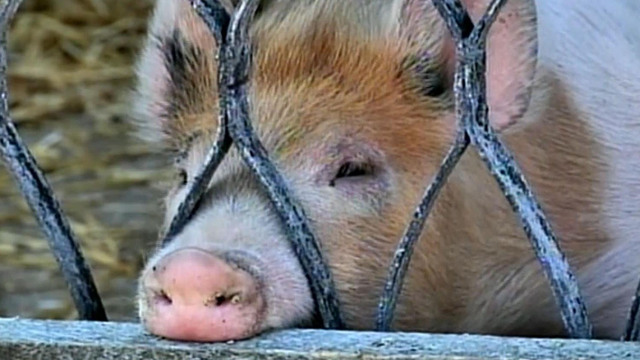 The U.S. Food and Drug Administration has moved to withdraw an antibiotic commonly used in pigs because it may be harmful to human health.

The drug, carbadox, is fed to almost a third of baby pigs in the U.S. to help control infection and plump up the animals.

The FDA said it's taking steps to rescind approval because the antibiotic may leave trace amounts of a cancer-causing residue that could end up in pork products, especially pork liver. A recent re-analysis of the drug's safety profile by the agency's Center for Veterinary Medicine suggested there could be potential risk to human health.

"The manufacturer of carbadox has failed to provide sufficient scientific data to demonstrate the safety of this drug given evidence that carbadox may result in carcinogenic residues," FDA deputy commissioner for foods and veterinary medicine, Michael R. Taylor, said in a statement.

People don't need to stop eating hotdogs, cold cuts, liverwurst and other pork products at this time, the FDA said.

"Short-term changes in diet are unlikely to affect a person's lifetime risk," the statement said. The bigger concern is long-term consumption of pork products linked to the antibiotic.

There are also other FDA-approved antibiotics pork producers can use.

In July 2014, an international food safety panel determined that carbadox residue of any amount was unsafe for consumers. Its use has been discontinued in Europe, Canada and Australia.

The drug is made by Teaneck, New Jersey, company Phibro Animal Health, and is marketed under the brand name Mecadox.

The drug maker defended its product in an online statement following the FDA announcement and said they plan to fight the move by presenting new drug safety data.

"Phibro has complete confidence in the safety of Mecadox. We are disappointed that the FDA would take this action when definitive studies are so close to being completed. Under the FDA's process, we intend to request a hearing and refute the allegations. Phibro will continue to market the product and to vigorously defend Mecadox based on more than 40 years of science and safe use," the company said.