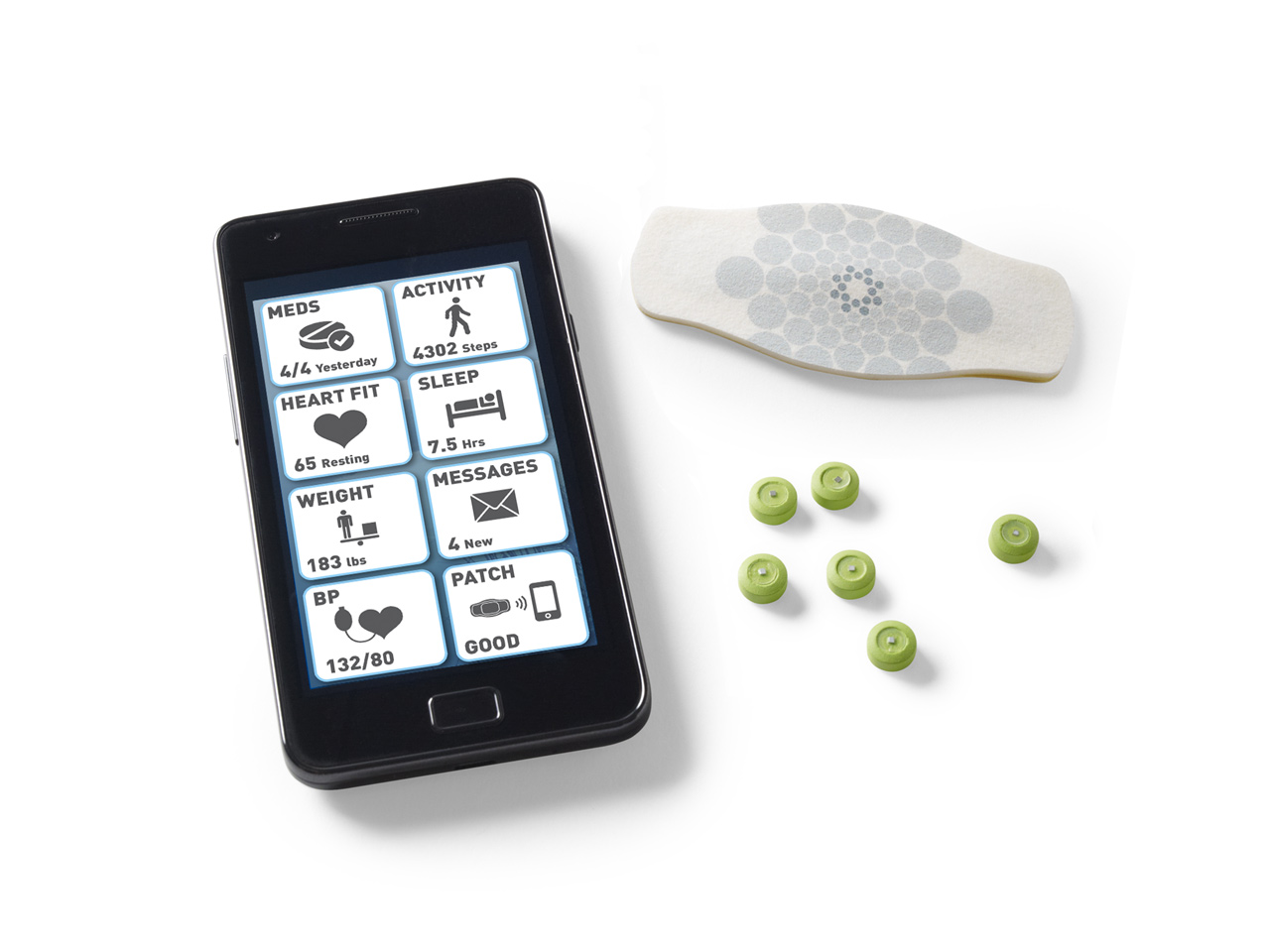 (CBS News) Take these with water: Digestible sensors that can report medication adherence and vital signs have been approved by the U.S. Food and Drug Administration (FDA).

Proteus Digital Health, Inc. announced that the FDA has approved their product, the Ingestion Event Marker (IEM). The ingestible sensor, which was already been approved for use in Europe in 2011, can transmit information about the patient to medical professionals and help them customize care.

"We are thrilled to have achieved this important milestone to market our ingestible sensor in the United States now, as well as in Europe," Dr. George M. Savage, co-founder and chief medical officer at Proteus Digital Health, said in the press release. "We are very much looking forward to bringing the benefits of our ingestible sensor to the American public in the form of innovative product offerings."

The sensor, which is the size of a grain of sand, can be put inside a pill or other consumables and is powered by stomach fluid. Once swallowed, the device transmits a signal to a patch on the user's stomach that can determine when the item was consumed, as well as other physiological and behavioral metrics including heart rate, body position and activity. Then the information can be sent to a mobile phone app to the patient, and, with the patient's permission, their medical caregivers.

Savage added to Nature that the point of the sensor is not to watch over patients like a hawk but help doctors adjust medications and treatments if necessary.

The point is not for doctors to castigate people, but to understand how people are responding to their treatments," Savage said to Nature.

"This way doctors can prescribe a different dose or a different medicine if they learn that it's not being taken appropriately."

Some doctors feel that the device will be able to help with medicine adherence, in other words getting people to continue taking their medication.

"About half of all people don't take medications like they're supposed to," Eric Topol, director of the Scripps Translational Science Institute in La Jolla,California who is not affiliated with Proteus Digital Health, told Nature. "This device could be a solution to that problem, so that doctors can know when to rev up a patient's medication adherence."

CNET reported that the company has not disclosed how much the device will cost, and it will depend on "the context in which the system is being used." For more on the device, watch the video from Proteus Digital Health below.

Powered By You from Proteus Digital Health on Vimeo.