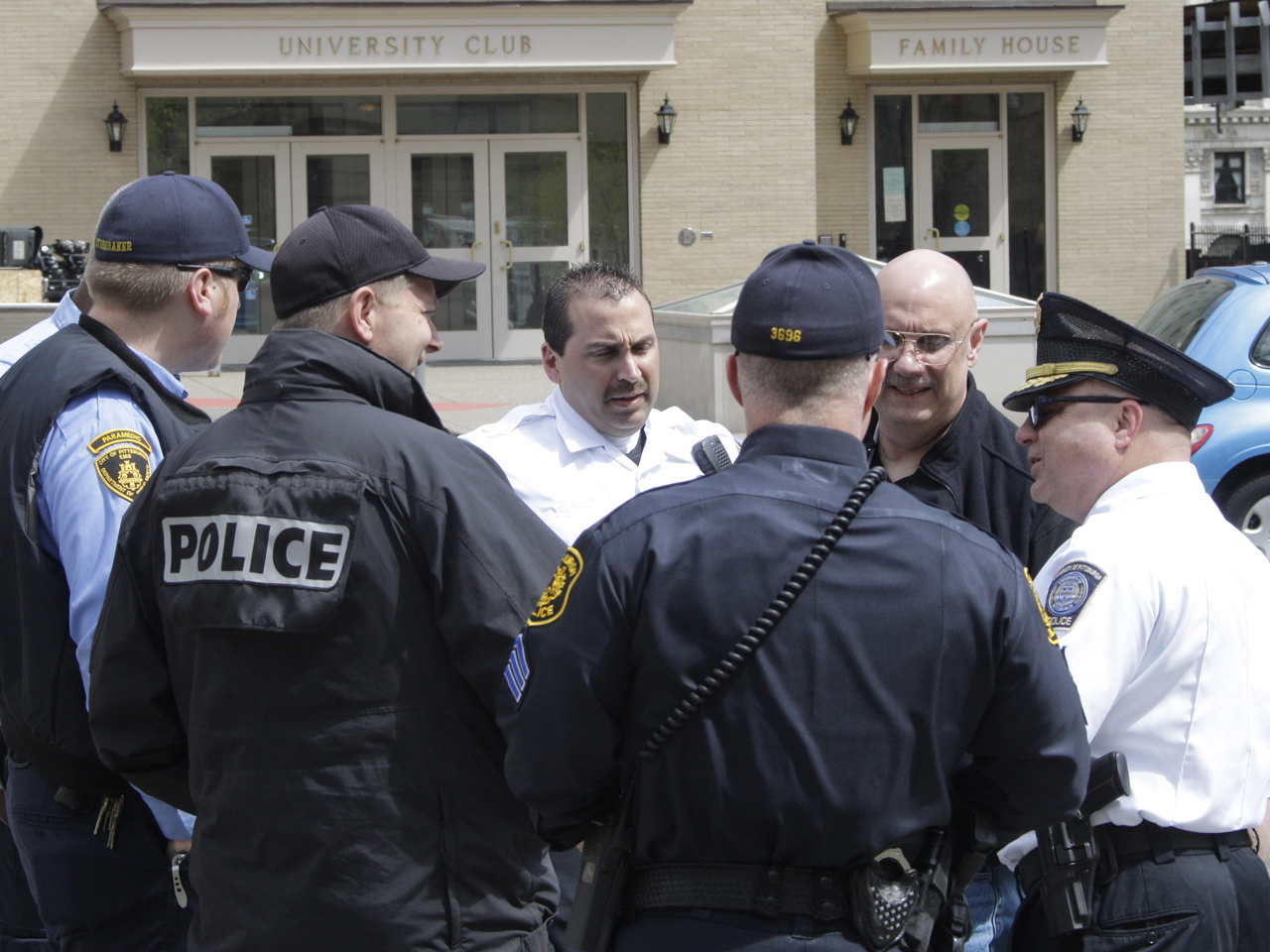 (CBS/AP) PITTSBURGH - A founding member of a Scottish terror group was indicted Wednesday on charges he emailed bomb threats that disrupted campus life and forced the evacuation of more than 100 buildings on the University of Pittsburgh campus earlier this year.

Adam Stuart Busby 64, of Dublin, Ireland, was charged Wednesday with 17 emailed threats sent to the school between April 6 and 21, and also with emailed bomb threats on federal courthouses in Pittsburgh, Erie and Johnstown in June. He's also charged with threatening Pittsburgh-based U.S. Attorney David Hickton — who led the investigation that resulted in Busby's indictment — because he singled out the prosecutor in a June 20 threat.

Hickton said Busby has no known ties to Pittsburgh or the university, and the prosecutor wouldn't comment when asked why Busby allegedly sent the threats or whether they're related to his activities with the Scottish National Liberation Army, an outlawed militant group that seeks Scottish independence from the United Kingdom.

"We don't get into the mind of the criminal," Hickton said, telling reporters to "draw their own conclusions" about Busby's motives based on his overseas crimes, which Hickton wouldn't detail.

Busby himself is a prolific hoaxer. In 2010, an Irish court convicted him for sending a series of emails claiming that there were explosives devices on flights between London's Heathrow Airport and New York City.

Hickton said he was unclear when Busby would return to the United States to face the Pitt bomb threat charges.

The university received bomb threats written on bathroom stalls in mid-February and, eventually, in emails — sometimes several per day.

Some emailed threats came from a group calling itself The Threateners, who expressed anger that the university issued a $10,000 reward — which was later raised to $50,000 — for what the emailers suggested were harmless pranks. The group eventually emailed the student newspaper, The Pitt News, promising to stop the bomb threats if the university withdrew the reward. The university complied on April 21, although school officials didn't explain why the reward was withdrawn then.

Busby is charged with sending both of those emails and faces 17 counts of wire fraud, 16 counts of sending false information or hoaxes — the April 21 reward ultimatum isn't deemed a hoax because the threats stopped after the university withdrew the reward — and two counts of international extortion.

The extortion counts relate to the April 21 ultimatum and a similar April 10 email that the university disregarded as unreliable because it contained misspellings and factual errors, university Chancellor Mark Nordenberg said.

Nordenberg said the threats cost the school more than $300,000 in "hard" costs overtime for police and other staff, not to mention bomb squads and special equipment to detect such devices. That doesn't include time lost by faculty and students, who were evacuated from dorms at all hours.

Hickton also disclosed that two Ohio men who claimed to be affiliated with the hacking group "Anonymous", were charged in an unrelated scheme that also targeted the University of Pittsburgh. They threatened to release confidential alumni information if the university didn't release some kind of apology.