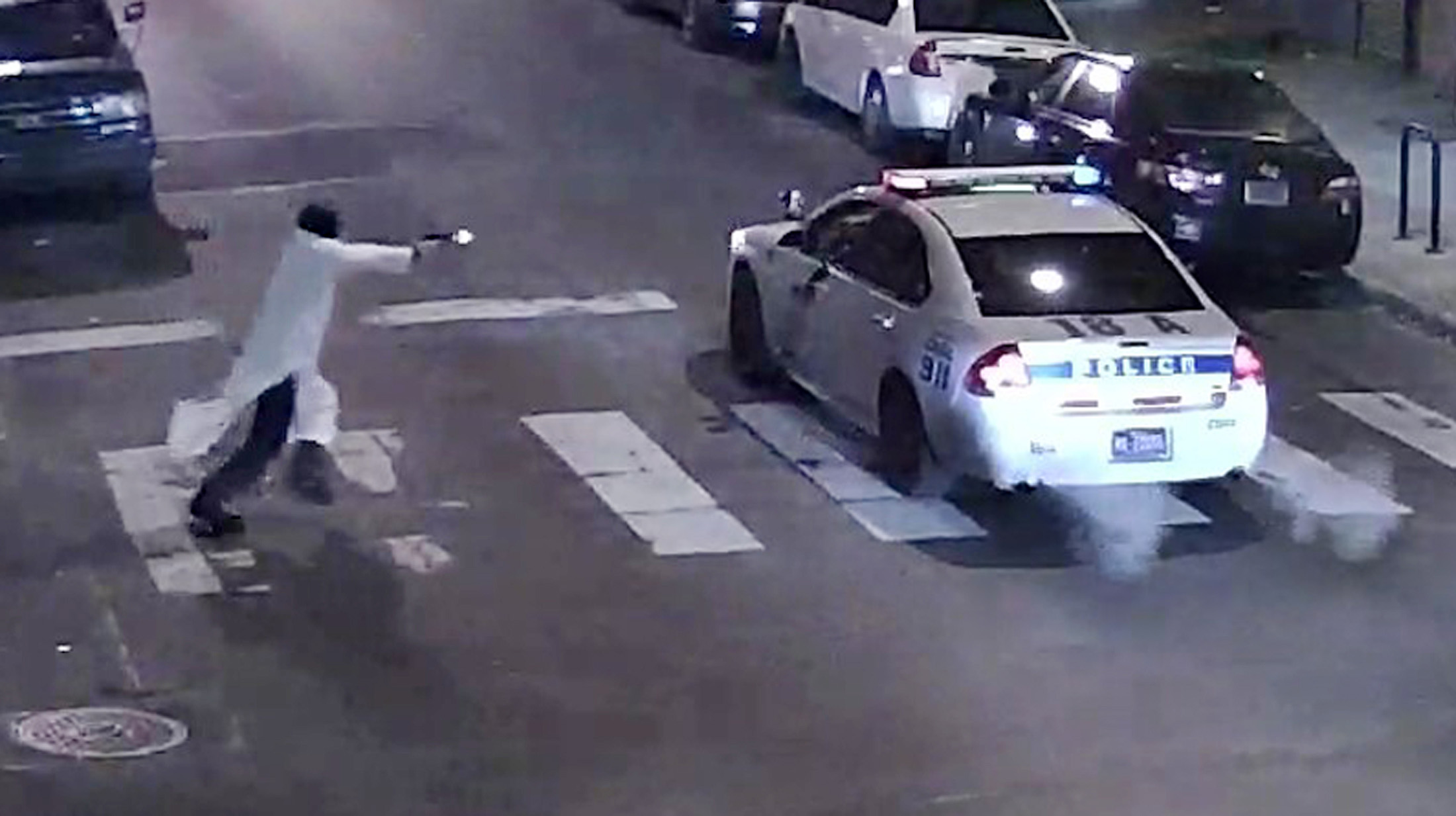 PHILADELPHIA -- FBI Director James Comey said on Wednesday that last week's shooting of a Philadelphia police officer was being investigated as "a terrorist attack."

FBI officials told CBS News while investigators have not concluded the Jan. 7 shooting was an act of terrorism, the shooting is being handled as a terrorism investigation.

Late last Thursday, police said Edward Archer approached Officer Jesse Hartnett's patrol car and fired a hail of bullets at close range. Despite being seriously wounded, Hartnett got out of his car, chased the suspect and returned fire, wounding his attacker in the buttocks, police said. Other officers chased Archer and apprehended him about a block away.

Hartnett, 33, was shot three times in the arm and will require multiple surgeries.

According to police, Archer confessed to the shooting and told investigators he was following Allah, and had pledged his allegiance to the Islamic State of Iraq and Syria, or ISIS. Archer said he believed the police department defends laws that are contrary to Islam, police said.

On Saturday, Archer was charged with attempted murder, aggravated assault, assault of a law enforcement officer and several firearms crimes. The 30-year-old is being held without bail. A preliminary hearing is scheduled for Jan. 25.

CBS Philadelphia station KYW reported Sunday that police and the FBI were investigating a tip that Archer was part of a larger plot.

The tip said Archer is "part of a group that consists of three others." She went on to say that Archer "is not the most radical of the four" and that "the threat to police is not over."

The 9 mm pistol Archer used was recovered at the scene of the shooting, police said. Officials said they were trying to figure out how Archer got the weapon after it was stolen from a police officer's home in 2013.

Investigators have confirmed that Archer traveled to Saudi Arabia in 2011 and to Egypt the following year. Archer attended a mosque in the Philadelphia area.

Also Wednesday, about 100 Muslim Americans marched to a Philadelphia police station in support of Hartnett and the city's police force.

Ozzy Khalil, a spokesman for the Muslim American Society of Philadelphia, told the Philadelphia Inquirer participants were the "real Muslims" and wished Hartnett a speedy recovery.