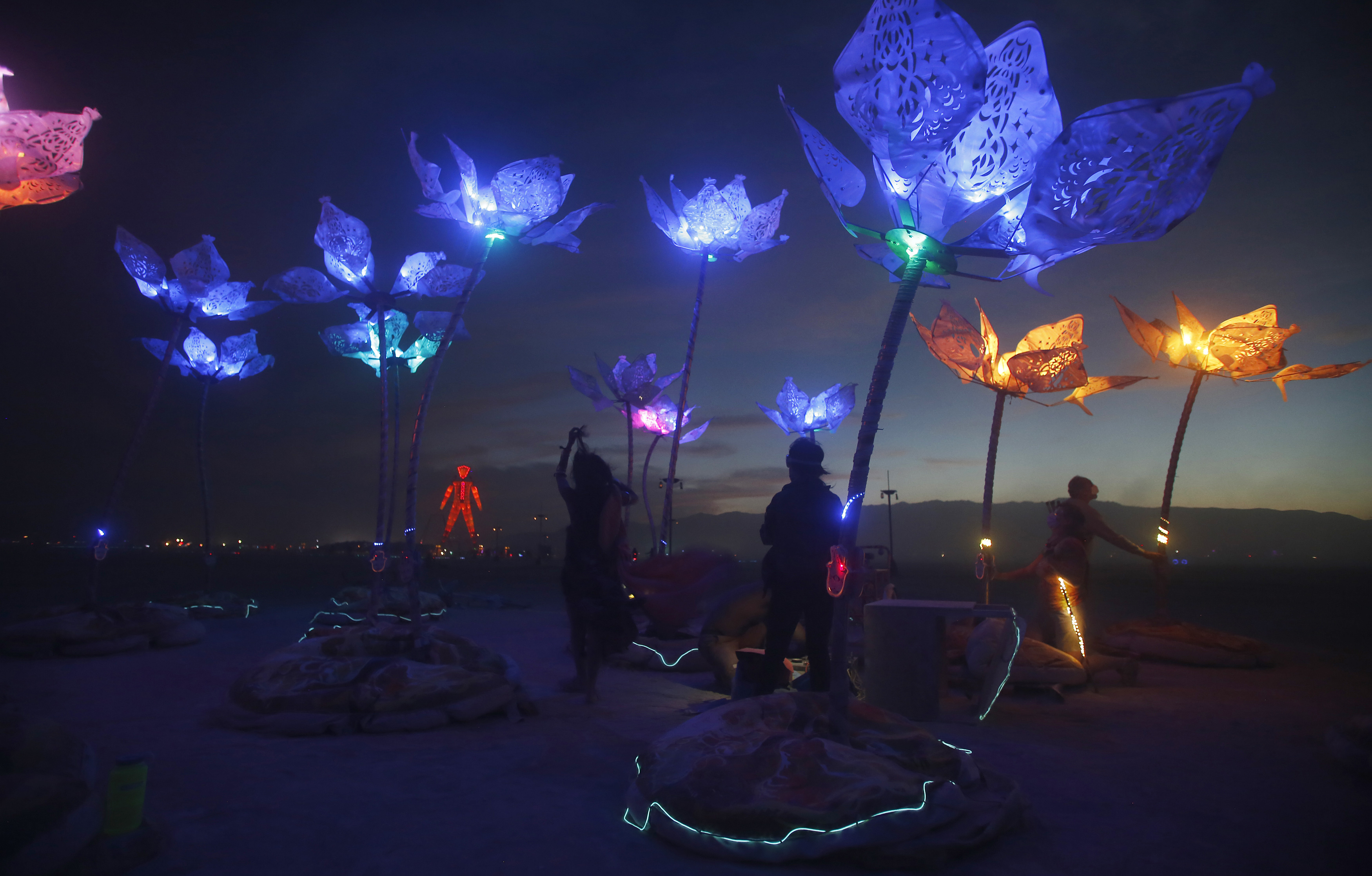 WASHINGTON -- Thousands of revelers are converging this week in Nevada's Black Rock Desert for the Burning Man Festival, where they'll camp, create and observe art and music, and where, perhaps, they'll encounter an undercover FBI agent.

Documents obtained by the journalist Inkoo Kang, and posted to the website MuckRock, reveal that the event has been under FBI surveillance since at least 2010. That is when the agency concluded that Burning Man is "considered a cultural and artisan event, which promote (sic) free expression by the participants."

In one document from 2010 agents conclude that the "greatest known threat in this event is crowd control issues and use of illegal drugs," but in a heavily-redacted report produced less than a month later, the agency's Special Events Management unit seems to note that the event is used to practice intelligence collection and anti-terrorism security.

The arts festival, which was first held in San Francisco in 1986, begins each year on the last Monday of August and ends on the first Monday of September. Money is not used at the festival's temporary campsite; instead attendees barter goods.

The FBI declined to comment on the Burning Man files when contacted by 48 Hours Crimesider.

While intelligence gathering at a desert festival most known for its annual effigy of a large wooden man might seem beyond the FBI's purview, it's just the latest in the agency's decades-long pursuit of information about cultural events and celebrities.

In the early 1960s, the agency compiled documents on Marilyn Monroe, noting that she had acquaintances who were sympathetic to communism and that she herself supported the civil rights movement.

In 1964, the FBI investigated the song "Louie Louie" by the Kingsmen.

"The popularity of the song and difficulty in discerning the lyrics led some people to suspect the song was obscene," the agency's website explains. The FBI ultimately concluded the song was not obscene.

And a 1969 letter written by the FBI's first director, J. Edgar Hoover, reveals that the after he listened to an album by The Doors, he concluded the music was "repulsive to right-thinking people." Ultimately, Hoover wrote, a U.S. Attorney for the Southern District of New York declined to prosecute.

While the Kingsmen and the Doors were likely unaware of the FBI files, the agency made things particularly difficult for those who were acknowledged communists or Marxists.

Throughout the 1960s and 1970s, the FBI routinely blocked visa applications for famed Mexican writer Carlos Fuentes. At one point the agency sparked an international uproar when the author of "The Death of Artemio Cruz" was detained in Puerto Rico during a transatlantic cruise from Spain to Mexico.

Later, the agency compiled files on musicians who spoke out against the Vietnam War, including the Monkees and John Lennon.

In the 1990s, the agency's attention turned toward rap.

Files on the rapper Russell Jones, who went by the name 'Ol Dirty Bastard and was a founding member of the Wu Tang Clan before he died in 2004, reveal that the FBI sought to build a case against "the WTC organization." The investigation into the rapper covered a series of unsubstantiated claims, including that the group was involved in money laundering and the sale of drugs and guns.