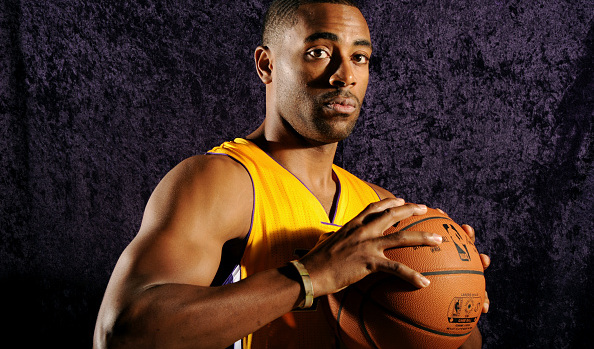 PHILADELPHIA - The NBA's Los Angeles Lakers have confirmed that a man shot and killed in Philadelphia over the weekend was the father of guard Wayne Ellington Jr.

Police say 57-year-old Wayne Ellington was found shot in the head in the driver's seat of a car in the Germantown section of northwest Philadelphia just after 8 p.m. local time Sunday.

The Philadelphia Inquirer reports that he was taken to Einstein Medical Center, where he was pronounced dead later that night. No arrests have been reported.

Wayne Ellington Jr. said in a statement on the Lakers' website that he and his family are "devastated by the news of my father's murder." The NBA player has been granted an indefinite leave of absence.

Ellington was not with the Lakers on Tuesday night for their game in Memphis. Lakers coach Byron Scott said in his pregame comments that he learned of the senior Ellington's death Sunday night after the Lakers win over Charlotte.

"Driving home all I did was think about (Ellington)," Scott said. "It's really just very sad news."

Scott said there is no timetable for the guard's return. Ellington will be given the time to spend with his family. "When he's ready. I'm sure he will rejoin us."

Scott recalled that Ellington Jr. was going to his car after the game when he apparently got the news about his father. The coach said other Lakers were with Ellington when Scott reached the player.

"This is our livelihood, but this is still just a game," Scott said. "This thing that's happened to Wayne is real life. It kind of puts everything in perspective."

Woman convicted of killing expectant mother to take her unborn baby
Thanks for reading CBS NEWS.
Create your free account or log in
for more features.
View CBS News In
CBS News App Open
Chrome Safari Continue
Be the first to know
Get browser notifications for breaking news, live events, and exclusive reporting.