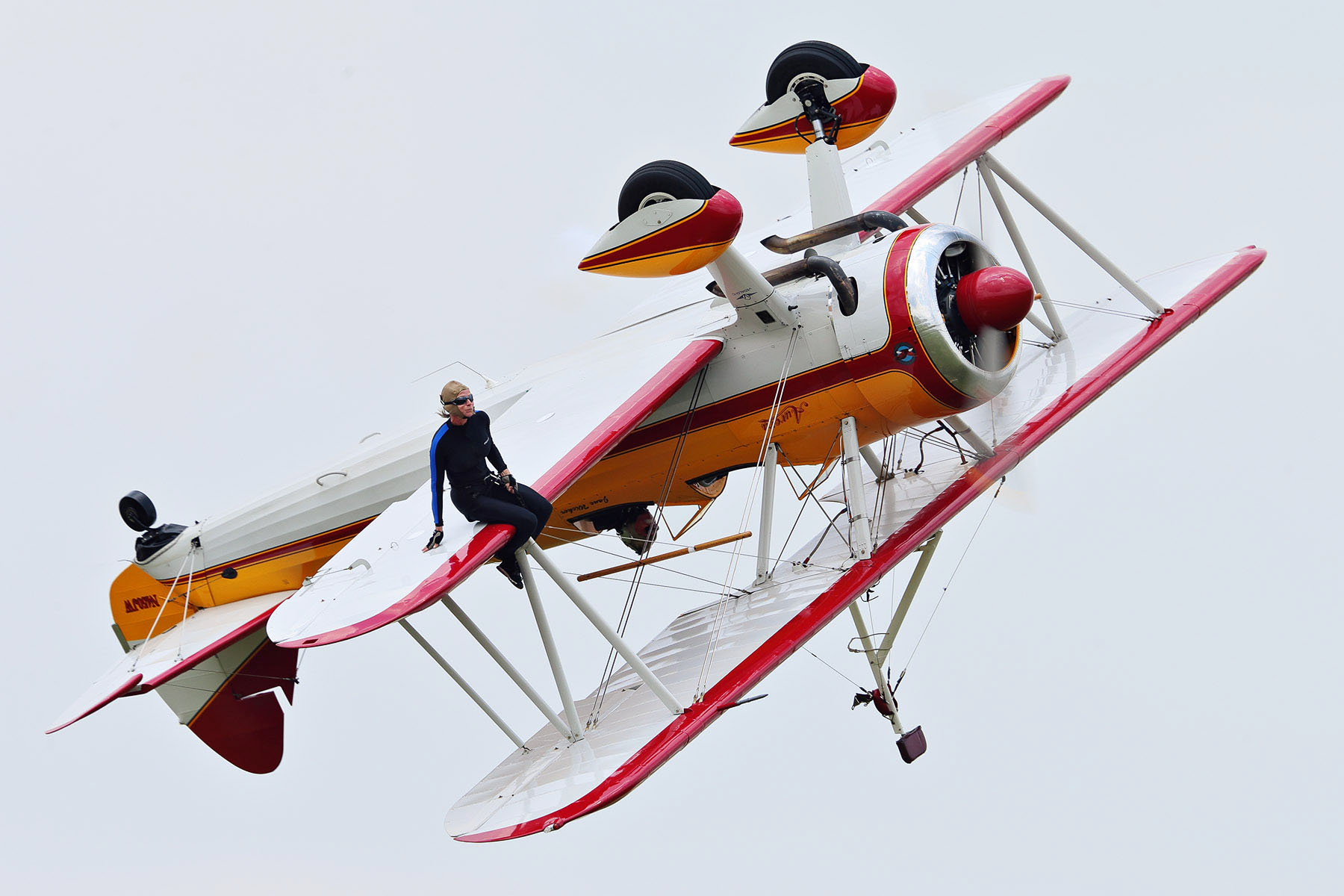 CINCINNATI Although a Virginia woman became the third wing walker to die in two years when a fiery crash killed her and a pilot at an Ohio air show over the weekend, those in the business insist such accidents are rare and that its practitioners are meticulously careful.

Wing walker Jane Wicker, 44, and pilot Charlie Schwenker, 64, were killed Saturday in a crash captured on video and witnessed by thousands of horrified spectators at the Vectren Air Show near Dayton. The show closed but reopened Sunday with a moment of silence for the victims.

The cause of the crash is not yet known.

From 1975 to 2010, just two wing walkers were killed in the U.S., one in 1975 and another in 1993, said John Cudahy, president of the Leesburg, Va.-based International Council of Air Shows. But since 2011, three wing walkers have died, including Wicker.

In 2011, Todd Green fell 200 feet to his death at an air show in Michigan while performing a stunt in which he grabbed the skid of a helicopter. That same year, Amanda Franklin died two months after being badly burned in a plane crash during a performance in South Texas when the engine lost power. The pilot, her husband, Kyle, survived.

"It's not entirely an anomaly but not quite as dangerous as it would appear to be," Cudahy said, adding that the recent spike appears to be a coincidence.

He said it was too early to say whether Saturday's crash would lead to any changes in safety standards among wing walkers and their pilots and that those standards already are high.

Jason Aguilera, the National Transportation Safety Board investigator leading the probe into the crash, said Sunday that it was too early to rule anything out and that the agency would issue its findings in six months to a year.

Wing walker Teresa Stokes of Houston and her pilot boyfriend, Gene Soucy, said their hearts were heavy after watching video footage of the crash, but it doesn't give them any second thoughts about what they do.

"It is the craziest fun ride you've ever been on," Stokes said. "You're like Superman flying around, going upside-down doing rolls and loops, and I'm just screaming and laughing."

"This is just what we do," he said. "Some people sit at a typewriter looking out a window all day. We're flying with the wind."

Wing walking began in the 1920s in the barnstorming era of air shows following World War I.

The practice fell off the middle of the 20th century but picked back up again in the 1970s. Still, there are only about a dozen wing walkers in the U.S., Cudahy said.

John King, pilot and president of the Flying Circus Airshow, where Wicker trained, said the trend among some in the air show industry is to try ever more exciting but riskier stunts — just like many other sports.

"They're doing something just a little more exciting to give the crowd their money's worth," he said, adding that he was not referring specifically to the Ohio crash. "So sometimes they step out of the safety box that we should stay in."

He said such edgy shows are called "ultimate" performances.

"They're going to push the boundaries to see how much more they can do, to see if they can they come up with something new and unique," he said. "Our technique is to stay minimalist — as safe as you could possibly get it."

The maneuver that ended in death in Ohio is a popular trick that has been performed many times, King said, describing how the wing walker starts on the bottom of an airplane flying upside-down. The plane then rolls back to its normal position, and the wing walker ends up on top, sitting.

That's the position Wicker was in at the time of the crash.

The announcers told children to look away after the single-engine plane crashed to the ground, CBS News correspondent Dean Reynolds reported.

"You knew right when it happened that they were not going to survive," said witness Evan Derr.

"Everything has to be just right when you're doing an act like that, to the extreme," King said. "There's not a whole lot of room for anything going wrong."

He described Wicker, of Bristow, Va., and Schwenker, of Oakton, Va., as "ultimate professionals."

"I don't know of anyone who could have done any better than what they were doing," he said.

On Saturday, Wicker, a mother of two teenage boys and recently engaged, sat helplessly on the plane's wing after she had just finished a stunt as the aircraft suddenly turned and slammed into the ground, exploding on impact and stunning the crowd.

"There is nothing that feels more exhilarating or freer to me than the wind and sky rushing by me as the earth rolls around my head," says the post. "I'm alive up there. To soar like a bird and touch the sky puts me in a place where I feel I totally belong."

She also answered a question she said she got frequently: What about the risk?

"I feel safer on the wing of my airplane than I do driving to the airport," she wrote. "Why? Because I'm in control of those risks and not at the mercy of those other drivers."

"The people who do these acts spend hours and hours and hours performing and practicing away from the crowd, and even though it may look inherently dangerous, they're practiced in such a way that they maintain as much safety as possible," he said. "The vast majority of these things occur without a hitch, so you know whenever one of them goes wrong and there's a crash, it's an unusual event."