Yesterday's meeting between President Obama and his favorite "fat cat - bankers was one big show. The President was nonplussed that three of the execs couldn't figure out how to actually make it to the meeting in person (any of these masters of the universe ever hear of Amtrak?). Lloyd Blankfein of Goldman Sachs, John Mack of Morgan Stanley and Richard Parsons of Citigroup were stuck in fog, preventing them from making the White House con fab. 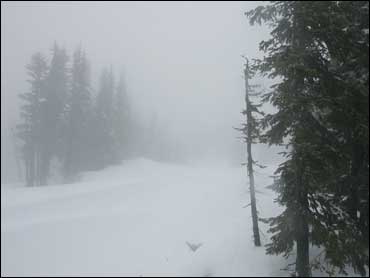 (AP Photo/Ted S. Warren)
What a perfect metaphor - bankers really do seem to be stuck in a fog these days.

I don't place all of the blame for the financial crisis; problems with mortgage modification; or lack of small business lending squarely on the shoulders of Wall Street banks. They had lots of help from current and past members of Congress, previous Administrations, irresponsible borrowers and regulators.

My problem is that in the aftermath of the crisis, bankers seem tone deaf. They have short memories and can't quite understand why the public is so mad that they are making boatloads of money again after taxpayers bailed them out.

As Americans struggle with stubbornly high unemployment, which can wreak both financial and emotional turmoil on families, they're confronted with headlines of TARP repayments, mega-bonuses and massive lobbying efforts aimed at curtailing regulatory reform.

While everyone wants a fully functioning financial system, we also want to see broad based participation in the recovery process. Until that occurs, fat cat bankers would be wise to keep those purrs down.

More on MoneyWatch:
•Best Gifts to Help Save Your Job
•Video: Best Wine for Holiday Gifts
•Are Charities Fudging Their Numbers?
•Bank Failures Likely to Grow in 2010
•Best 3 Financial Moves by Year's End
•5 Things You Should Buy at Walmart
•5% Unemployment? It Could Take 7 Years

(CBS)
Jill Schlesinger is the Editor-at-Large for CBS MoneyWatch.com. Prior to the launch of MoneyWatch, she was the Chief Investment Officer for an independent investment advisory firm. In her infancy, she was an options trader on the Commodities Exchange of New York.
View CBS News In
CBS News App Open
Chrome Safari Continue
Be the first to know
Get browser notifications for breaking news, live events, and exclusive reporting.