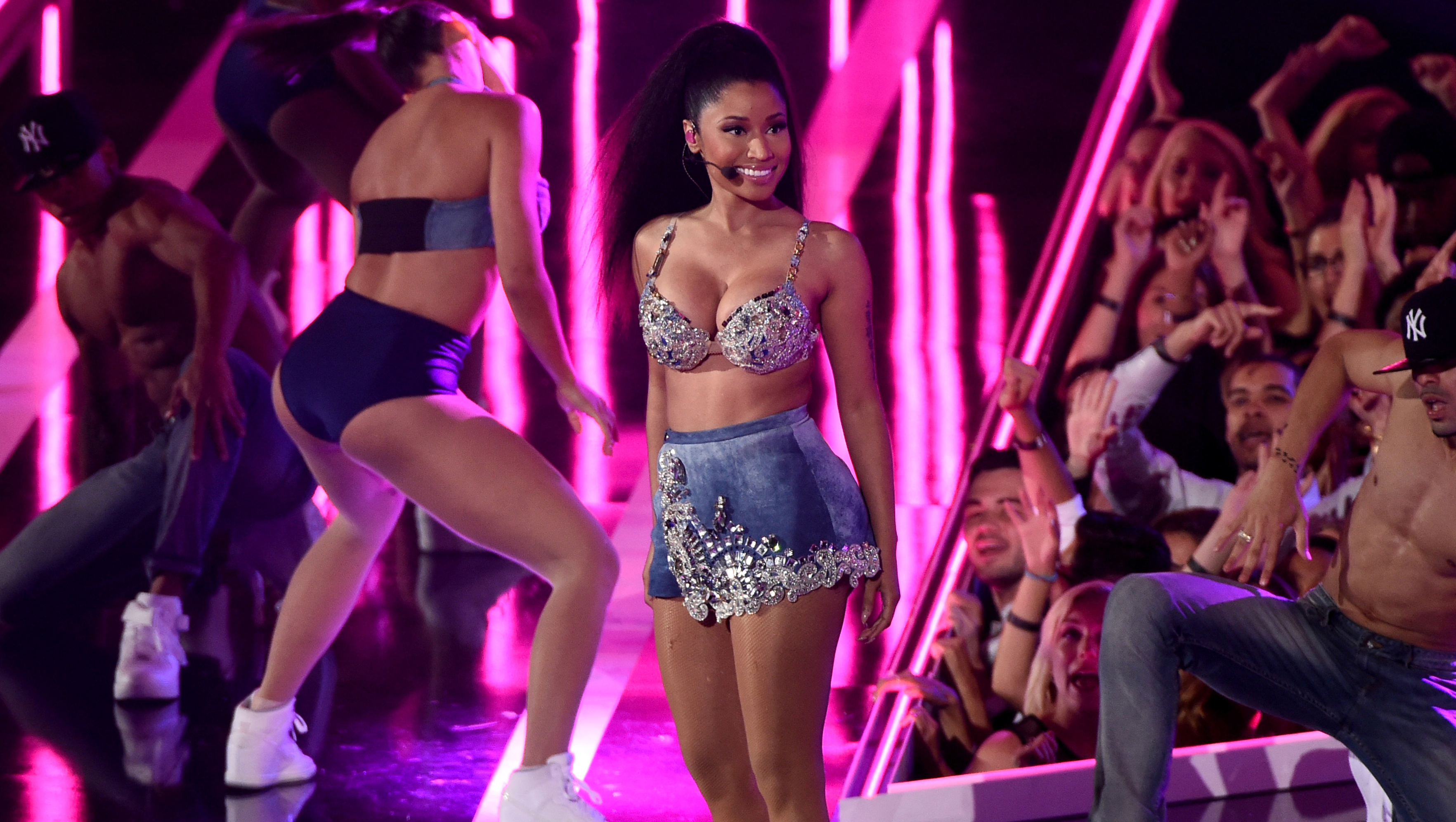 The 2014 Fashion Rocks was all about booing and booty -- and practically everything in between.

The music world was well-represented, spanning genres from classic rock and country to hip-hop and pop.

Justin Bieber was heavily booed by the audience at the Barclays Center on Tuesday night in Brooklyn, New York. He entered the stage to introduce singer Rita Ora, and once the crowd booed loudly, he stripped down to his boxers and socks.

"I actually don't feel comfortable unless I'm in my Calvin's. So, what's up? Is that cool?" Bieber said to his co-presenter, model Lara Stone.

Some cheered once he removed his blazer, tank top and pants.

Those moments were contrasted by the rump-shaking dance moves of Jennifer Lopez and Nicki Minaj. Lopez performed her new single, "Booty," in a shimmery silver minidress. She enticed the crowd and earned some of the night's loudest cheers.

Lopez clapped and watched as Minaj performed "Anaconda," also a crowd favorite. The rapper danced in a diamond bra and a denim skirt with a number of background dancers, including shirtless men.

Usher kicked off the two-hour show that aired on CBS, which included fiery performances from Jennifer Hudson, Enrique Iglesias and the Band Perry.

Models walked onstage as some of the performers sang.

Naomi Campbell and Paris Hilton were among the presenters.

Ryan Seacrest was the host. Prior to the show, he told CBS News, "I think what makes this show so special is that it all unfolds live. You never know what exactly is going to happen -- who's going to do what and who's going to not do what. And I think that's the beauty of a show like this."

While the music rocked and the fashion slayed, the common thread throughout the night was keep it original, keep it fresh and keep it stylish.