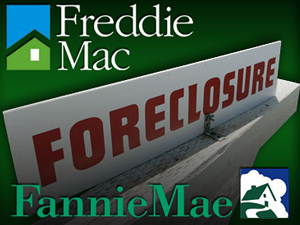 (AP) WASHINGTON - A federal regulator is standing by its decision to bar Fannie Mae and Freddie Mac from reducing principal for borrowers at risk of foreclosure, resisting pressure from the Obama administration.

The Federal Housing Finance Agency announced the decision Tuesday after months of considering the option.

DeMarco said an extensive analysis by the FHFA found the potential benefit was too small compared with the costs and risks. The risks include as many as 19,000 borrowers strategically defaulting on their loans, according to the analysis.

About 1.4 million homeowners would be eligible for principal reductions from Fannie and Freddie.

The Obama administration immediately voiced its disappointment with the decision.

"I do not believe it is the best decision for the country," Treasury Secretary Timothy Geithner said in a letter to DeMarco.

Geithner said allowing Fannie and Freddie to do "targeted" reductions of principal for troubled borrowers would provide much-needed help to a significant number of troubled homeowners. He said that would help repair the nation's housing market and result in a net benefit to taxpayers.

The government rescued Fannie and Freddie in September 2008 to cover losses on soured mortgage loans. Since then the FHFA, which is independent of the administration, has controlled their financial decisions.

U.S. taxpayers have spent roughly $170 billion to rescue the companies. It could cost roughly $260 billion more to support them through 2014 after subtracting dividend payments, according to the government.

The Treasury Department said in January that it would cover part of the cost if Fannie and Freddie could reduce principal when they modify mortgages for troubled borrowers. The department said it would use unspent housing rescue money from the $700 billion Troubled Asset Relief Program, or TARP.

DeMarco acknowledged in a meeting with reporters that administration officials and others could disagree with the agency's decision and interpret its analysis differently.

"Others could look at this and weigh these things differently," he said.