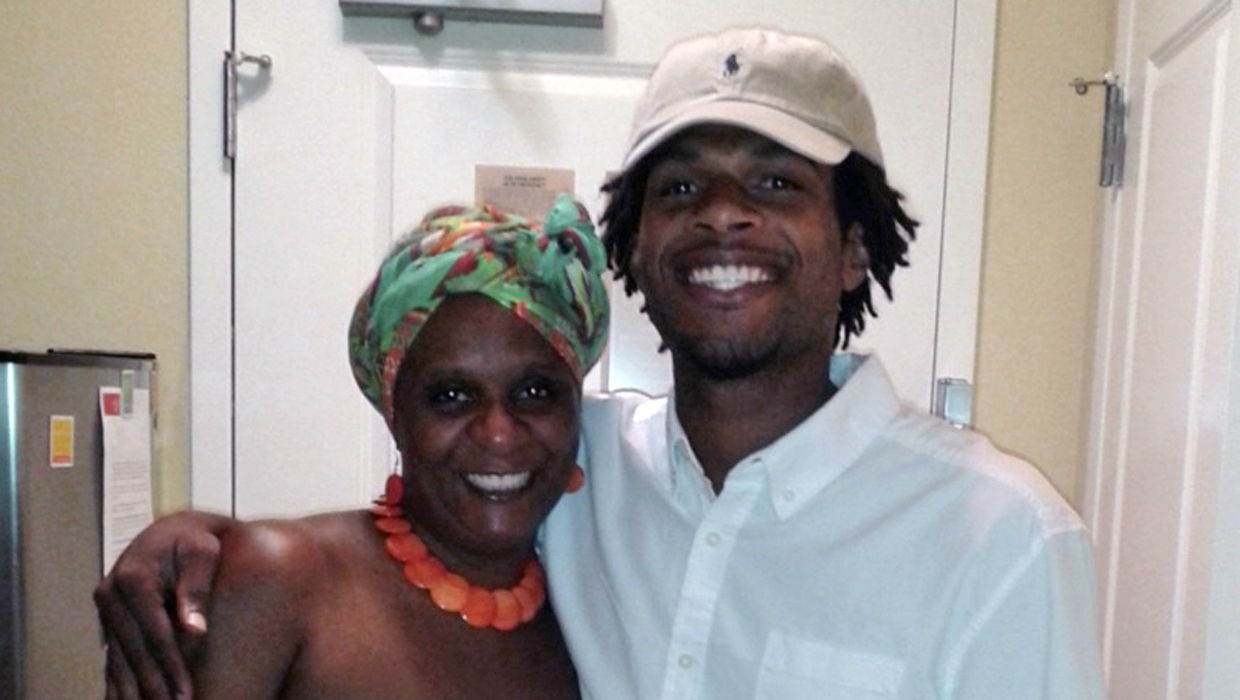 CINCINNATI - The family of a black man fatally shot by a white police officer as he held an air rifle inside a Wal-Mart filed a federal lawsuit Tuesday charging negligence and violation of the man's civil rights.

The lawsuit was filed in U.S. District Court in Dayton against the city of Beavercreek, the two Beavercreek officers involved, the police chief and Wal-Mart Stores Inc.

John Crawford III was shot Aug. 5 inside the store in the Dayton suburb. Police responded after a 911 caller reported Crawford was waving what appeared to be a firearm.

A grand jury concluded the shooting was justified.

"All we want is justice for John Crawford," the family's attorney, Michael Wright said at a news conference Tuesday.

Crawford's family has said previously that it was "incomprehensible" that officers weren't indicted. The family has sought a federal investigation to see if race was a factor, and the U.S. Justice Department has been reviewing the shooting.

Crawford's death also has drawn demonstrations from protesters criticizing the shootings of young black men by police around the country, with some suggesting race was a factor.

Wright said the criminal justice system has so far refused to hold the officers accountable and that it is necessary for the civil justice system to do so. He said Crawford was just shopping and talking on his cellphone when he was shot.

The police officer who fatally shot 22-year-old Crawford said the man didn't respond to repeated commands to drop the weapon and turned toward officers in an aggressive manner.

"Out of respect for everyone involved, we believe it's not appropriate to discuss the specifics of this matter, but we can say that our associates acted properly," Wal-Mart spokeswoman Brooke Buchanan said in an emailed statement.

A message left seeking comment from city attorney Steve McHugh, who has acted as a spokesman for the city and police in the matter, wasn't immediately returned.

The lawsuit charges that all the defendants were guilty of negligence and that the officers were guilty of recklessness and depriving Crawford of his constitutional rights, including the right to be free of unreasonable seizures and excessive use of force.

The lawsuit also alleges that Wal-Mart was negligent "concerning the placement of guns at its stores and also acted negligently in failing to secure" the air rifle, which the family's attorneys said was left unpackaged on a shelf.

Wright said the family hopes the lawsuit will bring changes in the police department and Wal-Mart's merchandising practices.

"We want to be sure that this tragedy does not happen to any other family," he said.

The lawsuit seeks at damages of at least $75,000, but that amount could change as the case proceeds, attorneys said.