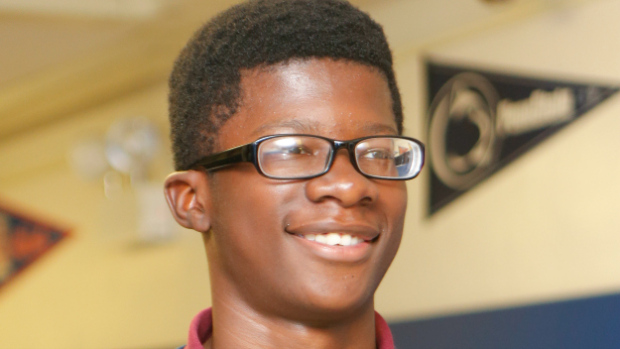 CHICAGO -- A Chicago teenager was shot to death Saturday as he apparently tried to defend his 15-year-old twin brother from armed attackers, reports CBS Chicago.

A 17-year-old has been charged with murder in the shooting death of Demario Bailey during what was reportedly an attempt to steal Bailey's Columbia winter jacket. Two more suspects were arrested Monday and charges against them were expected Monday afternoon, reports the station.

The 17-year-old was arrested Sunday and charged with three felonies, including first degree murder, reports CBS Chicago. He was due in bond court Monday.

Demario Bailey was killed Saturday in the Englewood neighborhood on the city's South Side, three days before his 16th birthday.

The victim's aunt, Michelle Fitzpatrick, says her nephew and his twin brother, Demacio Bailey, were walking to Demacio's basketball practice when would-be robbers demanded Demario's jacket. Fitzpatrick says Demario Bailey was shot in the chest when he wouldn't comply, and died a short time later.

"He wasn't a drug dealer, he wasn't a gangbanger, he was an upstanding kid," Holman told the station.

Holman said the surviving twin, Demacio Bailey, was "traumatized." "Can you imagine one minute you're walking with your brother and the next minute your brother is landing on the ground?"

The Cook County state's attorney's office tells the station the 17-year-old suspect lives a few blocks from where the shooting took place.