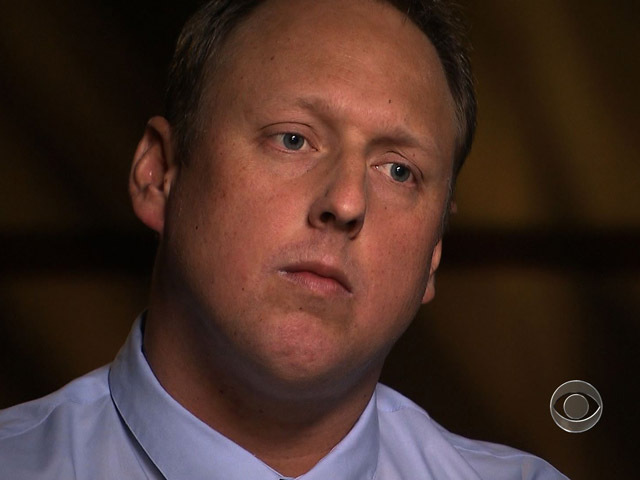 (CBS News) Phony vials of the life-saving cancer drug Avastin have turned up in as many as 19 medical clinics here in the U.S. CBS News chief investigative correspondent Armen Keteyian looked into where they came from.

In his report Tuesday, Keteyian said the fake Avastin through the United Kingdom, Denmark, Switzerland, Turkey and Egypt. He was still working to find the original source of the counterfeit drugs, but he did find the man whose company shipped them to the U.S.

CBS News traveled to the Caribbean nation of Barbados to sit down with the man responsible for bringing counterfeit Avastin into the United States, Tom Haughton.

How fake Avastin from overseas ends up in U.S.
Shipper of fake Avastin: "I have nothing to hide"

A source close to a federal criminal investigation told CBS News that Haughton's role in importing the Avastin into the U.S. is key part of the probe.

Haughton said he broke no laws.

"I have nothing to hide," he told us. "The businesses that I have are ethical, safe and legal."

"You talk about safety," said Keteyian, "but the fact is, according to you, 36 packets of the fake Avastin got into the hands of doctors and in the hands, potentially, of patients. So how can it be so safe?"

"Because we followed protocol," said Haughton. "We, as a licensed registered U.K. wholesaler, bought the product through the trusted and controlled EU supply chain.

"Do you know what was in the fake Avastin?" Keteyian asked Haughton. "There was salt and starch, and there was acetone. But there was nothing in there that would fight cancer."

"Well, and for me, that is shocking and so disappointing."

According to the U.S. Food and Drug Administration, the only Avastin approved for use in the U.S. is made in the U.S. by Genentech. Haughton, who operates several pharmaceutical-related businesses in Barbados, repeatedly blamed his European supplier and regulators for failing to discover the counterfeit drug.

"We are legally entitled to sell any products, with our license, to any registered or licensed doctor, wholesale, so the question--" said Haughton.

Watch a "CBS Evening News" video about how fake Avastin ended up in the U.S. below:

"Not according to the FDA, you're not," said Keteyian.

"Then you need to go to these clinics."

"So now it's the clinics' fault? It's not your fault for bringing in through your company, into the United States Avastin that turned out to be fake?"

"These clinics, they purchased this product, and we're not in the U.S.," said Haughton. "So I'm not sure what the U.S. laws are. They would have to make sure what they're doing."

"You're not sure what the U.S. laws are regarding the use of Avastin, a cancer-fighting drug, a life-saving drug in the United States?" asked Keteyian.

"I'm telling you that my wholesaler in the United Kingdom--"

"Yeah, and I know what the laws are in the U.K. But you'd have to ask those clinics."

"So you don't know, though, really, whether that product, which turned out to be fake was made in someone's bathtub, in Egypt or in Turkey?" asked Keteyian.

"I'm not going to speculate," said Haughton. "But I know for a fact that my business followed protocol. They purchased this Avastin through a licensed and registered wholesaler. We bought it through the regulated and EU supply chain."

Situations like this are why federal health officials prohibit the importation of drugs through sources not approved by the FDA. As one expert told us, once you step outside the regulated route for drugs, you might as well be playing Russian roulette.