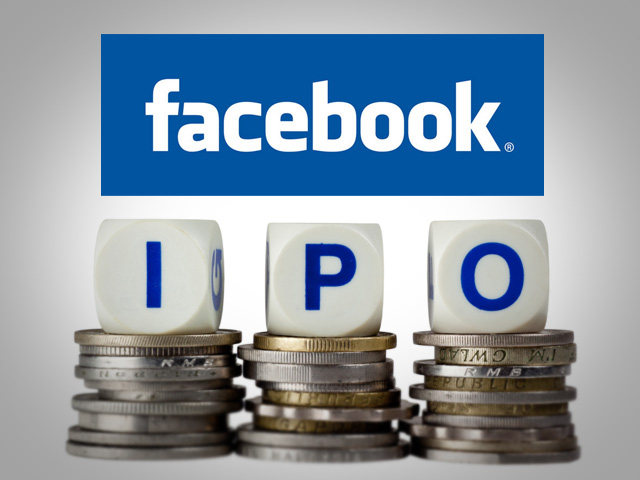 That means anyone with the right amount of cash will be able to own part of a Silicon Valley icon that quickly transformed from dorm-room startup to cultural touchstone.

If its initial public offering of stock makes enough friends on Wall Street, Facebook will probably make its stock-market debut in three or four months as one of the world's most valuable companies.

In its regulatory filing with the Securities and Exchange Commission, Facebook Inc. indicated it hopes to raise $5 billion in its IPO. That would be the most for an Internet IPO since Google Inc. and its early backers raised $1.9 billion in 2004. The final amount will likely change as Facebook's bankers gauge the investor demand.

Joining corporate America's elite would give Facebook newfound financial clout as it tries to make its service even more pervasive and expand its audience. It also could help Facebook fend off an intensifying challenge from Google, which is looking to solidify its status as the Internet's most powerful company with a rival social network called Plus.

The intrigue surrounding Facebook's IPO has increased in recent months, not only because the company has become a common conduit -for everyone from doting grandmas to sassy teenagers- to share information about their lives.

Zuckerberg, 27, has emerged as the latest in a lineage of Silicon Valley prodigies who are alternately hailed for pushing the world in new directions and reviled for overstepping their bounds. In Zuckerberg's case, a lawsuit alleging that he stole the idea for Facebook from some Harvard classmates became the grist for a book and a movie that was nominated for an Academy Award last year.

Even before the IPO was filed, Zuckerberg was shaping up as his generation's Bill Gates — a geek who parlayed his love of computers into fame and fortune. Forbes magazine estimated Zuckerberg's wealth at $17.5 billion in its most recent survey of the richest people in the U.S.

Depending on how long regulators take to review Facebook's IPO documents, the company could be making its stock market debut around the time that Zuckerberg celebrates his next birthday in May.

The IPO filing casts a spotlight on some of Facebook's inner workings for the first time. Among other things, the documents reveal the amount of Facebook's revenue, its major shareholders, its growth opportunities and its concerns about its biggest competitive threats.

What's not in there, yet, is Facebook's market value. That figure could hit $100 billion, based on Facebook's rapid growth and the appraisals that steered investors who bought stakes while the company was still private.

Facebook heads a class of Internet startups that have been going public during the past year.

The early crop has included Internet radio service Pandora Media Inc., professional networking service LinkedIn Corp. and daily deals company Groupon Inc. Most of those Internet IPOs haven't lived up to their lofty expectations. The list of disappointments includes Zynga Inc., which has built a profitable business by creating a variety of games to play on Facebook. Zynga's stock fell 5 percent below its IPO price on the first day of trading.

Facebook stands apart, though. As it rapidly expands, people from Silicon Valley to Brazil to India use it to keep up with news from friends and long-lost acquaintances, play mindless games tending virtual cities and farms and share big news or minute details about their days. Politicians, celebrities and businesses use Facebook to connect with fans and the general public.

More than half of Facebook users log on to the site on any given day. Using software developed by outside parties — call it the Facebook economy — they share television shows they are watching, songs they are playing and photos of what they are wearing or eating. Facebook says 250 million photos alone are posted on its site each day.

To make money, Facebook sells the promise of highly targeted advertisements based on the information its users share, including interests, hobbies, private thoughts and relationships. Though most of its revenue comes from ads, Facebook also takes a cut from the money that apps make through its site. For every dollar that "FarmVille" maker Zynga gets for the virtual cows and crops it sells, for example, Facebook gets 30 cents.

For all of Facebook's success, the company has had its share of troubles. It went through a series of privacy missteps over the years as it pushed users to disclose more and more information about themselves. Most recently, the company settled with the U.S. Federal Trade Commission over allegations that it exposed details about people's private lives without getting legally required consent. And the legal fights over Facebook's origins have been embarrassing and sometimes distracting, though Zuckerberg has consistently denied allegations that have depicted him as a ruthless weasel.

Zuckerberg has made it clear he isn't especially keen on leading a public company. He has said many times that he prefers to focus on developing Facebook's products and growing the site's user base, rather than trying to hit quarterly earnings targets in an effort to keep investors happy.

Lately, though, he has matured into the role, said Scott Kessler, a Standard & Poor's equity analyst who follows Internet stocks.

"Clearly he is a very smart and shrewd person," he said.

Zuckerberg has surrounded himself with other savvy executives, who are often more experienced. They include Chief Operating Officer Sheryl Sandberg, who helped build Google's advertising business before Facebook lured her in 2008. Facebook's finance chief is David Ebersman, a former executive at biotech firm Genentech.

Amid the buoyant optimism about Facebook's prospects as a public company, some analysts see troubling parallels to the dot-com boom of the late 1990s, which turned into a devastating bust in the early 2000s. The biggest fear is that some investors will become so enamored with Facebook's brand and brawn that the will try to buy the IPO share with little financial analysis or recognition of the risks.

"It's a one-day circus," said John Fitzgibbon, founder of IPOscoop.com.

The IPOs of Zynga and LinkedIn showed that success isn't guaranteed even for profitable companies with huge followings. Zynga's stock is currently trading just slightly above its IPO price. LinkedIn is considerably higher, but still far below the $122.70 record that it hit on its first trading day.

"It seems there's so much excitement, innovation around Internet startups in Silicon Valley and yet a lot of these companies ... have not performed well at all," Kessler said. "The concern is the sustainability of the growth and profitability. It's very, very difficult to prove those things out over a short period of time."