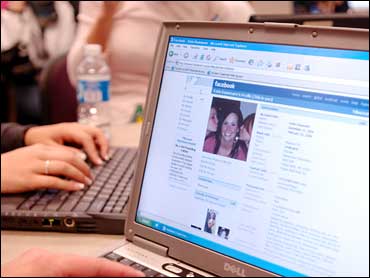 Seeking to keep the peace in its popular online hangout, Facebook Inc. has overhauled a new advertising system that sparked privacy complaints by turning its users into marketing tools for other companies.

Under the changes outlined late Thursday, Facebook's 55 million users will be given greater control over whether they want to participate in a three-week-old program that circulates potentially sensitive information about their online purchases and other activities.

Facebook provided two different opportunities to block the details from being shared, but many users said they never saw the "opt-out" notices before they disappeared from the screen.

With the reforms, Facebook promised its users will now have to give their explicit consent, or "opt-in," before any information is passed along.

The concessions were made after more than 50,000 Facebook users signed an online petition blasting the system, called "Beacon," as a galling intrusion that put the Palo Alto-based startup's pursuit of profit ahead of its members' privacy interests.

More than 40 different Web sites, including Fandango.com, Overstock.com and Blockbuster.com, had embedded Beacon in their pages to track transactions made by Facebook users.

Unless instructed otherwise, the participating sites alerted Facebook, which then notified a user's friends within the social network about items that had been bought or products that had been reviewed.

Facebook thought the marketing feeds would help its users keep their friends better informed about their interests while also serving as "trusted referrals" that would help drive more sales to the sites using the Beacon system.

But thousands of Facebook users viewed the Beacon referrals as a betrayal of trust. Critics blasted the advertising tool as an unwelcome nuisance with flimsy privacy protections that had already exasperated and embarrassed some users.

"There are cases where Christmas presents people bought have been made public, spoiling the surprise, because friends now know what their friends bought them," says CBS News technical analyst Larry Magid, after Beacon shared information from Overstock.com. Other users say they were unnerved when they discovered their friends had found out what movies they were watching through purchases made on Fandango.

If Facebook adheres to the new "opt-in" standard, "it would be a significant step in the right direction," said Adam Green, a spokesman for MoveOn.org, which launched the petition drive to revamp Beacon just nine days ago. "It also says a lot about the ability of Internet user to band together to make a difference."

Ironically, the petition was circulated on Facebook, notes Magid.

The backlash against Beacon illustrated the delicate balancing act that Facebook must negotiate as the company tries to cash in on its popularity without alienating the users fueling its success.

Beacon is a key component in Facebook's "Social Ads" program, which is vying to make more money from the rapidly growing audience that uses the social network's free services as a place to flirt, gossip and share personal passions.

Privately held Facebook already is believed to generate more than $150 million in annual revenue after just three years in business, but it's under pressure to accelerate its growth.

Microsoft Corp. raised the stakes last month by paying $240 million for a 1.6 percent stake. The investment valued Facebook at $15 billion - an assessment that will require the company to become a lot more profitable in the next few years.

Skeptics have questioned Facebook's market value, given the company's brief existence and the inexperience of its 23-year-old chief executive, Mark Zuckerberg, who started the social network in 2004 while he was still a Harvard University student.

This isn't the first time that Facebook has done an about-face after introducing a feature that raised privacy concerns. Last year, Facebook rolled out a "news feeds" tool that tracked changes to users' profiles. After thousands of users rebelled, Zuckerberg issued a contrite apology and added a way to turn off the news feeds.

This time around, a customer support representative expressed Facebook's regrets in a Wednesday night note that foreshadowed the changes made Thursday.

"We're sorry if we spoiled some of your holiday gift-giving plans," Facebook's Paul Janzer wrote in a posting addressed to Beacon's critics. "We are really trying to provide you with new meaningful ways, like Beacon, to help you connect and share information with your friends." Janzer also acknowledged Beacon "can be kind of confusing."

Zuckerberg, whose stake in Facebook is worth $3 billion, thought Beacon's referral system would be seen as friendly product endorsements that generated more sales than traditional advertising. He hailed the distribution of peer recommendations as advertising's "holy grail" when Beacon was introduced earlier this month.

But Beacon may lose some of its luster with the tougher privacy controls. That's because fewer people typically participate in services with opt-in provisions.