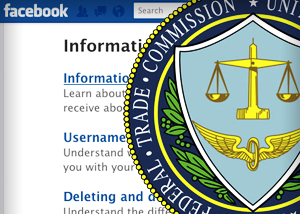 (CNET) The Federal Trade Commission (FTC) has inked a final settlement with Facebook over the company's privacy practices.

Under terms of the settlement, Facebook has agreed to provide users with "clear and prominent notice" anytime their information is shared. But before that can happen, Facebook must obtain its users' "express consent" before sharing any information that exists outside the auspices of its privacy settings. In addition, the agency will force Facebook to maintain a "comprehensive privacy program," and subject its service to biennial privacy audits.

The FTC first announced the settlement with Facebook back in November. Following that, the government organization gave the public time to comment. Today's announcement marks an official end to the investigation, and will now force Facebook to comply. If it doesn't, the company could be subject to civil penalties of up to $16,000 for each violation of the order.

The agency kicked off its investigation into Facebook's privacy practices back in 2009 after several watchdogs filed a complaint charging the social network with exposing information users had previously set to private. Facebook also claimed that third-party apps access to user information would be limited to what was necessary to operate. However, the apps were able to access nearly all of the users' personal data, the FTC reported in its findings.

The FTC yesterday settled its another privacy complaint it launched against Google over the search company's alleged user tracking in Apple's Safari browser. Unlike the Facebook settlement, Google was hit with a $22.5 million fine -- the largest ever for violation of the agency's order.

As with the Google deal, the FTC says that its settlement with Facebook is in the public's interest. However, the agency made it clear that if Facebook doesn't adhere to its order, it will take action.

"We intend to monitor closely Facebook's compliance with the order, and will not hesitate to seek civil penalties for any violations," the agency's commissioners wrote today in a joint statement.

This story has been updated throughout the morning.