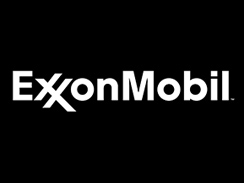 It produced less oil and natural gas. Profits dropped at its chemical plants and U.S. refineries. And its overall net income fell 11 percent, the first decline in quarterly earnings since late 2009.

America's largest energy company earned $9.45 billion, or $2 per share - short of Wall Street expectations and below the $10.7 billion, or $2.14 a share, it earned a year earlier. Revenue rose 8.8 percent to $124.1 billion, but that also fell short of analysts' forecasts.

Other energy companies face similar production problems. Output was nearly unchanged at Royal Dutch Shell and it dropped at ConocoPhillips. Each struggled to generate revenue from U.S. natural gas fields as prices for the fuel plunged.

Exxon falls to No. 2 in oil production
Obama: Congress should end oil subsidies
Exxon's top exec got a 17% pay raise in 2011

Exxon Mobil's oil production slipped by 7.7 percent and natural gas production fell by 3.4 percent. The declines resulted from aging fields and contracts with foreign governments that limited the amount of oil and gas the company could sell.

Analysts are concerned about what Exxon will do with its natural gas fields in the U.S., where prices have dropped to 10-year lows. The company has kept its natural gas rigs pumping while other big producers like Chesapeake Energy Corp. and ConocoPhillips have shut down many of theirs.

There was some positive news for investors. The company sold oil for higher prices around the world, and international natural gas prices rose by 16 percent. Profit rose for its international refining operations. Exxon also plans to boost its quarterly dividend by 21 percent, the largest increase since it 1975, making it the biggest corporate dividend payer.