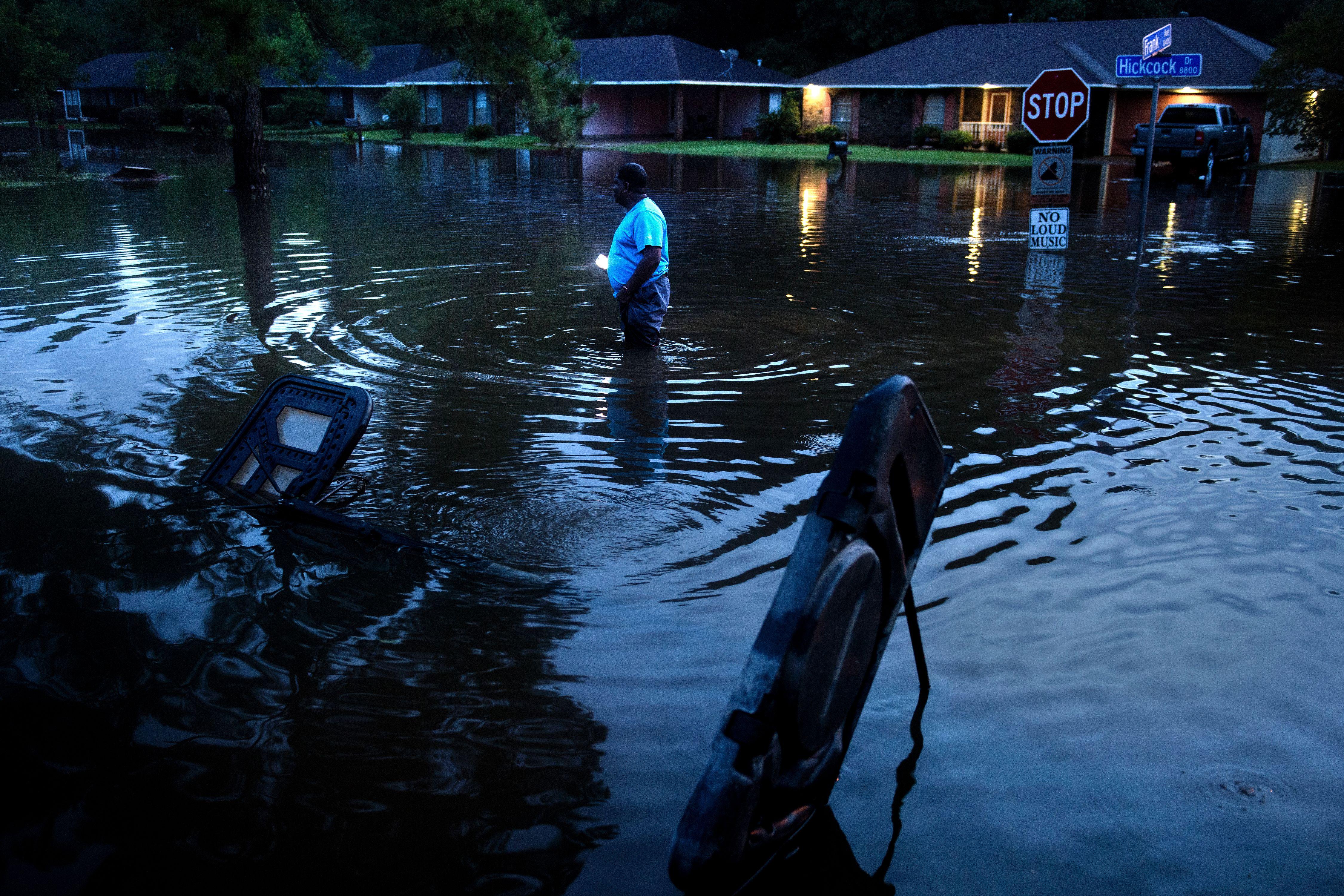 GONZALES, La. -- The heartbreaking task of sorting through waterlogged belongings and ripping out carpets and drywall is kicking into high gear Wednesday in flood-wracked southern Louisiana as the state faces a long-term challenge of how to house thousands of displaced people.

But even as the water receded in some areas, it was rising in others downstream, sending people fleeing to shelters.

Officials painted a stark picture of the crisis: at least 40,000 homes damaged and 11 people killed in some of the worst flooding in Louisiana history. More than 30,000 people have been rescued since Friday.

Officials started going house to house to ensure everyone was accounted for. They also searched countless cars caught in the flooding.

“I don’t know (that) we have a good handle on the number of people who are missing,” the governor said.

About 60,000 people have signed up for assistance from the Federal Emergency Management Agency, and 20 parishes were included in a federal disaster declaration.

And help was coming from quarters beyond the federal government.

Performer Taylor Swift told The Associated Press she is donating $1 million to flood relief. She noted the state’s residents graciously welcomed her kickoff of the U.S. dates of her “1989 World Tour” in Louisiana last year.

“The fact that so many people in Louisiana have been forced out of their own homes this week is heartbreaking,” the 26-year-old said in a statement. “I encourage those who can to help out and send your love and prayers their way during this devastating time.”

There were scattered reports of looting, and Louisiana Gov. John Bel Edwards said parishes with widespread damage were being placed under curfew as of Tuesday night.

The smell of muddy water hung heavy in the air as people donned surgical masks and began the back-breaking job of ripping out soggy carpet, drywall and insulation. They cleared out spiders and cockroaches that had bubbled up through the sewer grates.

By noon Tuesday, more than two dozen volunteers had arrived at Rhonda Brewer’s Baton Rouge home, helping her take water-damaged belongings to the curb. Volunteers worked to remove wooden floor boards, sheet rock and insulation before the mold set in.

“The water was waist deep, so it’s iffy if I can take the sheet rock and insulation half way or have to go to the ceiling,” she said. “If we don’t make it in time, we trash it.”

In Livingston Parish, one of the hardest-hit areas with about 138,000 people, an official estimated that 75 percent of the homes were a total loss.

Officials from Livingston Parish were in Baton Rouge on Tuesday to talk to federal officials about getting some sort of temporary housing for their first responders - a sign of the housing crunch likely to come with so many people out of their homes for weeks and perhaps months.

Rivers and creeks were still dangerously bloated south of Baton Rouge as water drained toward the Gulf of Mexico.

Nearly 800 evacuees waited Tuesday in a makeshift Red Cross shelter in Gonzales at the Lamar Dixon Expo Center, a multipurpose facility that has hosted rodeos, car and truck shows and concerts.

Floyd Melancon, 71, and his partner, Judy McGehee, 61, remained in the dark about how much water - if any - their Prairieville home received.

“My neighbor sent me a picture. Water was in the yard. I don’t know where it’s at right now,” Melancon said. “Judy and I think it’s come up since then.”

In the house for 14 years, the couple doesn’t have flood insurance to cover repairs.

“We weren’t in a flood zone. It had never flooded before,” McGehee said.

Many of the homeowners in inundated areas have no flood insurance, leaving them prone to draining savings accounts and relying on federal disaster programs to rebuild and repair.

Insurance Commissioner Jim Donelon said that, in hard-hit Baton Rouge, only 12 percent of residences are covered by flood insurance, and 14 percent in Lafayette - figures he called “shocking.”

People in many of the areas that remain underwater weren’t considered to be in high-risk flooding areas and weren’t required to carry flood insurance by mortgage lenders.

The governor said he is worried about “battle fatigue” setting in as rescuers and residents deal with day upon day of stress.

The trauma was evident among people who went back to their homes.

David Key used a small boat to get to his house in Prairieville and said it had taken on 5 inches of “muddy, nasty bayou water.” There were fish and thousands of spiders, and mold had started to grow.

“I’m not going to lie, I cried uncontrollably,” he said. “But you have to push forward and make it through. Like everybody says, you still have your family.”