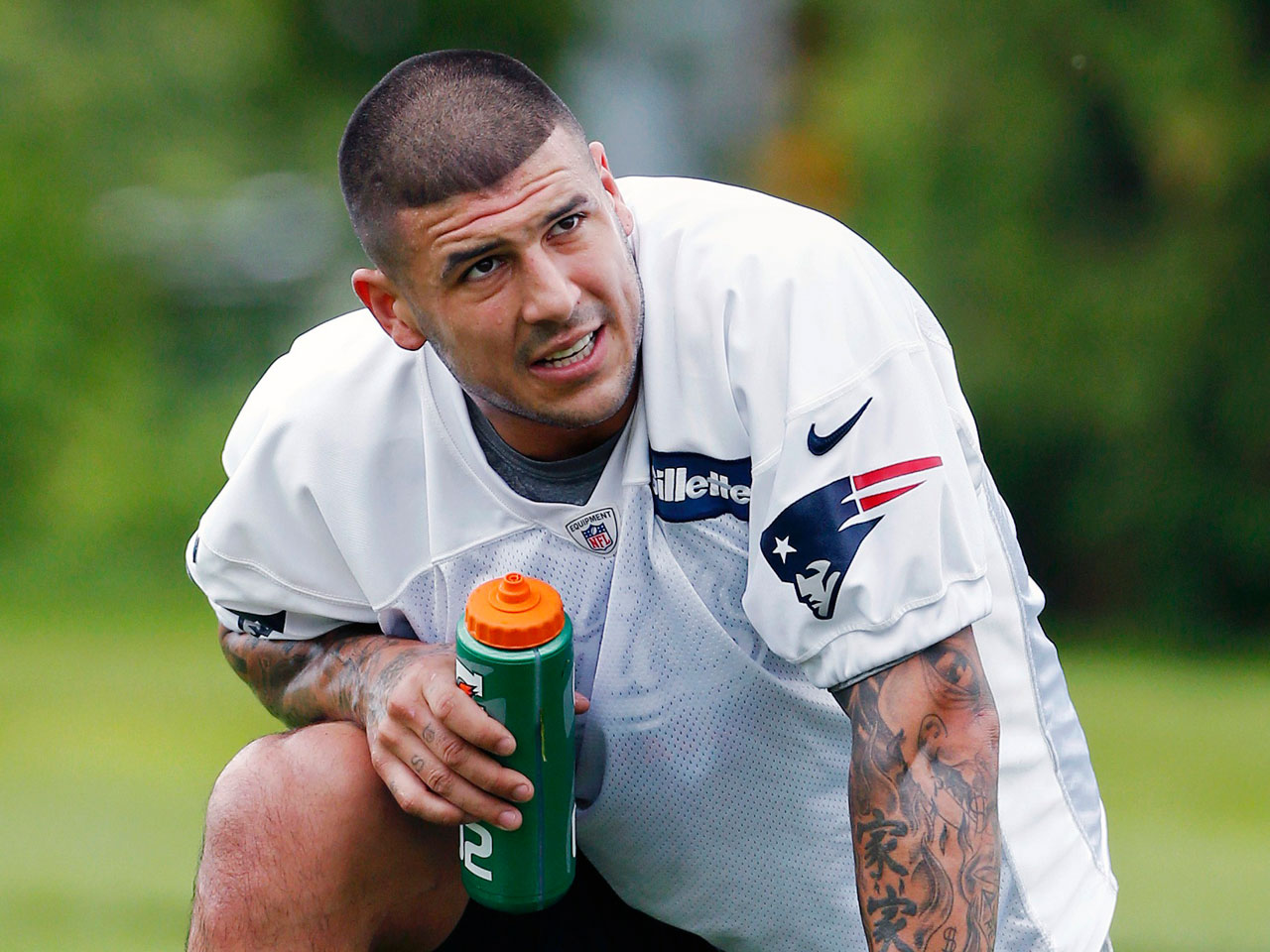 (CBS/AP) MIAMI - Aaron Hernandez, a tight end for the New England Patriots who is already connected to a homicide victim in Massachusetts, is being sued by a man claiming Hernandez shot him in the face after they argued at a strip club in Miami in February.

The federal lawsuit filed in Florida late Wednesday by 30-year-old Alexander Bradley is seeking at least $100,000 in damages. Bradley claims he and Hernandez were with a group in at Tootsie's club in Miami when the two got into an argument. Later, as they were driving to Palm Beach County, Bradley claims Hernandez shot him with a handgun, causing him to lose his right eye.

Bradley, who is from Connecticut, also suffers from jaw pain, headaches, permanent injury to his right hand and arm and will probably need further surgery, according to the lawsuit. He has already undergone facial reconstruction surgery and has plates and screws in the right side of his face.

Bradley "will require extensive medical care and treatment for the rest of his life," the four-page lawsuit says.

Bradley did not mention Hernandez in a Palm Beach County Sheriff's Office report at the time. Bradley, found shot and bleeding Feb. 13 in an alley behind a John Deere store, initially told investigators he did not know who shot him and gave only a vague description of possible assailants. A store employee found Bradley after hearing a shot outside, but the store's video surveillance system wasn't working.

Hernandez's lawyer did not immediately respond Thursday to an email seeking comment about the lawsuit. The lawsuit does not mention how Hernandez and Bradley are acquainted.

The lawsuit comes on the heels of a police investigation in Massachusetts into the death of 27-year-old semi-pro player Odin Lloyd. Lloyd's body was found in an industrial park near Hernandez's home in North Attleboro, Mass. Lloyd's family has said he had some connection to Hernandez but would not elaborate. CBS Boston reports Lloyd was dating the sister of Hernandez's fiancée.

Media camped out Thursday at Hernandez's home, on the Rhode Island state line and not far from the Patriots' stadium in Foxborough. A news helicopter followed along as Hernandez drove in a white SUV from his home to the stadium, then got out and went inside.

Patriots spokesman Stacey James said the team had no comment on why Hernandez was there. He said earlier that the team did not anticipate commenting publicly during the police investigation.

Hernandez attorney Michael Fee acknowledged media reports about the state police search of Hernandez's home as part of an investigation but said he and the player wouldn't have any comment on it.

Sports Illustrated reported that the link between Hernandez and the case was a rented Chevrolet Suburban with Rhode Island plates that police had been searching for. The Associated Press could not independently confirm the report.

Lloyd's neighbor Larry Connors said a black Suburban with Rhode Island license plates was towed out of the yard of Lloyd's house after his body was found. Lloyd had been driving it for a few days, but Connors had never seen it before that.

District Attorney Samuel Sutter's office said investigators were asking for the public's help to find a silver mirror cover believed to have broken off a car between Boston and North Attleboro.

A Massachusetts State Police emergency response team on Thursday was searching the brush with metal detectors and poles on a road leading to the entrance to Hernandez's subdivision.

The Patriots drafted Hernandez out of the University of Florida in 2010. Last summer, the team gave him a five-year contract worth $40 million.

Hernandez said after he was drafted that he had failed a drug test while at Florida and had been upfront with NFL teams about the issue.