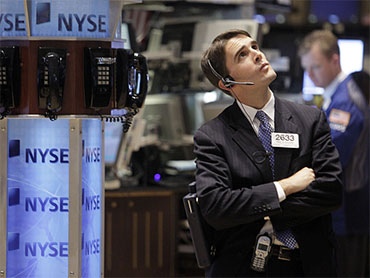 More than 80 percent of major companies reporting third-quarter results this month have beaten Wall Street expectations. So is business that good? No. Are companies gaming the system? Yes.

Corporate America has a habit of low-balling the earnings forecasts used by analysts to determine their estimates. That way, the bar is lower, and companies can easily jump over when the quarter's results are announced - even if profits and revenues have fallen off a cliff.

"Over the last decade, there's been a distinctive tendency for companies to underpromise and overdeliver," says Dirk van Dijk, chief equity strategist of Zacks Investment Research. "Lately companies are being even more cautious. They realize investors can very harshly punish any company that disappoints."

Beating expectations generally gives share prices a quick lift, but the news can mislead investors about the real state of the business - and just how far this economic recovery has to go. In fact, of the companies reporting third-quarter results so far, 60 percent have posted lower net income compared with a year ago.

Still, the recession has, if anything, accelerated the flow of positive earnings "surprises" as companies play it safe and issue more conservative earnings forecasts. Over the past two years, 65 percent of earnings reports have beaten estimates. Even after last fall's financial crisis, the following two quarters produced nearly twice as many beats as misses.

And this quarter, 81 percent of the first 199 companies listed on the Standard & Poor's 500 index that reported earnings came in above expectations.

Corporation X announces weeks or months ahead of time that it expects to earn, say, 55 to 60 cents per share. Analysts look at various measures of the company's financial and operating performance while compiling forecasts, but rely heavily on guidance from management. The resulting consensus forecast might be around 57 cents a share.

On earnings day, the company then reports 61 cents per share. It can rightfully say it beat analyst expectations, and shares rise. Other investors jump on the bandwagon.

The company has some ability to control the number since analysts and most media focus on the so-called adjusted earnings, which can leave out huge one-time charges such as write-offs for restructuring expenses that otherwise could drag down overall results.

The expectations game has been played since the 1990s, when analysts' aggregate predictions became widely available on the Internet.

But the focus on expectations can distract investors from more meaningful numbers. This past summer, earnings stories trumpeted how banks did better than expected. But in stressing the surprise factor, many investors lost sight of the fact that earnings were down considerably for most banks and that troubles still shadow the sector.

In the last 15 years, 61 percent of earnings reports by the nation's largest publicly traded companies - those listed on the S&P 500 - have surpassed Wall Street's consensus estimates. Only 21 percent fell short, while 18 percent matched estimates, according to Thomson Reuters data.

There has never been a single quarter during that period when more companies have missed earnings than beat the Street.

Some companies are more blatant about managing expectations than others.

Apple Inc. is notorious for lowballing its outlooks. The computer maker topped analysts' estimates on Monday for the 27th quarter in a row. It has not come up short on earnings day since the first quarter of 2001. Apple declined to comment on the trend.

Then there's Cisco Systems Inc., which once beat forecasts by exactly 1 cent per share for 13 straight quarters, from 1998-2001. Coming within a penny so many times during that period merely shows the company was "conservative and transparent in communicating quarterly business conditions to investors," according to spokesman Terry Alberstein.

Stock analysts cannot automatically be blamed for consistently erring on the low side. Until results become public, they must depend in large part on what companies disclose about their performance. A company may deliberately give low guidance so it can top expectations, but that's hard for analysts to counter without evidence.

Brian Marshall, a technology analyst for the brokerage firm Broadpoint AmTech, says Apple's guidance is "almost absurdly low" but there's only so much analysts can do.

"The funny part is, people, including myself, try to see through it," he says.

He inputs hundreds of numbers into his forecast model each quarter, such as gross profit margin, average selling price for various products, the company's past guidance and earnings, and data from other manufacturers and suppliers. Analysts also weigh whether a company has a history of issuing earnings results that do not include special accounting charges.

Marshall's estimates for Apple's latest quarter were the highest on Wall Street. Yet the company topped his expectations by 16 cents per share and $200 million in sales. Its stock jumped 5 percent on the news.

Analysts also may have their reasons for wanting to stay on management's good side.

Companies are required to disclose material information to all investors at the same time. But their top executives can still show up at a firm's annual conference or talk about the industry, notes David Weild, senior adviser at accounting firm Grant Thornton.

"It's pretty widely known that the big-cap companies who are highly sought after can withhold access to get the results they're looking for, and that includes managing down expectations," Weild says.

Carefully managed by companies or not, expectations matter.

A study of stock returns from 1994-2007 concluded that analyst forecasts were the second-most influential force on price movements. Management forecasts topped the list, according to Beverly Walther, an accounting professor at Northwestern University's Kellogg School of Management who co-authored a newly released report.

But the market impact may be a bit more muted than it was before last year's meltdown. Failing to meet expectations still moves the market, but "it's not as dramatic now," says Matt Lloyd, chief investment strategist for Advisors Asset Management, an investment advisory firm.

"There's a lot of cynicism right now toward estimates - among investors, among everybody," Lloyd says. Because so many economists and analysts failed to see the financial crisis coming, he says, "there's a little more paranoia and distrust."