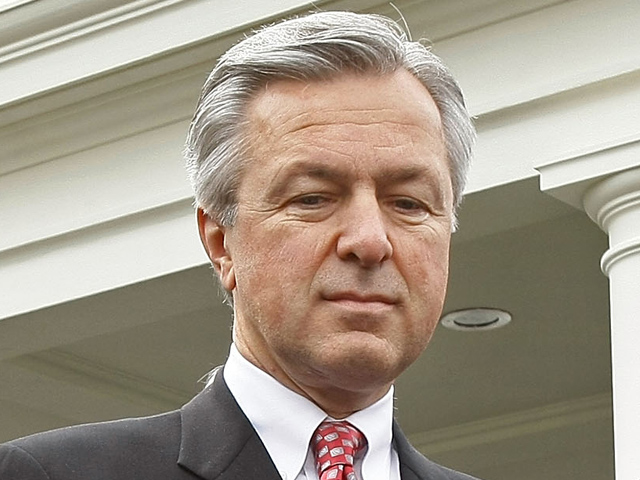 (MoneyWatch) In a June interview with The Charlotte Observer, Wells Fargo CEO John Stumpf rejected allegations of predatory lending by the banking giant, especially in how it deals with minorities. "We make those loans in a fair and responsible way. We absolutely do not tolerate discrimination. We do not use race in our underwriting criteria. . . . No matter whether they come through the subprime channel or the prime channel, we give them the best deal so they can get the very best rate."

The comments echoed the executive's remarks to lawmakers earlier this year, when he said Wells recognizes that many of its customers "are facing difficult times" and that "now, as always, we want to do what's right for them."

Which is why it's illuminating to peruse this recent interview with one Elizabeth Jacobson, who until 2007 was Wells's top producer of subprime mortgage loans. She says it was standard practice at the company to deliberately steer borrowers -- even those with strong credit who qualified for prime loans -- into subprime products.

The comp structure at Wells was set up so loan officers could earn commissions four times as large for originating subprime mortgages as for prime loans, Jacobson adds. As she explains, those subprime loans carried an attractive teaser rate, but reset after a couple years, rising upwards of 12 percent.

Jacobson and another Wells employee this summer filed affidavits as part of a 2008 lawsuit by Baltimore city officials claiming that the company targeted blacks in Maryland for high-interest subprime mortgages. Wells denies the allegations.

In July, the Illinois attorney general filed a separate suit charging Wells with illegally discriminating against black and Latino homeowners by selling them high-cost subprime loans, while white borrowers with similar incomes received lower cost mortgages. An analysis of Wells' lending practices in the Chicago metro area showed that roughly 34 percent of blacks earning $120,000 or more received subprime loans from Wells in 2007. By comparison, less than 22 percent of white borrowers earning less than $40,000 per year got high-cost loans from the lender.

How did Wells allegedly funnel borrowers into subprime loans? In the affidavit (subscription required), Jacobson says loan officers might instruct customers not to put any money down on the loan and to instead borrow the whole amount, even if they could afford a big enough down payment to qualify for a prime loan. Another tactic was to tell borrowers that to complete the loan application quickly they had to obtain a subprime mortgage.

And for lower-interest Federal Housing Administration loans, Wells loan officers were required to have a subprime mortgage applicant sign a document that "stated that the borrower may qualify for a government-insured loan but did not want it because it was too much paperwork," according to the affidavit.

Wells dispatched subprime loan officers to churches in African-American communities to drum up business among black consumers, Jacbobson says. As an incentive for church leaders to play ball, the company would donate $350 to the nonprofit of the borrower's choice for every loan the person took out with Wells. How "it was sold to these churches was, well, that money then will go back to your church," she says in the interview. "Have the parishioner decide, as the church is a nonprofit, that they want that $350 to go right back to that church."

Wells, it's worth noting, has one of the worst records of working with financially strapped homeowners to modify their mortgages. Jacobson's allegations, if true -- and I see no evident reason why she would lie -- offer further reason to doubt Stump's professed concern for the company's customers.