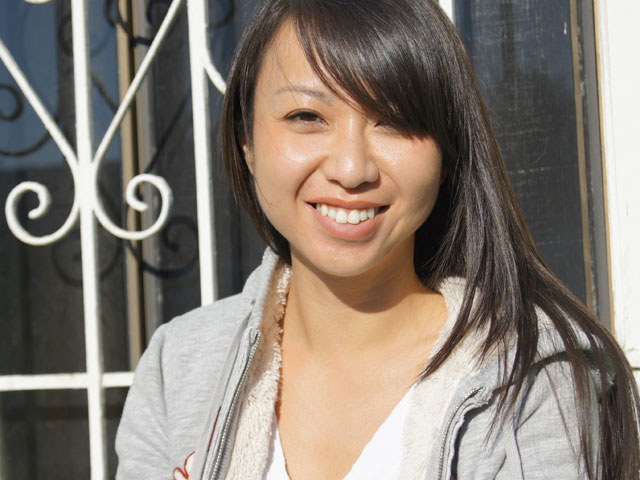 (CBS/KPIX/AP) HAYWARD, Calif. - Police have arrested 27-year-old Giselle Diwag Esteban in the death of 26-year-old Michelle Le, who was last seen May 27 leaving Kaiser Permanente Hayward Medical Center where she was doing a clinical rotation.

Police believe Esteban, a former high school friend of Le, killed the nursing student in a Hayward parking garage where Le disappeared on May 27. Le was apparently going to her car during a break in class at Kaiser Permanente Medical Center. Her body has not been found, but police have classified the case as a homicide.

Le left the medical center around 7 p.m. on May 27, telling a classmate she was going to go to her car during a break, Lt. Roger Keener said, reports CBS station KPIX.

Le's car was then found the next morning around 9 a.m. parked about a half mile from the medical center, Keener said.

He said investigators found bloodstains in the vehicle and it was later determined that the blood was Le's.

Keener also said footage from security cameras at the Kaiser Permanente parking structure showed that Esteban was present around the time of Le's disappearance. He also said additional evidence found inside Le's car indicated that Esteban had been in the vehicle.

Police served a search warrant at Esteban's house on May 29 and found a pair of athletic shoes, one of which contained Le's DNA, according to Kenner. He said police won't stop looking for Le until they find her.

"It may only be Esteban that can tell us where Michelle is," he said, reports the station.

Esteban is scheduled to be arraigned Thursday afternoon. She is being held without bail at Santa Rita Jail.