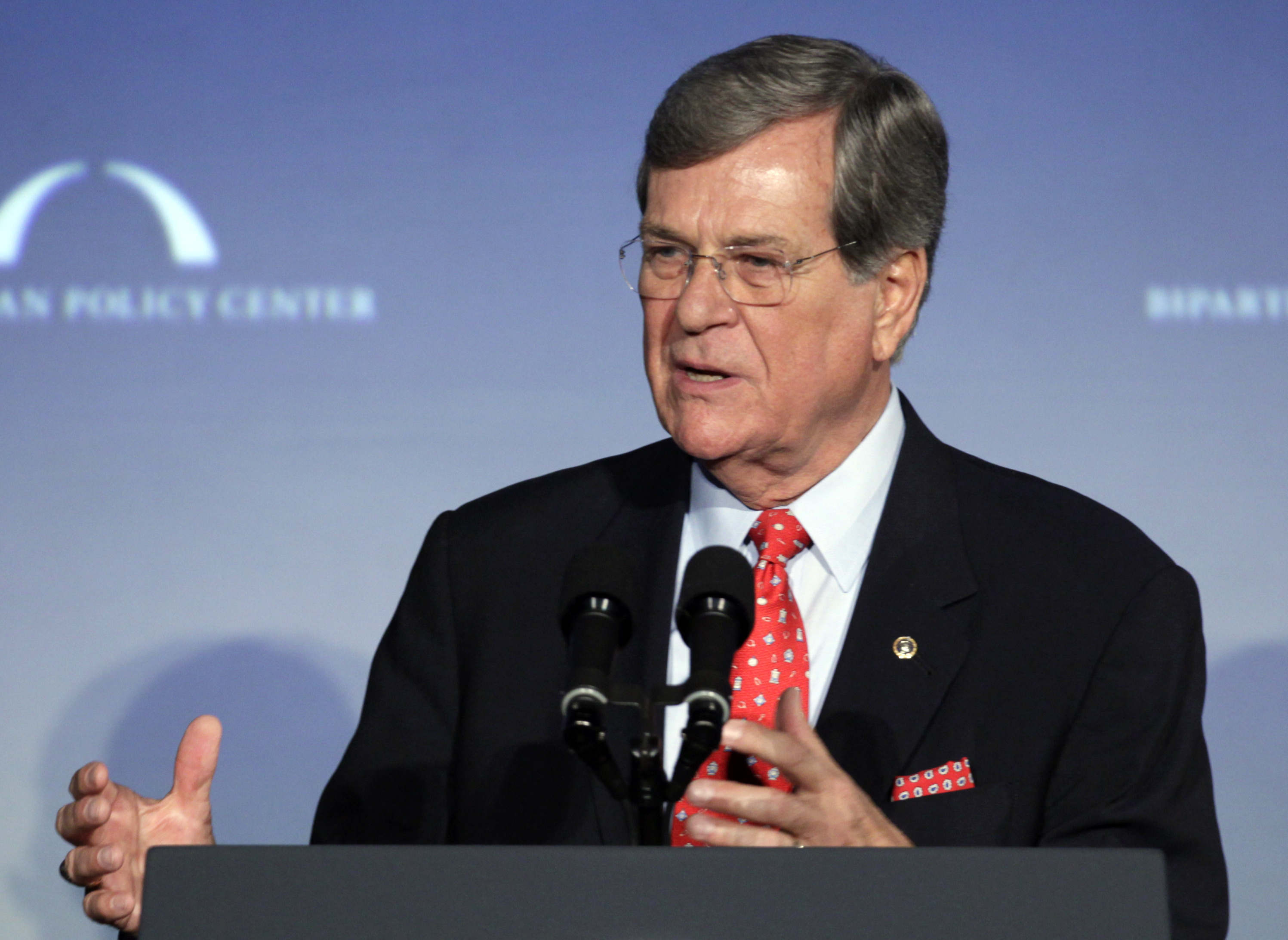 Former Republican Senate Majority Leader Trent Lott suggested in a new interview that he would have considered President Obama's forthcoming Supreme Court appointment, rather than ruling it out as Senate Republicans have done.

"I probably would've handled it differently," Lott told David Axelrod on his podcast called "The Axe Files at the University of Chicago's Institute of Politics. "My attitude, particularly on the Supreme Court, was that elections do have consequences, sometimes bad, and I tried to lean towards being supportive of the president's nominees, Democrat or Republican."

The Mississippi Republican, who served as majority leader from 1996 until 2001, said he voted to approve Justice Ruth Bader Ginsburg's nomination to the high court.

"If they were qualified by education, experience, and demeanor and had no other side problem, my predisposition was to be for them," he said.

Lott suggested he understands why Republicans have been so skeptical of the White House after the president has appointed what he called "bad" and "far left" nominees. At the same time, he wondered whether it was wise for Senate Majority Leader Mitch McConnell, R-Kentucky, to immediately oppose consideration of a nominee.

"This is a very critical appointment," he said. "This appointment could shift the balance of the Supreme Court from 5-4 one way to 5-4 the other way for years. And, you know, that is a problem."

Asked if Senate Republicans should hold a hearing for the forthcoming nominee, Lott said it depends on who the president chooses.

"If the president comes up with somebody that's credible and is a little bit more mainstream or moderate, I wouldn't be surprised to see [Judiciary Committee Chairman] Chuck [Grassley] give him a hearing," he added.

Lott's comments come just a few weeks after McConnell and Republicans on the Senate Judiciary Committee said they would not hold hearings or a confirmation vote until after the next president is sworn in next January.

The White House, meanwhile, is in the process of vetting people to replace Justice Antonin Scalia, who died on Feb. 13. GOP Gov. Brian Sandoval of Nevada was among those who were under consideration, but he took himself out of the running soon after that news leaked.