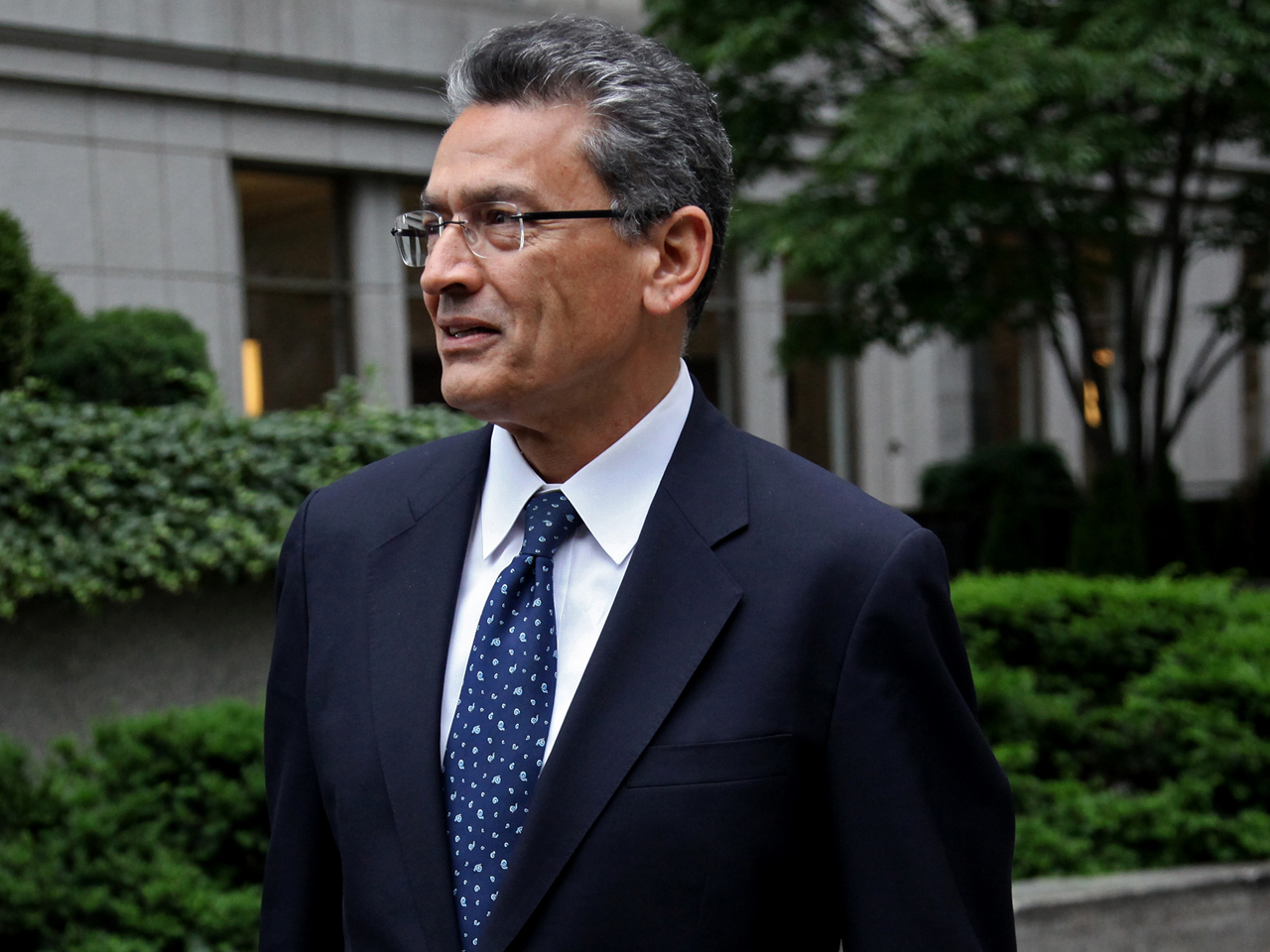 (AP) NEW YORK - A former Goldman Sachs director accused of feeding confidential information to a corrupt hedge fund manager has been convicted of conspiracy and three counts of securities fraud.

A jury acquitted Rajat Gupta on two other securities fraud counts. Gupta's adult daughters hugged and wept as the verdict was read. He showed no visible reaction.

The 63-year-old Gupta - born in India, educated at Harvard and well-known in corporate America - has been the most prominent defendant prosecuted so far in a wide-ranging probe of alleged insider trading in the hedge fund industry by investigators armed with wiretaps. His trial and one last year for former billionaire Raj Rajaratnam pulled back the curtain on how the two longtime friends and Wall Street titans navigated the turbulent waters of the 2008 economic meltdown.

The pair had "public sides of success," said Assistant U.S. Attorney Reed Brodsky said at closing arguments at the closely watched white-collar trial. "But concealed from the public was a different side - a side that committed crimes."

The prosecutor argued that secret recordings of phone calls between the two men showed that Gupta was so brazen about sharing Goldman board secrets it sounded like "he was talking about what happened at a Yankee game yesterday."

Defense attorney Gary P. Naftalis countered that the FBI wiretaps, phone records and other evidence presented by the government had only created the "illusion" that legitimate business dealings were somehow sinister.

"That is a gambit that can bamboozle people into thinking something was proven when it wasn't," Naftalis told the jury.

Naftalis said outside court that he was disappointed in the guilty verdicts.

"We believe the facts of this case demonstrate that Mr. Gupta is innocent," said Naftalis. "He always acted with honesty and integrity."

Rajaratnam, founder of the $7 billion Galleon hedge fund, was sentenced last October to an 11-year prison term on an insider-trading conviction. Less than a month later, Gupta was charged in a separate case built on the some of the same wiretap and other evidence.

Allegations that Gupta conspired with a convicted white-collar criminal represented a fall from grace: The defendant is a former chief of McKinsey & Co., a highly regarded global consulting firm that zealously guards its reputation for discretion and integrity. He also is a onetime director of the huge consumer products company Procter & Gamble Co.

During the trial that began on May 20, the government highlighted a Sept. 23, 2008, phone call it said was made from Gupta to Rajaratnam. The call came only minutes after Gupta had learned during a confidential conference call about how Warren Buffett's Berkshire Hathaway planned to invest $5 billion in Goldman - a blockbuster deal that wouldn't be announced until the stock market closed at 4 p.m.

"That news was going to be very good news for Goldman Sachs," another prosecutor, Richard Tarlowe said in closing arguments. "The average ordinary investor had no way of knowing that. ... Until the announcement, it was confidential."

Records showed that moments after the phone call ended at 3:55 p.m., Rajaratnam purchased $40 million in Goldman stock - an 11th hour trade that ended up making him nearly $1 million.

The hedge fund manager's assistant, Caryn Eisenberg, testified at trial that it was the only call her boss received on his private line that day between 3 p.m. and 4 p.m.

"That evidence is devastating for the defendant. ... If you believe Ms. Eisenberg, it's over - the defendant is guilty," Tarlowe said.

Also played at trial was a wiretap of a July 2008 phone call during which Rajaratnam grilled Gupta about whether the Goldman Sachs board had discussed acquiring a struggling bank, like Wachovia, or an insurance company.

"Have you heard anything along that line?" Rajaratnam asked Gupta.

"Yeah," Gupta responded. "This was a big discussion at the board meeting."

In another recorded phone call in 2008, Rajaratnam told one of his traders that he had got a tip "from someone who's on the board of Goldman Sachs" that Goldman was facing an unexpected quarterly loss.

Prosecutors argued the sequence of events - the phone calls, the subsequent trades and Rajaratnam's boasting about his inside connection - could not be dismissed as mere coincidence. Gupta, they said, was motivated to help Rajaratnam because he had a financial stake in some of the hedge fund manager's business ventures.

Naftalis countered that most the evidence was specific to the "secret world" of Rajaratnam and not about Gupta.

"I sometimes wondered whether Raj Rajaratnam was the man on trial," he said. His client, he added, was a victim of "pure guilt by association."