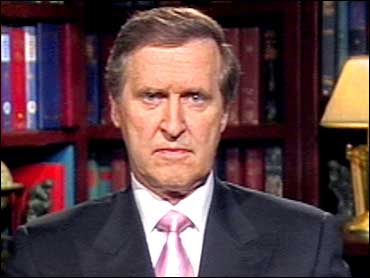 "The notion that we would attack and kill the families of terrorists is something that contravenes everything the United States stands for in this world of now disorder," said Cohen, a former Republican U.S. senator from Maine who served as Defense chief under President Bill Clinton.

Cohen said "there's something called Nuremberg that we have to be concerned about" and warned it could lead the U.S. down a slippery slope.

In December, Trump told Fox News that he would take out terrorists' families in order to defeat the Islamic State in Iraq and Syria (ISIS).

Cohen said it's "astounding" that Trump has been praising the use of waterboarding and torture.

"This is something that's quite dangerous," he said. "And I think that Mr. Trump may change the message as he proceeds toward the convention. But if we were to stay with the message I think that many of the American people would find that unacceptable, and should."

His comments after a group of national security experts denounced Trump's proposed policies in an open letter.