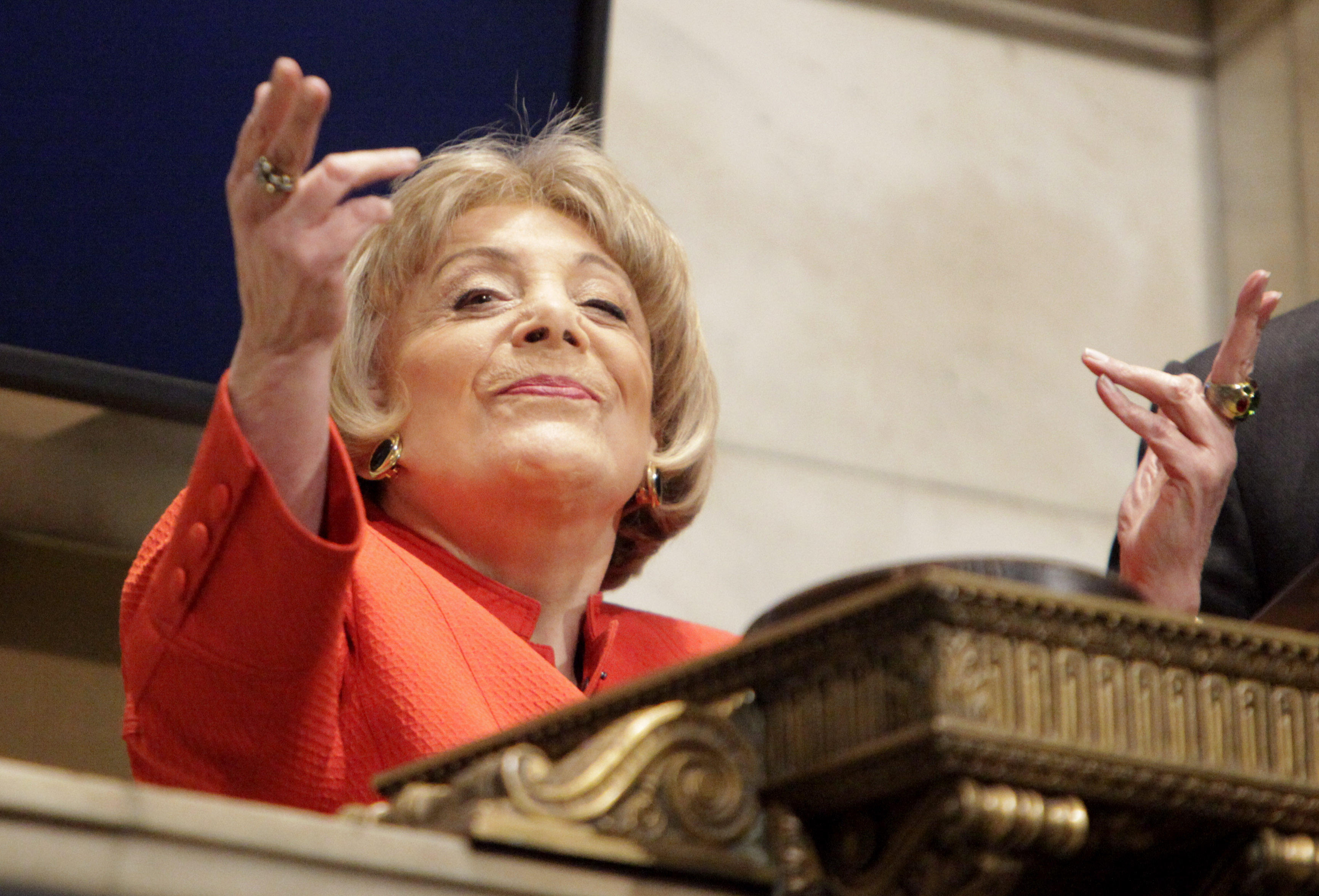 WASHINGTON — The brash shareholder activist Evelyn Y. Davis, who owned stock in more than 80 public companies and rarely failed to make her presence known at corporate-investor meetings, has died. She was 89.

For decades, Davis was notorious among executives at blue chip companies for raising a ruckus at annual meetings, sometimes turning the typically staid affairs into yelling matches.

Simultaneously confrontational and flirty, she would demand that a CEO resign, while letting on that she found the executive to be attractive.

Held in a Nazi concentration camp

Evelyn Yvonne De Jong was born to a wealthy family in Amsterdam in 1929, two months before the stock market crash pitched the globe into the Great Depression.

When World War II swept over Europe, Davis and some members of her immediate family, which had Jewish roots, were interned at a concentration camp in Nazi-occupied Czechoslovakia, a detail confirmed by the International Tracing Service, a respected archive of Holocaust-era documents.

Davis moved to the Baltimore area after the war with her neurologist father, finished her education and began investing in the 1950s.

In a biography filed with the Securities and Exchange Commission when she sat on a panel about shareholder rights, she described herself as "a four times Divorcee with NO children."

Stocks, she liked to say, were her children.

Hot pants and a bandolier

And it seemed she would do anything to advocate and raise attention for what she believed to be the safest path for her investments. She wore a bathing suit to the General Motors meeting in 1970, donned hot pants for another company's meeting and put on a bandolier for a third.

At United Aircraft, she nominated baseball star Hank Aaron to the board. It was 1974, just after Aaron beat Babe Ruth's home run record.

As Davis got older, her outfits became less outlandish. She favored expensive suits, always showing up perfectly coiffed. But there was no polishing or toning down her candor. She'd interrupt other shareholders, speak over CEOs and race to the microphone when the floor was opened for comments so that her voice was heard first.

At a Home Depot meeting in 2007, she heckled then-CEO Frank Blake. "You're a phony, Frank!" she yelled. At Bank of America in 2010, she told CEO Brian Moynihan that he looked like her handsome first ex-husband (three more were to follow). The next year, she chewed out Goldman Sachs CEO Lloyd Blankfein for the regulatory fines that the bank had racked up. She told Blankfein, however, that it wasn't personal ... that he wasn't so bad-looking.

Her bravado paid off occasionally, and after extended campaigns. In 2005, Macy's mandated that board members stand for reelection every year instead of every three years.

That had been a 17-year goal for Davis.

Davis consistently ensured her proximity to power. She got herself press credentials to cover White House briefings. When she bought a Jaguar, it was personally delivered by Bill Ford, the great-grandson of the company founder and also an executive.

She pushed her annual newsletter, "Highlights and Lowlights," onto the same CEOs she harangued, charging $600 a copy. She insisted that each executive buy two of them.

She liked to introduce herself as queen of the corporate jungle and issue press releases about the latest proposals, and latest divorces, of "Evelyn Y. Davis, Famous Shareholder Activist."

In 2012, when she was 82, Davis failed to attend a single shareholder meeting. And for the first time since 1965, she didn't publish "Highlights and Lowlights."

Contacted by The Associated Press that year, Davis explained, "I'm not so young anymore."

Nonetheless, in ensuing interviews with the AP, she wanted to be described as "a woman of mystery and intrigue," and asked how dull shareholders meetings had become without her in attendance.

The inscription on a tombstone that Davis commissioned years ago reads: "Power is greater than love, and I did not get where I am by standing in line, nor by being shy."