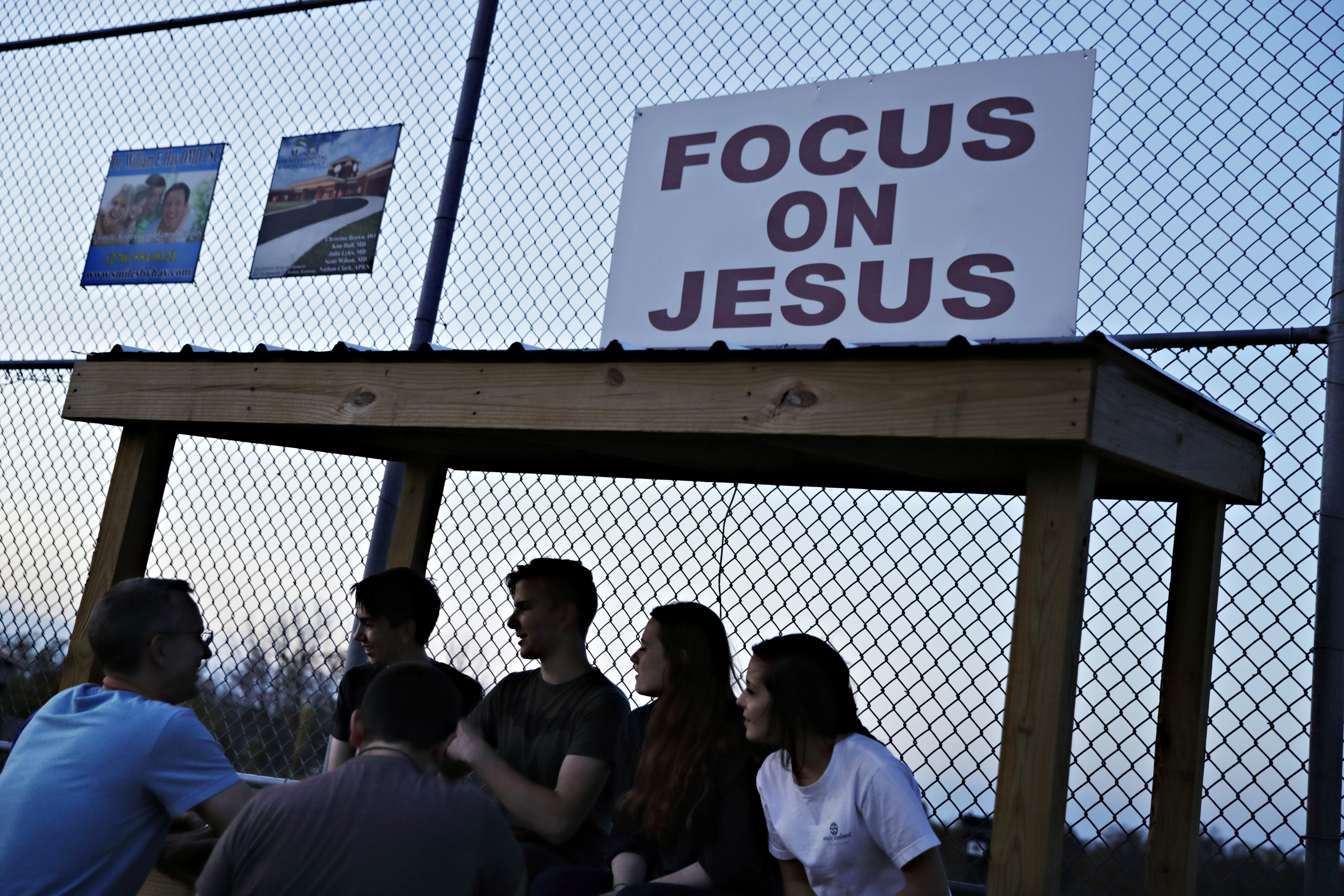 For many evangelical voters, supporting Donald Trump for president was a means to an end: shaping the ideological balance of the Supreme Court and judicial posts across the country. And so far, allegations of sexual misconduct against Brett Kavanaugh, whose conformation would tilt the court to the right, haven't shaken their faith in the nominee.

Instead, several evangelical leaders dug in their heels, questioning the sourcing of new allegations and arguing that the confirmation process had morphed into a politicized character assassination. Their congregations are a critical voting bloc for Republicans, who are concerned that delaying or withdrawing Kavanaugh would further demoralize their base ahead of midterm elections that will determine the balance of power in Congress. And they are ramping up the pressure on GOP lawmakers to push Kavanaugh through.

"It's a circus going on in Washington," said James Dobson, the founder of the James Dobson Family Institute, which produces his daily radio show, Family Talk. "It's pretty clear to me that the process has been greatly politicized….I think people are aware of that whole process and are willing to let her be heard. But they better do it pretty quick."

The arguments mirror those made by Senate Majority Leader Mitch McConnell, who has called the process a "shameful smear campaign" by Democrats, and sought to assuage concerns at the Values Voters Summit in Washington last week by declaring that Kavanaugh would be confirmed. Mr. Trump called Democrats "con artists" on Tuesday, and said that Deborah Ramirez, who raised a new allegation about Kavanaugh in the New Yorker, "has nothing." Last week, the president questioned why Christine Blasey Ford, who alleges Kavanaugh sexually assaulted her at a party when they were in high school, did not file charges at the time.

Although his alleged behavior might otherwise be condemned by religious conservatives, evangelical leaders point to Kavanaugh's emphatic denials and a lack of corroboration on the part of the accusers.

"We think women or anyone who claims to be a victim of sexual assault or rape should be able to tell their story and should be heard and treated fairly, and shouldn't be dismissed or ignored or insulted," said Ralph Reed, chairman of the Faith and Freedom Coalition. But given the public evidence so far, "this kind of character assassination [of Kavanaugh] so debases our civic discourse and so corrupts the confirmation process, that if it's allowed to succeed will do long term damage to our democracy."

"There's no doubt that for the faith community, one of the main reasons it broke in record numbers and voted for Donald Trump, which was an unlikely choice to evangelicals, was because one: his name wasn't Hillary Clinton, and two: you had a supreme court justice opening and the potential for one or two more," Vander Plaats said. The current process, and the threat of withdrawing or defeating Kavanaugh, "is unifying and energizing the base that voted for Trump, where as before they might have been a little lackluster."

White evangelicals have been a reliable support system for the president, even as his standing is tenuous among other Republican constituencies. An April survey by the Public Religion Research Institute found approval for the president among white evangelicals at an all-time high of 75 percent, close to Mr. Trump's level of support from this group around his inauguration.

So while their continued support for Kavanaugh might not be surprising, it does shed light on forces within the party driving lawmakers to confirm him. While some evangelical leaders have been cautious in describing the allegations, others have either questioned them all together or dismissed them as teenage behavior.

"It's just a shame that a person like Judge Kavanaugh, who has a stellar record -- that somebody can bring something up that he did as a teenager close to 40 years ago. That's not relevant," Franklin Graham, president and CEO of the Billy Graham Evangelistic Association, told the Christian Broadcast Network. "We've got to look at a person's life and what they've done as an adult and are they qualified for this position so this is just an attempt to smear him...I hope the Senate is smarter than this and they're not going to let this stop the process from moving forward and confirming this man."

At this point, top evangelical leaders appear unlikely to be swayed by testimony by Ford, barring any new developments. "It's hard to see how it changes many minds in the absence of some substantiation or corroboration from someone who was at the party," Reed said.

"Unless some additional facts emerge that changes it from a 'he said, she said' thing to one with some substance to it, I would strongly support Judge Kavanaugh," Dobson said. "The Democrats, I believe, held this to the last minute in order to derail this confirmation. Dr. Ford could be remembering something that did happen, but I'm very very skeptical of it...I'm certainly not going to change my vote because of it."