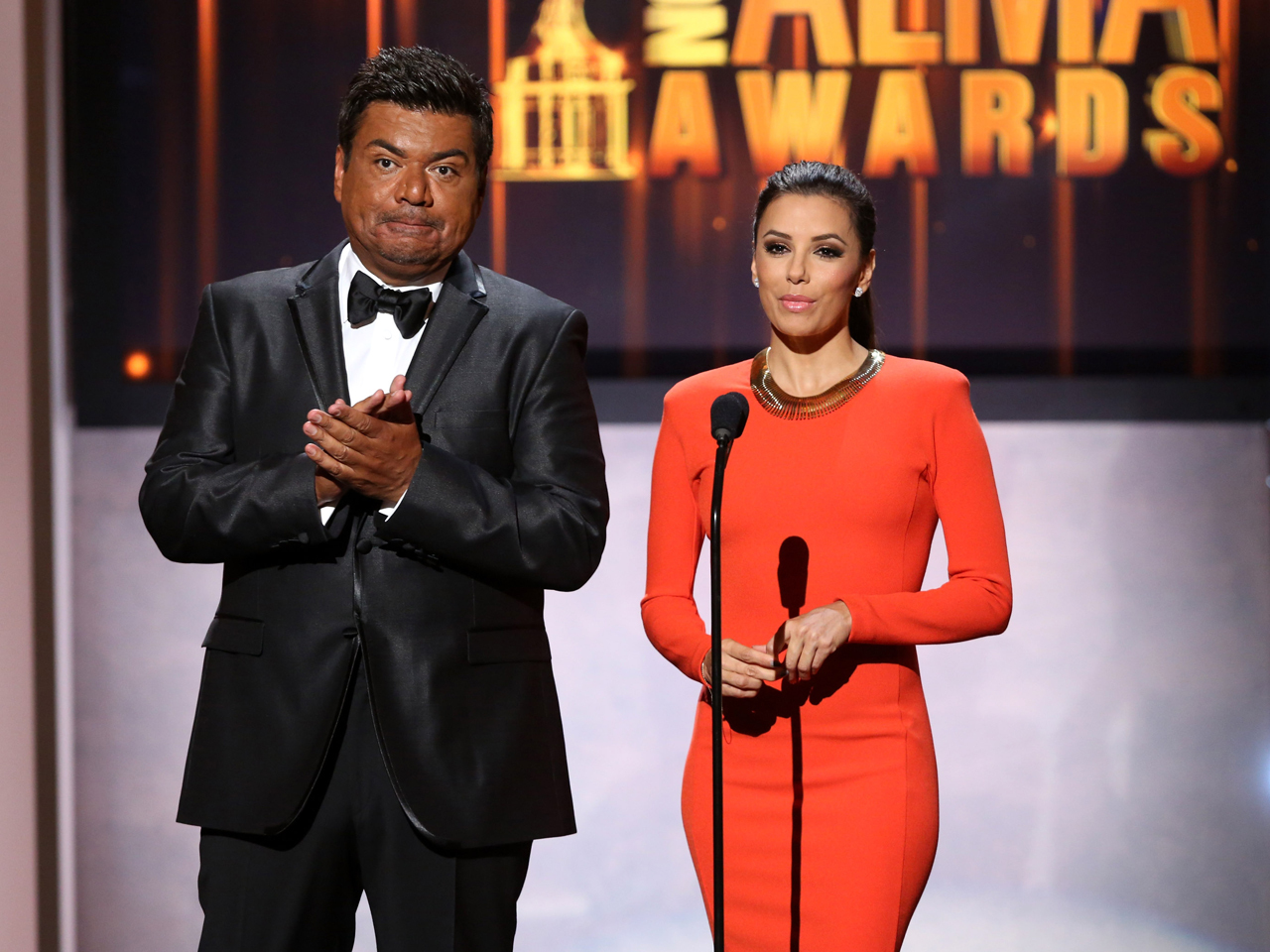 (CBS/AP) Eva Longoria and George Lopez returned for a third time to co-host this year's ALMA awards, which were taped on  Sunday to be broadcast this Friday. .

The awards, which were created in 1995 as an effort to promote diverse and fair portrayals of Latinos in the media, celebrated Latino achievements in music, television and film.

Longoria, who wore 11 different outfits at the award show, told E! News on the red carpet she always enjoys herself at the event.

"Not only do we get to celebrate Latinos in television and in film, but in fashion as well."

Lochte, whose Cuban mother was raised in Havana,  was among the Latino U.S. Olympians to be honored at this year's event.

The event, which took place at the Pasadena Civic Auditorium, will air Sept. 21 on NBC at 8 p.m. ET/PT.