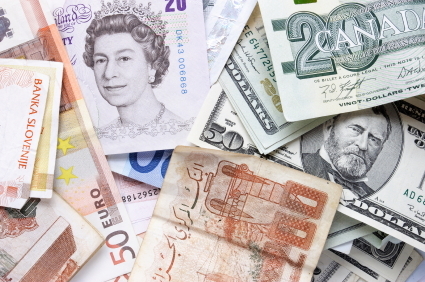 FRANKFURT, Germany -- Global stock markets opened a risk-filled New Year still hung over from a rough 2011, with little direction to trading and many exchanges closed.

Trading was light with the New York, London and most Asian stock exchanges closed.

Many of the world's leading indexes are coming off a down year. Britain's FTSE was off 5.6 percent by year end, Japan's Nikkei fell 17 percent to its lowest close since 1982, and the Standard & Poor's 500 showed zero gain.

Data releases later in the week such as eurozone inflation on Wednesday and German factory orders and U.S. non-farm payrolls on Friday will give traders more grist.

For the moment, there was little to propel markets ahead of new market data later in the week, as well as major hurdles for eurozone leaders to surmount in the first few weeks of the year in their attempt to get control of the shared currency zone's government debt woes that threaten to harm the global economy with another financial meltdown.

Much of the attention in coming weeks will center on Italy, the eurozone's third-largest economy and the focal point of the eurozone's struggle to deal with a crisis caused by heavy levels of government debt. Fears of default on those debts mean that bond investors demand ever-higher interest, making it a challenge for the new government of Prime Minister Mario Monti to roll over euro53 billion ($69 billion) in debt maturing in the first quarter. If a country can no longer borrow affordably to pay off bonds that are maturing, it faces eventual default or a bailout.

Debt woes may be compounded by at least a mild recession over the last quarter of 2011 and the first part of 2012.

A survey of European purchasing managers sounded a downbeat note about the economy, showing activity in the manufacturing sector contracting for a fifth straight month in December. The manufacturing PMIs indicate that eurozone industry are "finding life extremely challenging," said Howard Archer at IHT Global Insight, which predicts a 0.4 percent shrinkage in the eurozone economy when fourth quarter figures come out next month.

Last year was one that traders would prefer to forget: most Asian equity indexes closed out 2011 deeply in the red. The Nikkei in Tokyo ended the year at 8,429.45 -- its lowest closing since 1982.

China's benchmark Shanghai Composite Index, closed Monday, endured a 21 percent loss for the year as the impact of Beijing's multibillion-dollar stimulus faded and the government tightened curbs on lending and investment to cool blistering economic growth.