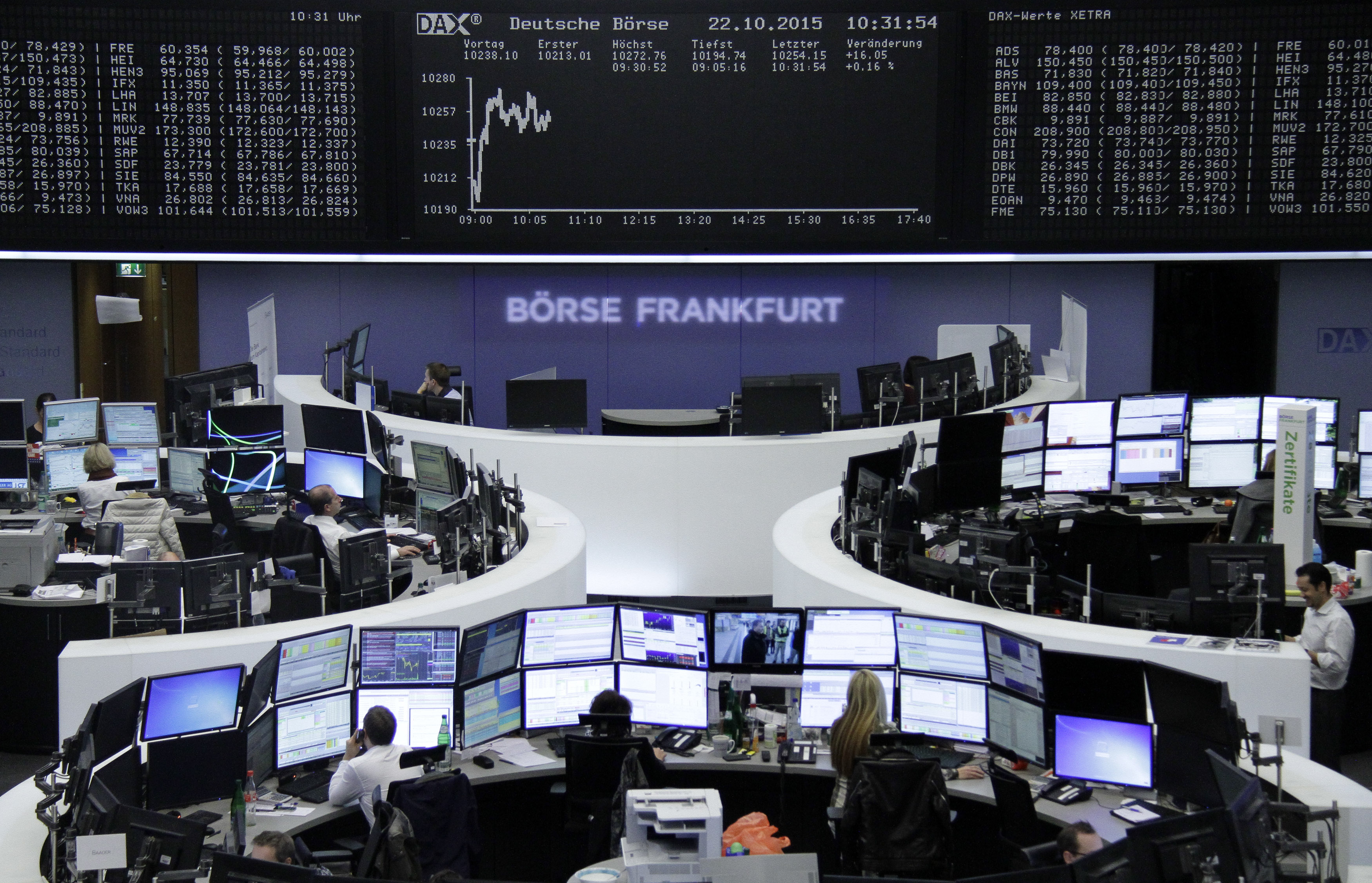 Wall Street was set to rise: Dow futures were up 0.3 percent and S&P 500 futures gained 0.4 percent.

ECB President Mario Draghi "may step up rhetoric on more easing to bring up inflation and support growth," said Bernard Aw, an analyst at IG in Singapore. Drops in energy and other commodity prices could prompt the central bank to consider ramping up its stimulus measures, Mizuho Bank said in a market commentary.

Chinese stocks closed higher after zigzagging between positive and negative. The Shanghai Composite Index finished up 1.5 percent at 3,368.74 following a 3 percent slide Wednesday. Angus Nicholson, an analyst at IG in Melbourne, Australia, said higher Chinese stocks were a relief for the region, strengthening currencies highly reliant on commodities such as the New Zealand and Australian dollars and the Indonesian rupiah.

Shares of Samsung Engineering nosedived 19 percent in Seoul after reporting a quarterly net loss of 1.3 trillion won ($1.14 billion) for the July-September quarter. The engineering company with a market value of about 1.1 trillion won said it will sell 1.2 trillion won of new shares to improve its financial status and seek to sell its headquarters building worth 350 billion won ($308 million). Samsung SDI, the biggest shareholder in Samsung Engineering, sank 4 percent and Samsung Heavy Industries, another Samsung affiliate, plunged 7 percent.

Benchmark U.S. crude added 47 cents to $45.69 per barrel in electronic trading on the New York Mercantile Exchange. The contract fell $1.09 to close at $45.20 a barrel on Wednesday. Brent crude, used to price international oils, gained 45 cents to $48.30 a barrel in London.