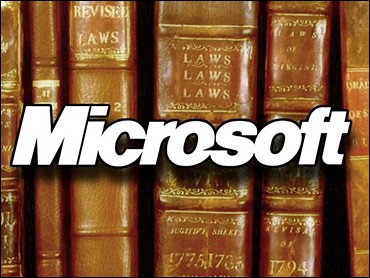 The European Union opened an antitrust case against Microsoft on Thursday, alleging the company is abusing its market position in computer operating systems software to dominate the market for server software.

The European Commission, the EU's executive arm, said its action followed a complaint from the U.S. software company Sun Microsystems that "Microsoft breached EU antitrust rules by engaging in discriminatory licensing and by refusing to supply essential information on its Windows operating system."

Amelia Torres, spokeswoman for EU Competition Commissioner Mario Monti, said the EU has sent what is called a statement of objections to Microsoft, which now has two months to reply, unless it asks for additional time. After that, the Commission has a few months to make a formal decision, but it is unlikely it would be by the end of the year, Torres said.

"The Commission hasn't come to any conclusions" but is taking the allegations of misconduct very seriously, she said. If the EU finds there is antitrust abuse, it would render a formal decision and impose fines, she said.

John Frank, Microsoft's legal director for Europe, said Sun Microsystems' complaint "is based on its desire to gain access to our technical trade secrets."

"We don't believe that the law requires Microsoft, or any other company, to share its secrets with direct competitors," he said.

Under EU rules, the Commission can fine a company up to 10 percent of its annual global sales. In practice, however, fines have never exceeded 1 percent.

"We will not tolerate the extension of existing dominance into adjacent markets through the leveraging of market power by anticompetitive means," Monti said in a statement. "All companies that want to do business in the European Union must play by its antitrust rules, and I'm determined to act for their rigorous enforcement."

In February, the EU opened another case against Microsoft following complaints from competitors that it abused its dominant position. That case, involving Microsoft's Windows 2000 software, is still being investigated.

Torres said the two cases might be merged if there is an overlap of the issues.

Sun Microsystems alleges that Microsoft's near monopoly -- it has a 95 percent share of the market for personal computer operating systems -- "creates an obligation for Microsoft to disclose its interfaces to enable interoperability with non-Microsoft server software," the EU said.

Microsoft replied in a statement that it already makes available its software code and other information necessary or competitors to make server software that is interoperable with its market-leading Windows operating systems.

"Access to this information is readily available at any bookstore, on any Microsoft Web site or at any developer conference, all of which are available to Sun," the company said.

Microsoft refused Sun's request for interface information in October 1998, which would have covered Window 95 and 98, NT 4.0 and all subsequent updates. Sun alleges the launch of Windows 2000 was the final step in Microsoft's strategy to drive all serious competitors out of the server software market.