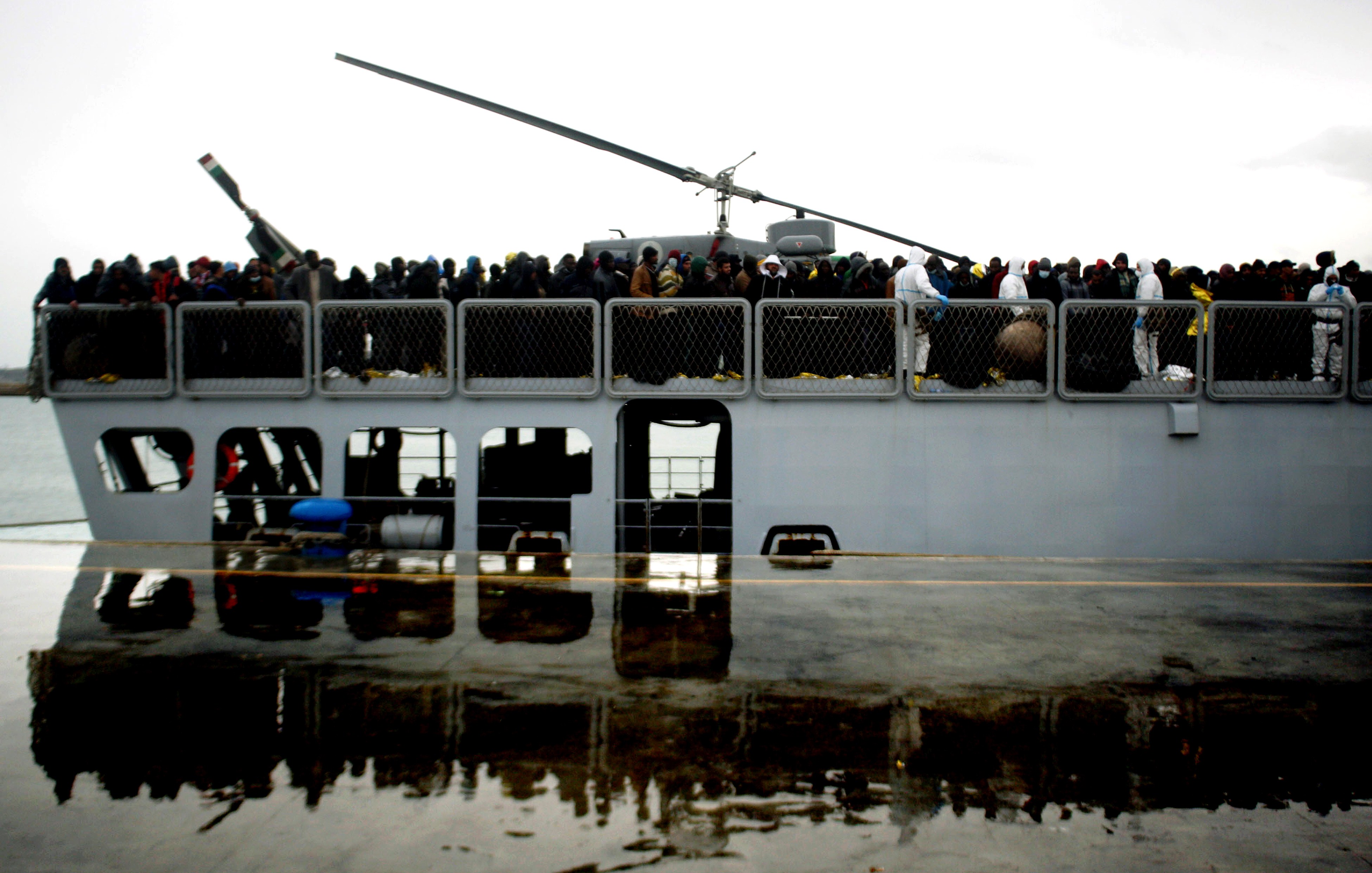 BRUSSELS -- The European Union stands ready to beef up its border surveillance mission in the Mediterranean if Italy requests and is supplying 13.7 million euros ($15.6 million) to help Rome cope with the migrant influx, the EU's top migration official said Thursday.

"We are ready to respond constructively if Italy identifies the need to step up Operation Triton," Dimitris Avramopoulos said.

He also announced that the Triton mission operating in the Mediterranean Sea would be extended until at least the end of 2015.

The mission was launched in November as Italy deals with growing numbers of would-be migrants attempting the perilous crossing from Libya headed mostly for the southern island of Lampedusa.

Italy withdrew its search and rescue mission, Mare Nostrum, in December due to heavy costs and because, some critics argued, it appeared to be a safety net encouraging more migrants. The hope was that Triton would reduce the number of migrants taking to the sea.

But as CBS Radio News correspondent Anna Matranga reported, that has not been the case. According to the United Nations humanitarian agency which deals with displaced people, UNHCR, during January 2015 -- the first month of Triton's operation -- 3,528 migrants made the crossing, compared to 2,171 in January last year.

"This new tragedy realizes our worst fears about the end of Italy's Mare Nostrum search and rescue operation and exposes the predictable consequences of the European Union's failure to provide an adequate replacement," said John Dalhuisen, Amnesty International Europe and Central Asia Director.

Italian authorities, meanwhile, have raised fears that terrorists from the Islamic State of Iraq and Syria (ISIS) could mingle among the trafficked migrants and reach Italy by sea.

According to published reports, ISIS has already begun smuggling militants aboard migrant vessels destined for Italy, from both Libya and Turkey.

Some 19,500 migrants have been picked up in the Mediterranean since November, according to EU figures.

In a new escalation on Sunday, four armed smugglers threatened an Italian Coast Guard motorboat involved in one of several operations that rescued more than 2,000 migrants.

Some Italian officials fear that terrorists, mingled among boatloads of migrants, could reach Italy.

"We cannot turn a blind eye, and we cannot carry on as if it was business as usual," said Avramopoulos.

One option tried in Greece in 2010-2011 but not explored with Italy is the use of rapid reaction teams from the EU borders agency Frontex.

They could be deployed with seven days if any formal request is made, said an EU official who is an expert on Frontex but is not permitted to speak publicly about the agency's work.

"There is a pool of 1,800 persons that are being trained nearly constantly," he said. The official confirmed that the use of force is permitted if Italy requests it.

Triton, meant to operate for only a few months, has just three aircraft and nine ships at its disposal, most of which cannot work in open seas.

In Rome, Italian Foreign Minister Paolo Gentiloni he hopes further assistance will be agreed in Brussels on March 4 at an EU meeting on migration.