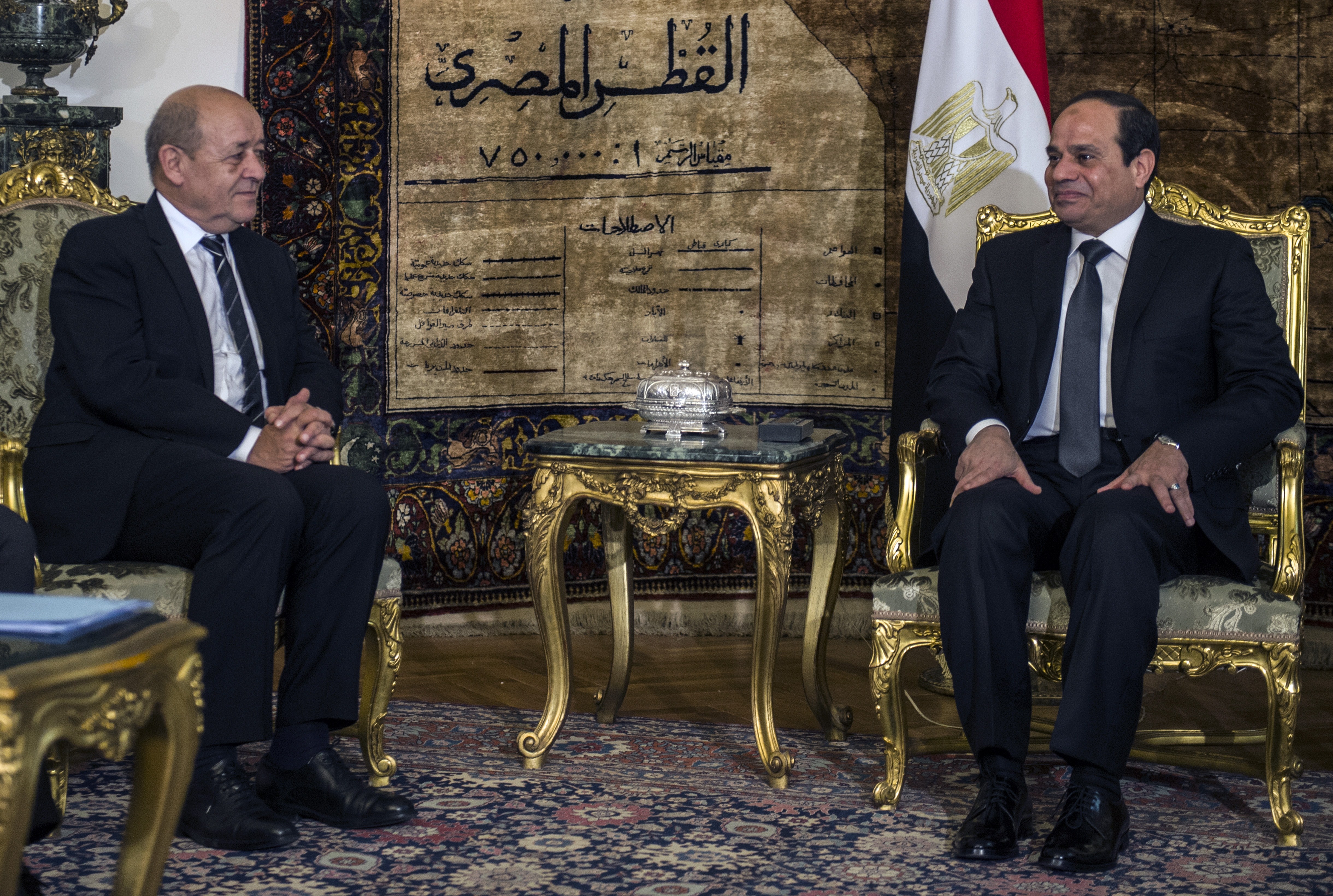 CAIRO -- Egypt's president said in a radio interview aired on Tuesday that creating a U.N.-backed coalition was the best course of action to rid Libya of Islamic extremists.

Abdel-Fattah el-Sissi, speaking to France's Europe 1 Radio, said Egyptian airstrikes against the Islamic State of Iraq and Syria (ISIS) group positions in Libya on Monday were in self-defense.

The airstrikes were in retaliation for the mass beheading on a beach of a group of Egyptian Coptic Christians. A video of the killings was released by ISIS late Sunday.

"We will not allow them to cut off the heads of our children," he said. Asked whether he wanted to see a U.N.-backed coalition for Libya, he said: "I think there is no choice."

"We have abandoned the Libyan people as prisoners of the militias ... The militias have to give up their arms and must work in a civil context. We have to disarm and prevent arms from falling into the hands of extremists," el-Sissi, a soldier-turned-politician, told the French station in his first public comments after his country's U.S.-made F-16s staged at least two rounds of airstrikes in Libya on Monday.

"What happened is a crime, a monstrous terrorist crime that our children have their throats cuts in Libya and not to react. It's a kind of self-defense accepted by the international community. We will not allow them to cut off the heads of our children," he said.

The Egyptian attacks drew harsh criticism from Omar al-Hassi, the militia-supported prime minister in the capital, Tripoli. Libya's elected and Western-backed parliament and government were forced to convene outside Tripoli when the capital was overrun by Islamic and tribal militias last year. An older parliament, supported by the militias, declared itself legitimate and formed a rival government with al-Hassi at the head.

"This treacherous aggression and the terrorism carried out by the Egyptian air force is a violation of Libyan sovereignty and a scandalous violation of the UN charter and international law," said al-Hassi, who accused the Egyptians of attacking Libya "without any solid proof" that they were actually striking the militants responsible for killing the Egyptian Christians.

El-Sissi spoke with France's president and Italy's prime minister Monday about Libya on Monday, and sent his foreign minister, Sameh Shukri, to New York to consult at the United Nations ahead of a terrorism conference opening Wednesday in Washington.

France, a lead player in the campaign to oust Libya's dictator Moammar Gadhafi in 2011, has campaigned for months for some kind of international action in Libya, and announced a deal Monday to sell 24 advanced fighter jets to Egypt. French troops are already in place near Libya's southern border in Niger as part of a counterterrorism force.

French President Francois Hollande's office said he and el-Sissi both "stressed the importance of the Security Council meetings and that the international community takes new measures to confront this danger."

Italian Defense Minister Roberta Pinotti, meanwhile, said in an interview published Sunday in the Il Messaggero daily that her country is ready "for geographic, economic and historic reasons" to lead a coalition of European and North African countries to stop the militants' advance in a country less than 500 miles (800 kilometers) from Italy's southern tip.

A NATO official who spoke on condition of anonymity in keeping with NATO practice said, "there is no discussion within NATO on taking military action in Libya."

The official added that NATO stands ready, "to support Libya with advice on defense and security institution-building."