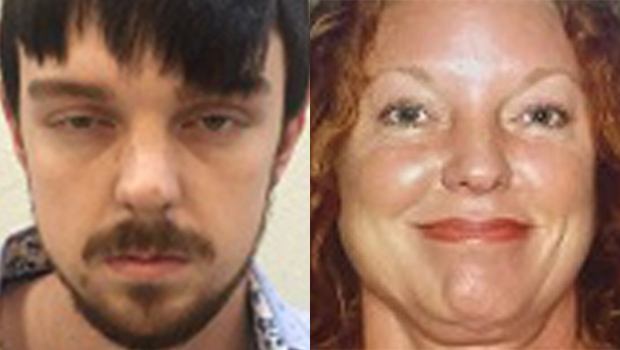 NEW YORK -- A Texas teenager serving probation for killing four people in a drunken-driving wreck had a "going away party" before disappearing for nearly three weeks, the Tarrant County, Texas, sheriff said Tuesday.

Sheriff Dee Anderson said at a press conference that before Ethan Couch, an 18-year-old made famous in 2013 by his "affluenza" defense, disappeared on Dec. 10, he and his mother Tonya planned to flee.

"We learned from some interviews what we had expected all along, that they had planned to disappear, that they even had something akin to a going away party before they left town," Anderson said.

The duo were apprehended by Mexican authorities at around 6 p.m. Monday evening, in the Pacific resort city of Puerto Vallarta, according to the State of Jalisco Attorney General's office.

An arrest warrant has been issued for Tonya Couch, and Tarrant County District Attorney Sharen Wilson said Tuesday that she will be charged with felony hindering apprehension, a charge that could result in a prison sentence of up to 10 years.

In a photo released by Mexican authorities, the teen's blonde hair had been dyed dark brown, which Anderson called an "obvious attempt to change his appearance."

Investigators began searching for the pair after 18-year-old Ethan Couch failed to keep a mandatory appointment with his probation officer on Dec. 10. After Ethan and Tonya Couch disappeared, Tarrant County Sheriff Dee Anderson, who is running for reelection in 2016, launched a national media blitz, listing Ethan Couch among the counties most wanted fugitive and inviting federal authorities to help in the search.

Anderson speculated early on that the duo may have left the country, and was ultimately proven right when Mexican authorities found him more than 1,000 miles from Tarrant County, in a Puerto Vallarta beachside neighborhood. He said Tuesday that the investigation "really kind of turned Christmas Eve, was the time when I think the really concrete information came in."

Anderson called the decision to go to Puerto Vallarta smart, because Americans were unlikely to stand out in the resort town in December, a busy holiday season.

Ethan Couch's attorney said in a statement Tuesday that they have not yet spoken with their client.

"We do not anticipate being able to do so unless and until he arrives in the United States," said Scott Brown and William Reagan Wynn. "Until we have more information concerning this situation, it would not be prudent for us to make any further public statement."

Mexican officials told CBS News the pair will be flown back to the U.S. on Wednesday.

The teen's 2013 sentence cause controversy after his lawyer argued in court that he didn't understand consequences due to his parents' wealth -- a syndrome a defense expert called "affluenza."

In June 2013, at age 16, Ethan Couch was driving drunk and speeding when he crashed into a disabled SUV on the side of the road, killing four people and injuring nine others. Many of the victims had been helping the woman whose SUV had stalled, others were in Ethan Couch's pickup truck. The 16-year-old's blood-alcohol level was three times the legal limit for an adult and there were traces of Valium in his system.

The office of Tarrant County District Attorney in November asked a court to move Ethan Couch's case to adult court, where the potential repercussions for failing to follow the rules of probation include are greater.

"Our request of the court is going to be to transfer his probation to the adult court, and deal with him in the adult system, where we no longer have to be concerned about the best interests of the child," Wilson said Tuesday.

Texas generally releases those incarcerated in the juvenile system after they turn 19, which Ethan Couch turns on April 11.

If his case is transferred to the adult justice system, a judge can order Ethan Couch incarcerated for the remainder of his 10-year sentence.

"I'd like for him to be held accountable," Anderson said. "I don't think 10 years probation was appropriate for killing four innocent people."