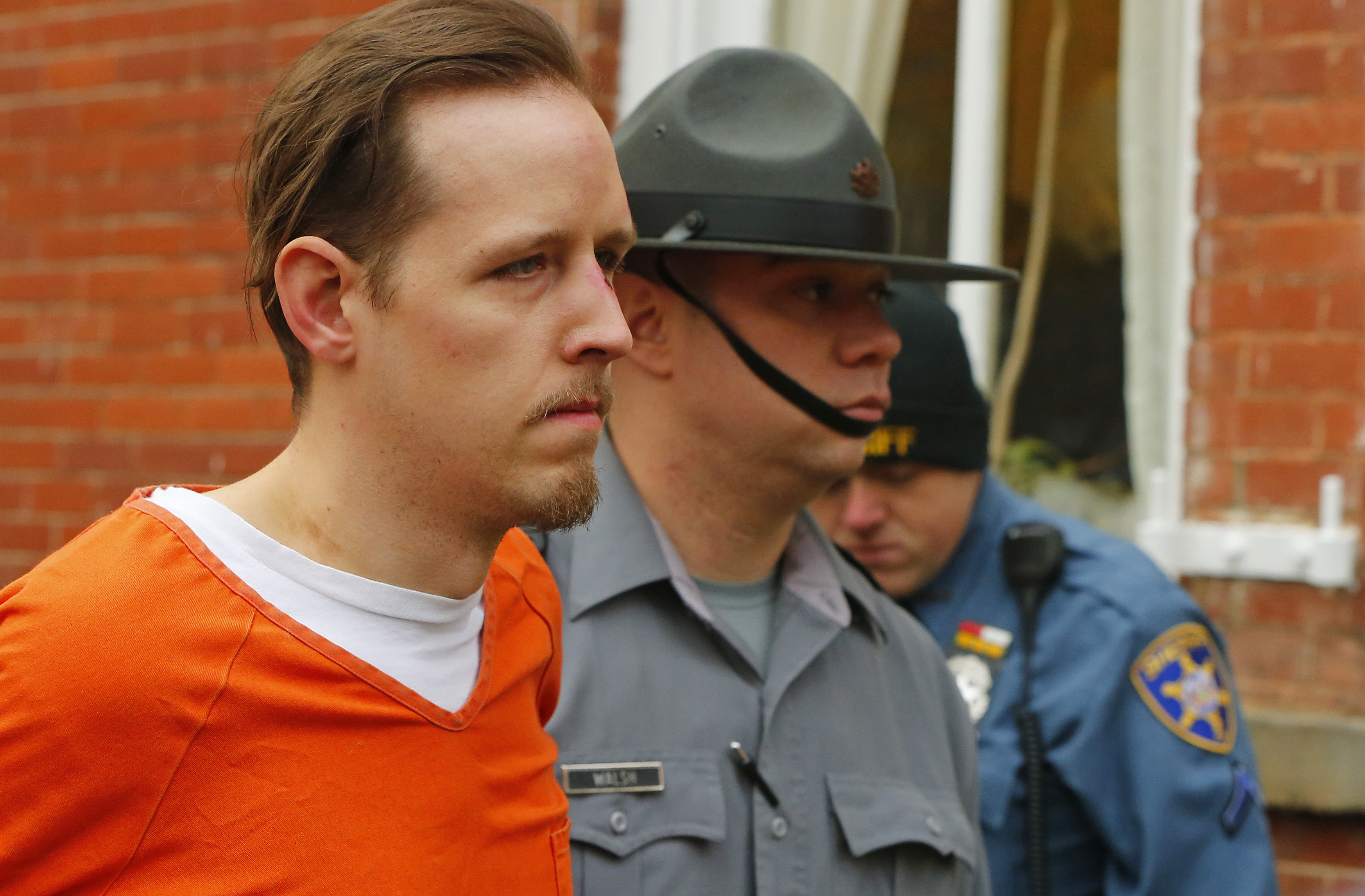 Candles. A book of the New Testament. Contact lenses. A loaded pistol. A religious plaque. DVDs.

Those are just a few of the various items that police recovered in an abandoned airplane hangar near where Pennsylvania ambush suspect Eric Frein was captured last week.

The survivalist marksman stowed guns including a Chinese-made sniper rifle and other gear in the abandoned hangar, according to court documents released Wednesday.

More than 100 items were recovered from the Birchwood-Pocono Airpark hangar following Frein's arrest last week, including the sniper rifle based on a Soviet-era design, a second rifle of the type used by the former Yugoslavian army and a handgun used by the former Czechoslovakian military, court documents said.

Investigators also listed a scope and mount, a bayonet and more than 200 rounds of ammunition along with survival equipment and other items that may show how Frein passed the time while on the run in the heavily wooded wilderness of Pennsylvania's Pocono Mountains.

Authorities said the 31-year-old Frein had copies of psalms and scriptures, shortwave and weather band radios and a laptop computer, according to the five-page search warrant inventory. They said they also found a pair of storage drives, a solar power converter, earbuds and a wireless mouse.

Frein told authorities he used unprotected Wi-Fi hotspots to connect to the Internet, according to court documents, raising the possibility he knew where police were focusing their search efforts each day.

Prior to his capture, state police had surmised Frein was breaking into cabins and unoccupied vacation homes for food and shelter.

Investigators found some evidence of sustenance in the hangar, including bottles of vegetable oil, soy sauce and seasoning, bags of rice and beans, salt and pepper and a spork, according to the inventory.

They also found a kit for dressing hunted animals, rolls of toilet paper and paper towels, flashlights and dozens of candles and a propane stove.

Pike County District Attorney Raymond Tonkin released the inventories to the media Wednesday but said neither his office nor state police would answer questions.

Frein's lawyers did not immediately return a telephone message.

Frein belonged to a military re-enactors group, playing the part of a Serbian solder. He had a small role in a 2007 movie about a concentration camp survivor and helped with props and historical references on a documentary about World War I.

During the manhunt, trackers found other items they believe Frein hid or abandoned in the woods - including soiled diapers, empty packs of Serbian cigarettes, an AK-47-style assault rifle and ammunition.

U.S. marshals happened upon Frein last Thursday while searching an open field near the former airpark. He was unarmed but told police he had weapons inside the hangar, according to an arrest affidavit.

Frein appeared at an arraignment the day after his capture but was not asked to enter a plea to first-degree murder and other charges, including possession of two pipe bombs discovered during the search, because he did not yet have a lawyer.

Frein is being held without bail. A preliminary hearing is scheduled for Nov. 12.

He has been assigned two public defenders.

One of them, Michael Weinstein, is a former Pike County district attorney who has since gone on to a career in civil litigation and criminal defense. Among his current clients is Rockne Newell, who's charged with fatally shooting three people at a municipal meeting last year. Frein's other lawyer is Robert Bernathy, Pike County's chief public defender.