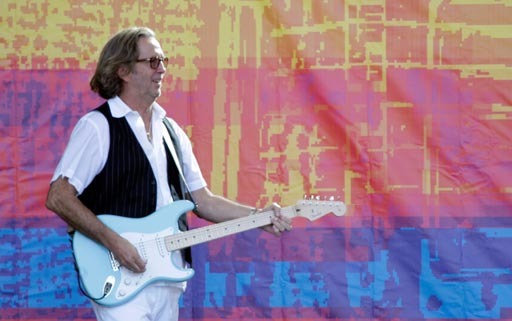 NEW YORK (CBS) Eric Clapton is set to sell off part of his extensive guitar collection to raise money for his rehab clinic.

More than 70 guitars from the rock star's personal collection will be up for auction in New York on March 9, 2011.

Proceeds will go towards the Clapton's Crossroads Centre in Antigua, which he founded in 1998 to help treat drug and alcohol addiction.

Highlights of the sale, conducted by Bonhams' auctioneers, will include a guitar the musician played at the Cream reunion shows in 2005. The custom built black Fender "Eric Clapton Signature" Stratocaster is estimated at $20-30,000, according to Reuters.

The sale will also feature a vast collection of amps and speakers, including a pair of Marshall speaker cabinets, the BBC reports.

Used during the 1970s when the star was performing with Derek and the Dominos, the pair is expected to fetch $8-10,000.

Other instruments at the auction will be donated by Jeff Beck, J.J. Cale and Joe Bonamassa.