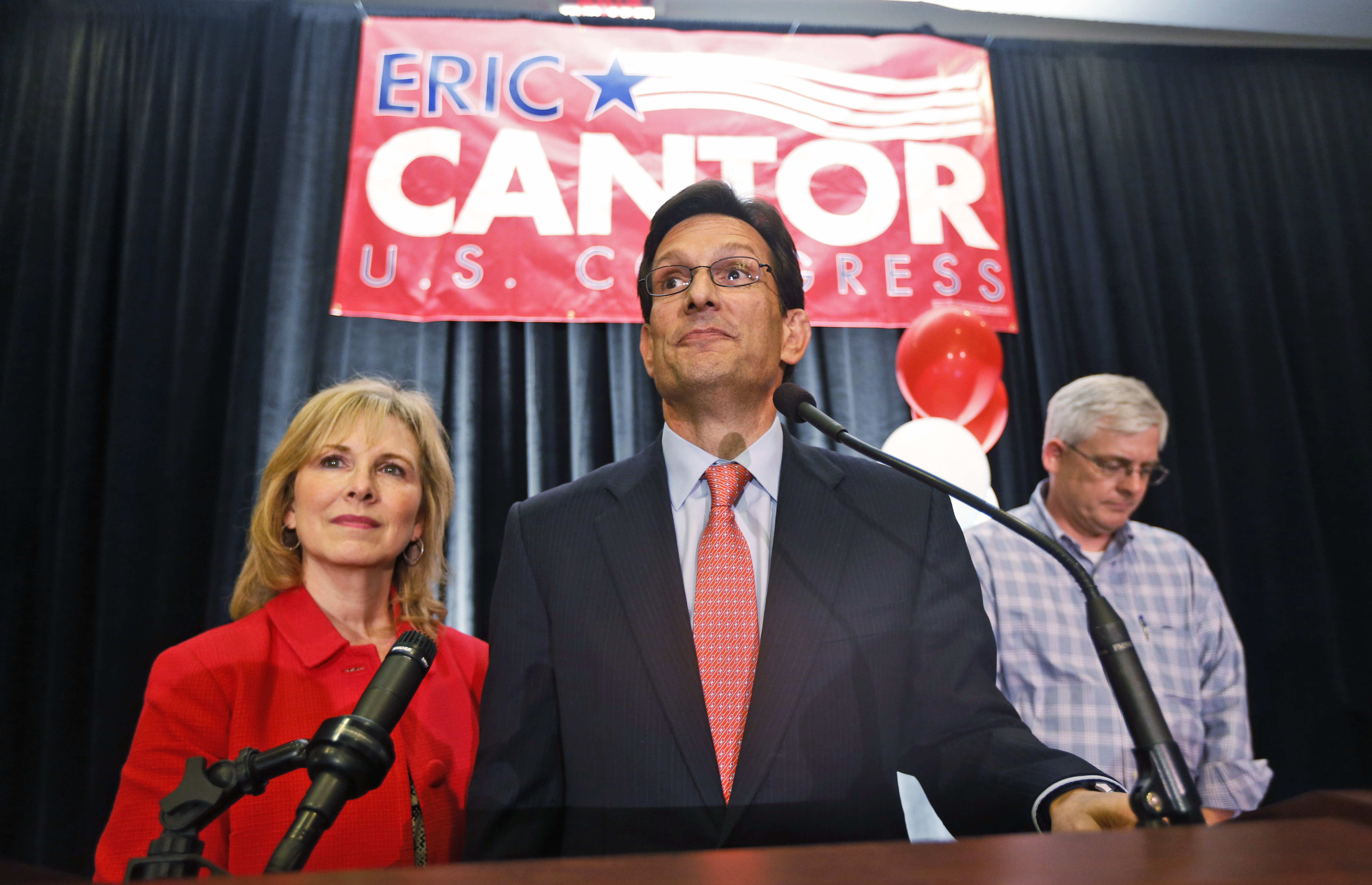 As the dust settles on House Majority Leader Eric Cantor's stunning defeat, you'll see a lot of talk now about why "polls" were "wrong" in his failed re-nomination bid. There simply were not a lot of polls - at least not that the public saw - which is probably the bigger part of the reason no one saw coming the Virginia Republican congressman's loss to political novice David Brat.

We have some data to dissect how it happened, but in absence of a lot of polling, there's a vacuum that's sure to be filled with speculation.

Cantor spent heavily while Brat was underfunded (the latest campaign finance reports show a 40-to-1 spending advantage for Cantor). That spending was often taken as a proxy for a lead in the race (and may also explain why few saw the reason to poll extensively in it.)

If Cantor had won, his campaign might have been lauded - as other establishment candidates were - for fighting hard and taking a challenge seriously. In the loss, one theory is that Cantor's negative advertising instead gave an unknown challenger name recognition for free. Any publicity is good publicity, perhaps?

Without polling, we can only reason from results. The simpler explanation may be better: Republicans who wanted to oust him showed up and did.

Some have wondered if Democrats unexpectedly came into the primary to help defeat Cantor, but there's little evidence of this. Washington Post's Scott Clement shows that turnout did not spike in higher Democratic areas, nor did Brat's performance track with the 2012 Democratic presidential vote by counties, which we might have expected if there'd been crossover "raiding." (That relationship, had it existed, wouldn't confirm such voting, but its absence suggests it wasn't happening.)

Adding to that, this is also true if we look on the congressional level at the 2012 Democratic House vote in the district. If crossover had taken place en mass, one would expect Brat to have done consistently better where there were more Democrats. He did not.

This chart tracks the county by 2012 Democratic House vote and you'll see the Brat performance line doesn't track along with it. Translation: this suggests it's just more likely that Republican voters beat Cantor last night.

Mike McDonald also has a good scatterplot of the vote and turnout by precinct, which illustrates this as well.

Cantor's internal pollster released a poll taken in late May (three weeks ago), which National Journal obtained and analyzed, pointing out the fact that its timing could have played a role: in theory, things can change in those intervening weeks.

It is also harder to pinpoint likely voters - the sub-sample you ultimately care about - in any primary, which have relatively low turnout (in this case, only about one in 10.) In general elections polls can still be off, of course, but the likely voter screen gets a bit easier when most registered voters vote. In primaries you're looking for fewer needles in the electoral haystack. Add to that, less tangibly, in the summer, voters' decisions can fluctuate more; there's more going on in their lives that can turn an earnest voting intent, as expressed to a pollster, into a no-show on Election Day.