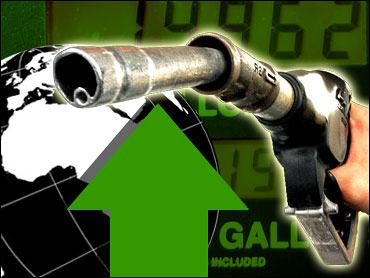 The economy grew at only a 1.1 percent annual rate in the fourth quarter of last year, the slowest pace in three years, amid belt-tightening by consumers facing spiraling energy costs.

Even with the feeble showing from October through December, the economy registered respectable overall growth of 3.5 percent for all of 2005, a year when business expansion was undermined by devastating Gulf Coast hurricanes.

The 1.1 percent growth rate in the fourth quarter marked a considerable loss of momentum from the third quarter's brisk 4.1 percent pace. The fourth-quarter's performance was even weaker than many analysts were forecasting. Before the release of the report, they were predicting the GDP to clock in at a 2.8 percent pace.

The 1.1 percent growth rate was the smallest gain since the final quarter of 2002, when the economy expanded at just a 0.2 percent rate.

The White House acknowledged the economy's fourth-quarter slowdown was bigger than expected.

But it maintains America's economic fundamentals remains strong, and there's no reason for President Bush to change course.

"We're confident and optimistic about the path that the economy is on because of the policies that are in place. Our policies are working to keep the economy growing and creating jobs," said White House spokesman Scott McClellan.

Before the report was released, economists felt that the slowdown in the final quarter was more of a temporary setback rather than any harbinger of a sustained period of economic weakness ahead.

Consumer spending rose by just 1.1 percent pace in the fourth quarter, the slowest since the second quarter of 2001 when the economy was suffering through a recession.

Most of the weakness came as people sharply cut back on purchases of big-ticket goods, including cars and appliances. Spending on such "durable" goods dropped by a hefty 17.5 percent rate in the final quarter, the sharpest decline since the first quarter of 1987.

Businesses, meanwhile, boosted spending on equipment and software in the final quarter of last year at a 3.5 percent rate, the smallest gain since the first quarter of 2003.

An inflation gauge tied to the GDP report showed prices rose at 2.6 rate in the fourth quarter, down from a 3.7 percent pace in the third quarter.

However, when food and energy prices are excluded, "core" inflation, which the Fed watches closely, rose at a 2.2 percent rate in the fourth quarter, a pickup from the 1.4 percent growth rate in the third quarter. That suggests inflation is filtering into a variety of other prices.

To fend off inflation, the Federal Reserve is expected to boost interest rates next Tuesday one-quarter percentage point to 4.50 percent. It will be last meeting for Alan Greenspan, who will retire that day after more than 18 years running the central bank.

President Bush, in his State of the Union address Tuesday evening, plans to put the spotlight on some pocketbook issues, including high energy prices, tax cuts and expensive health care costs.

Kroszner is an economics professor in the University of Chicago's graduate school of business and a previous member of the Council of Economic Advisers. Warsh is a special assistant to the president for economic policy at the White House. Previously, Warsh served as executive director and vice president of mergers and acquisitions in the investment banking division of Morgan Stanley.