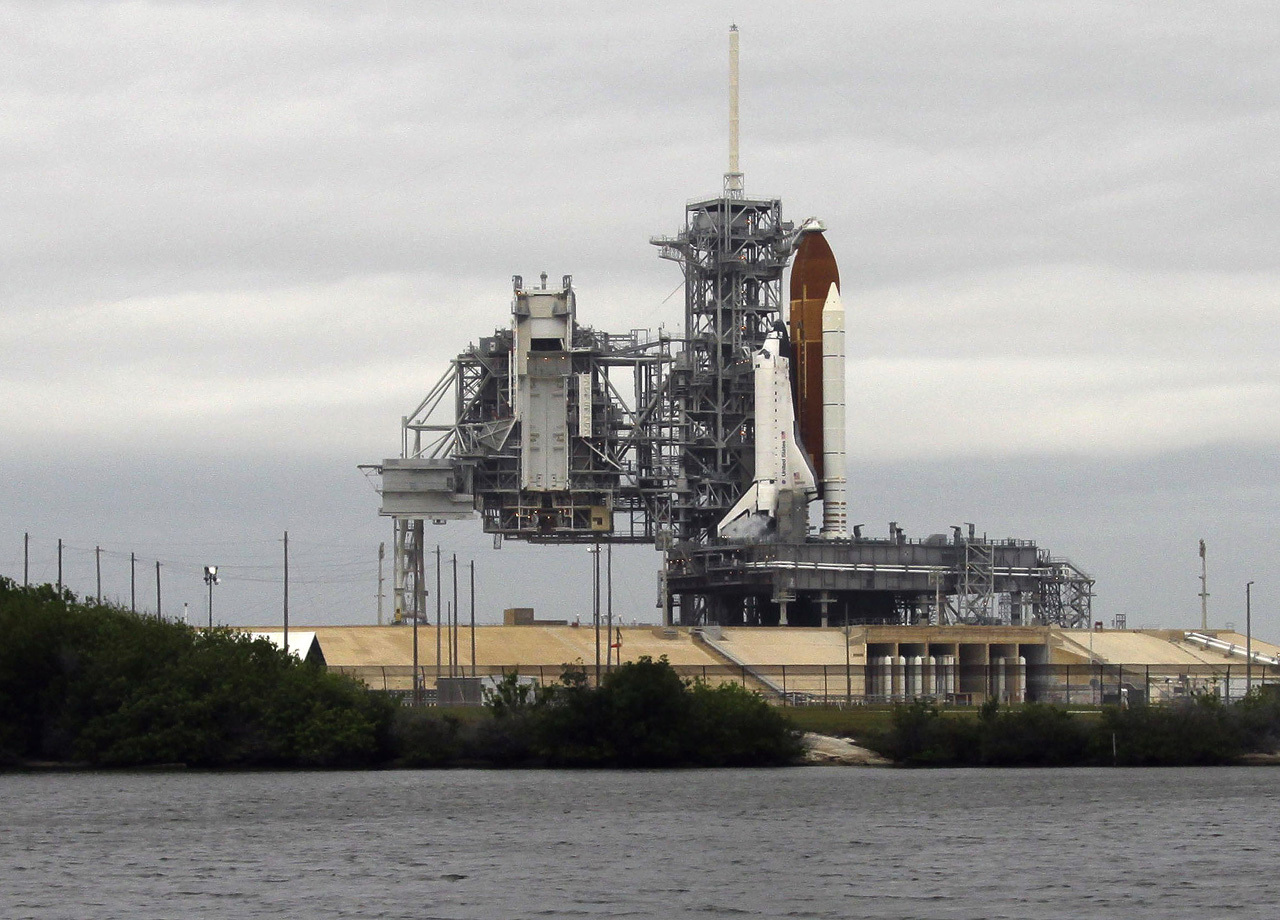 It also was a disappointment to commander Mark Kelly's wife, Gabrielle Giffords, who flew to Florida to watch the launch as she recovers from a January assassination attempt, reports CBS News space analyst Bill Harwood.

Shuttle launch director Mike Leinbach stated that lift-off will be no earlier than Monday at 2:33 p.m. ET. Engineers need at least 72 hours to troubleshoot the issue.

The problem cropped up as Kelly and his crewmates were suiting up for launch, when one of two heater circuits associated with Auxiliary Power Unit (APU) 1 failed, allowing the temperature in propellant lines to drop below acceptable limits.

The auxiliary power units, or APUs, provide the hydraulic power to move the shuttle's engine nozzles, wing flaps and landing gear brakes. Engineers suspect a blown fuse may be to blame but it's not yet clear what caused that or what might be needed to fix it.

Endeavour's external tank will be drained. Technicians will then access the avionics bay where the Load Control Assembly is located to assess whether they need to remove and replace the switchbox, or fix an electrical wiring short.

"Our NASA launch director Mike Leinbach has made the decision ... that we're not able to resolve this situation with the APU heaters in time to make a launch attempt today," said NASA launch commentator George Diller. "There's not a way to do the kind of troubleshooting we need to do and sill be able to stay in a count configuration. So we will be scrubbing for today.

Endeavour's launch window extends through May 4. If the shuttle is not off the ground by then, the team will stand down for three days to reload liquid oxygen and hydrogen fuel cell reactants and to give the Air Force time to launch an Atlas 5 rocket carrying a military missile early warning satellite. The shuttle launch window would re-open around May 8 and extend through May 29.

NASA originally hoped to launch Endeavour April 19, but the flight was delayed to make way for the launch and docking of a Russian Progress supply ship that blasted off from the Baikonur Cosmodrome in Kazakhstan on Wednesday. The unmanned supply ship glided to a smooth linkup with the space station at 9:28 a.m. Friday.

Thunderstorms pounded Florida's Space Coast late Thursday, delaying work to ready the shuttle Endeavour for blastoff Friday afternoon. But the storms passed, a protective gantry was retracted, and engineers began pumping rocket fuel into the ship's external tank on schedule to set the stage for the orbiter's 25th and final flight.

The protective rotating service structure was pulled away from Endeavour just before midnight, nearly five hours later than planned because of thunderstorms from an approaching cold front. Working through the early morning hours, engineers made up lost time and after assessing the latest forecast, NASA's Mission Management Team gave the team permission to begin pumping a half-million gallons of supercold liquid oxygen and hydrogen rocket fuel into Endeavour's external tank on time at 6:22 a.m. EDT (GMT-4).

Endeavour's crew - commander Mark Kelly, pilot Gregory H. Johnson, Michael Fincke, Gregory Chamitoff, Andrew Feustel and European Space Agency astronaut Roberto Vittori - got up at 6 a.m. After breakfast and final medical checks, Kelly and Johnson will get a weather update before donning their bright orange pressure suits and heading to launch pad 39A around noon to begin strapping in for launch.

Kelly's twin brother Scott, who just got back from a long-duration stay aboard the International Space Station, joked Thursday night in a Twitter feed that he was "ready if replacement is required."

The space shuttle Endeavour is seen on launch pad 39a as a storm passes by, Thursday, April 28, 2011, at Kennedy Space Center in Cape Canaveral, Fla. (AP Photo/NASA, Bill Ingalls)