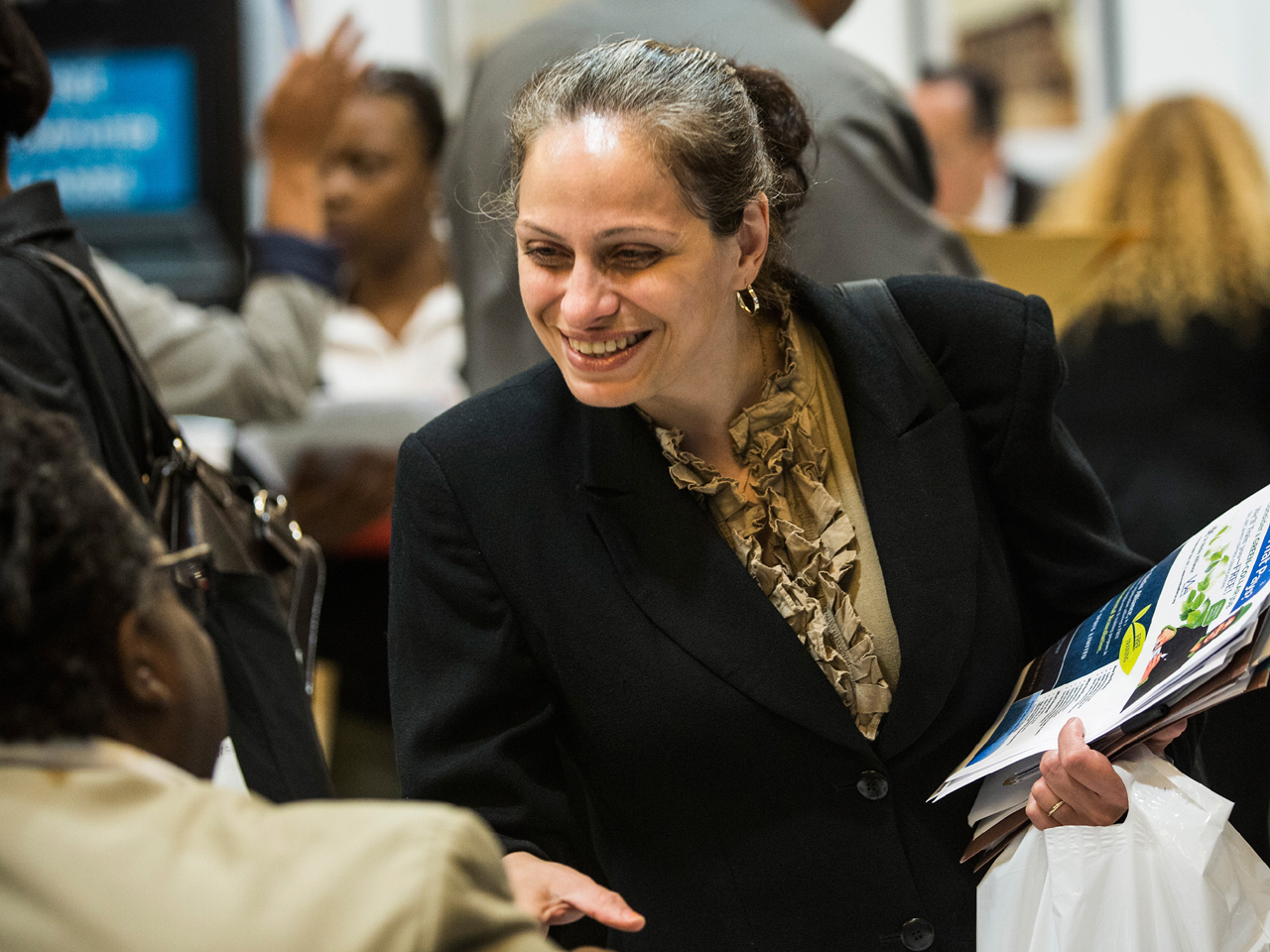 Economists surveyed by FactSet had forecast that the government's report would show 215,000 jobs were added last month. Over the last three months, payroll gains have averaged 224,000.

Job growth last month represents "a strong gain in payrolls, despite the tendency in past years at least for September to be under-reported initially," said Jim O'Sullivan, chief U.S. economist with High Frequency Economics, in a client note.

Earlier this week, a separate survey by payroll provider ADP found that private businesses added 204,000 jobs in September. The ADP report often differs from the Labor Department data as it does not include government jobs.

The latest job numbers amount to a healthy jump from August, when job growth undershot forecasts. But most experts said the dip was likely to be temporary, pointing to the pick-up in economic growth in the second and third quarters.

After plunging in the first three months of the year because of severe winter weather, the nation's gross domestic product shot up to 4.6 percent between April and June, the strongest pace of expansion in nearly three years.

Economists expect unemployment, which was as high as 6.7 percent in March, to continue ticking down over the rest of the year.

"With above-trend growth in the last three quarters of 2014, the labor market will continue its recovery," economists with PNC Group Financial Services said in client note ahead of the government's latest employment report.

The economy would be stronger if people's paychecks were bigger. Wage growth, which has been weak for years, has yet to accelerate enough to drive more vigorous consumer spending. Average hourly earnings slipped by one cent in September and have risen only 2 percent for the year, the Labor Department said Friday.

Meanwhile, the economic chill early in the year means overall growth for 2014 is unlikely to climb much above 2 percent, only a slight improvement over 1.9 percent last year.

After previous recessions, the U.S. economy has seen growth of 4 or 5 percent, enabling a much swifter rebound. But the scale of the Great Recession, which officially ended in June 2009, has made the latest recovery among the slowest on record.

It also remains to be seen if the epic crash that followed the 2008 financial crisis has left more permanent marks on the economy. Some economists fear the U.S. is entering a period of "secular stagnation" characterized by slower growth and shrinking productivity.