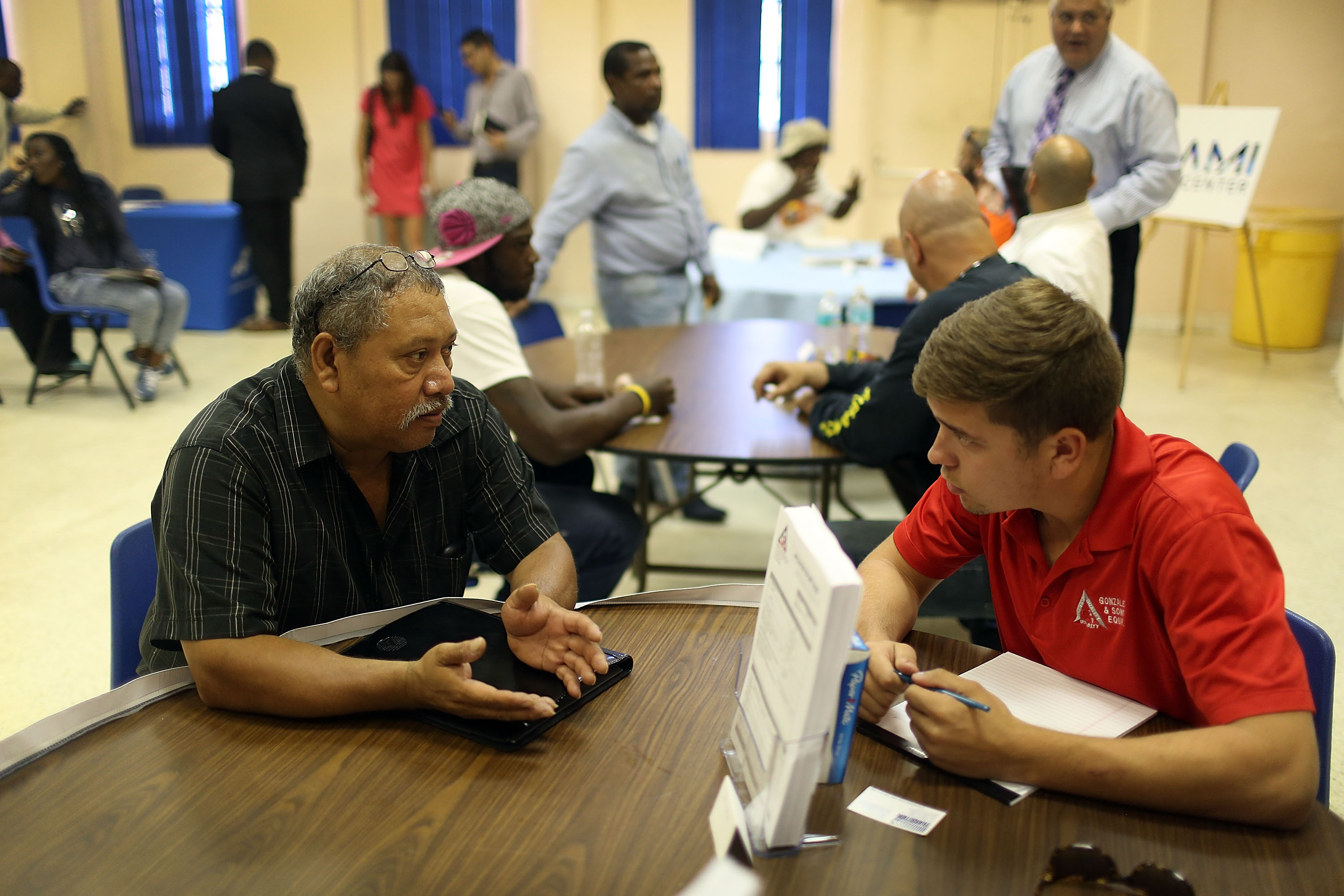 The Labor Department said Friday that the economy added 215,000 jobs in July, and the unemployment rate stayed at a seven-year low of 5.3 percent. The government's latest employment report came in just under expectations, which had called for employers adding 225,000 jobs, according to a survey by FactSet.

"It's a solid report, we have another month of payrolls above 200,000. And although the unemployment rate didn't decline this month, the trend is clearly down," Jeremy Lawson, chief economist at Standard Life Investments.

The report is a key piece of evidence for the Federal Reserve as it weighs the timing of hiking rates from record lows.

"It just confirms for the Fed what they were looking for -- hourly wages are up slightly, and there's a hint of inflation," JJ Kinahan, chief market strategist at TD Ameritrade, said. "It doesn't move the Fed any faster, but it doesn't hurt their cause."

The Fed has held its key short-term rate near zero since late 2008, a policy introduced after the financial crisis to try to energize the economy through stronger borrowing, investing and spending. Now, more than a half-dozen years into the recovery, Fed Chair Janet Yellen has suggested that the economy not only can tolerate but needs higher rates.

Even as the Fed has nearly concluded that the economy is strong enough to withstand higher borrowing rates, many Americans remain anxious about a recovery defined by modest economic growth and meager pay raises.

Average hourly earnings rose a nickel to $24.99 in July, or 0.2 percent, and are rising at a rate of only 2.1 percent for the year. Over the last three months, those earnings have increased at a rate of 1.9 percent, barely keeping pace with inflation. Typically after a recession, hourly wages should grow at least 3 percent.

"We were hoping for something big today and we didn't get it. If we'd had employment growth of 250,000 or more, and if wage rates had gone up 2.3 to 2.4 percent year over year, it would have been a much clearer signal that things really are heating up," said Tim Hopper, chief economist at TIAA-CREF.

Fed Chair Janet Yellen has pointed to weak wage growth as one factor restraining the economy. The country's gross domestic product -- the total monetary value of goods and services -- averaged 1.5 percent in the first half of the year, although economists expect that to pick up over the final two quarters.