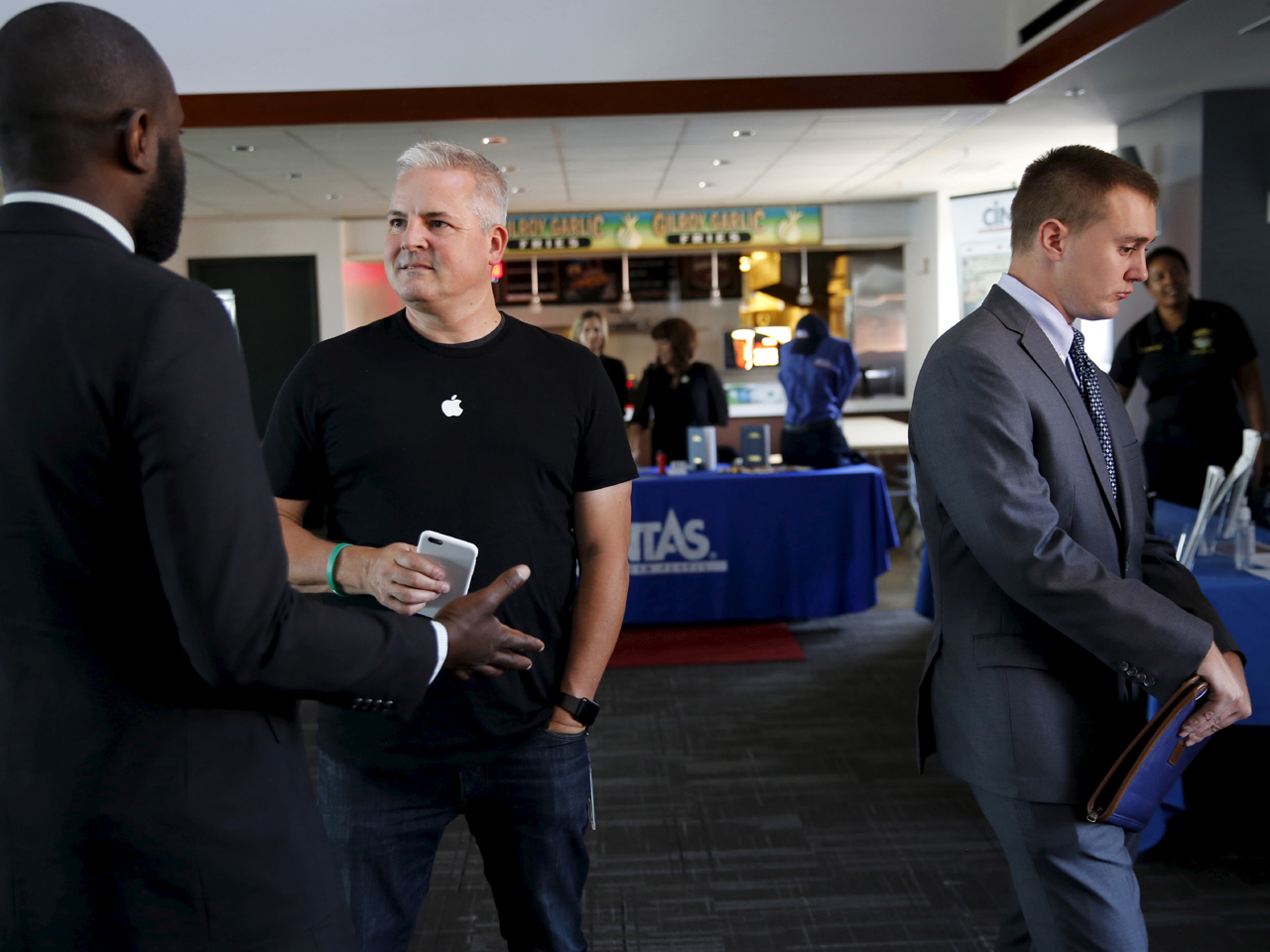 WASHINGTON - The U.S. unemployment rate fell to a seven-year low in August as employers added a modest 173,000 jobs, a key piece of evidence for the Federal Reserve in deciding whether to raise interest rates from record lows later this month.

The Labor Department says the unemployment rate fell to 5.1 percent from 5.3 percent, the lowest since April 2008.

Hiring in August was the lowest in five months, but the government revised up the June and July job growth by a combined 44,000. From June through August, the economy generated a solid 221,000 jobs a month, up from an average of 189,000 in March through May.

"Average hourly earnings edged higher during the month, rising just over 0.3 percent. Over the last twelve months, higher hourly earnings and a modest uptick in average hours worked pushed weekly earnings up by 2.5 percent. Recent data suggests that gains may be accelerating, which -- if sustained -- would be a positive development for workers," Jim Baird, partner and chief investment officer for Plante Moran Financial Advisors, wrote in a note after the release.

Steady hiring could encourage the Fed to raise rates for the first time in a decade. Still, stock market turbulence, a persistently low inflation rate and a sharp slowdown in China could complicate its decision.

Still, after three years of solid job growth that has put nearly 8 million Americans back to work, Fed officials are probably satisfied with the job market's progress. Once the Fed begins raising borrowing rates, higher rates are likely to eventually ripple through the economy. Americans could face higher costs for mortgages and other loans, though the increases could be modest and gradual.

A stumbling global economy and stronger dollar, which makes U.S. exports costlier overseas, could slow growth for the next 12 months, according to Goldman Sachs.

Joseph LaVorgna, chief U.S. economist at Deutsche Bank, cautioned before Friday's report that job growth for August typically falls short of later revisions. The elimination of millions of summer jobs in August tends to cause the government to undershoot the actual job gain for the month.

A key question is how the stock market turbulence and China's troubles might affect the overall U.S. economy. The answer probably won't be clear for months. So far, the effect has been minimal.

Smaller companies and services firms, which are largely insulated from global trends, are still doing well. Service sector companies, such as restaurants, retailers, banks and construction companies are expanding at the fastest pace in nearly a decade, according to a survey by the Institute for Supply Management.

The number of Americans seeking unemployment remains very low by historical standards -- evidence that companies are still confident enough about customer demand to maintain their staff levels. A solid jobs report Friday would reinforce that view.

There are other signs that the U.S. job market remains solid. Americans overall have a brighter outlook: According to the Conference Board's consumer confidence survey, nearly 22 percent of Americans said jobs were plentiful in August. That matched the proportion who said jobs were hard to get -- the first time since the Great Recession began in 2007 that the two figures have been equal.