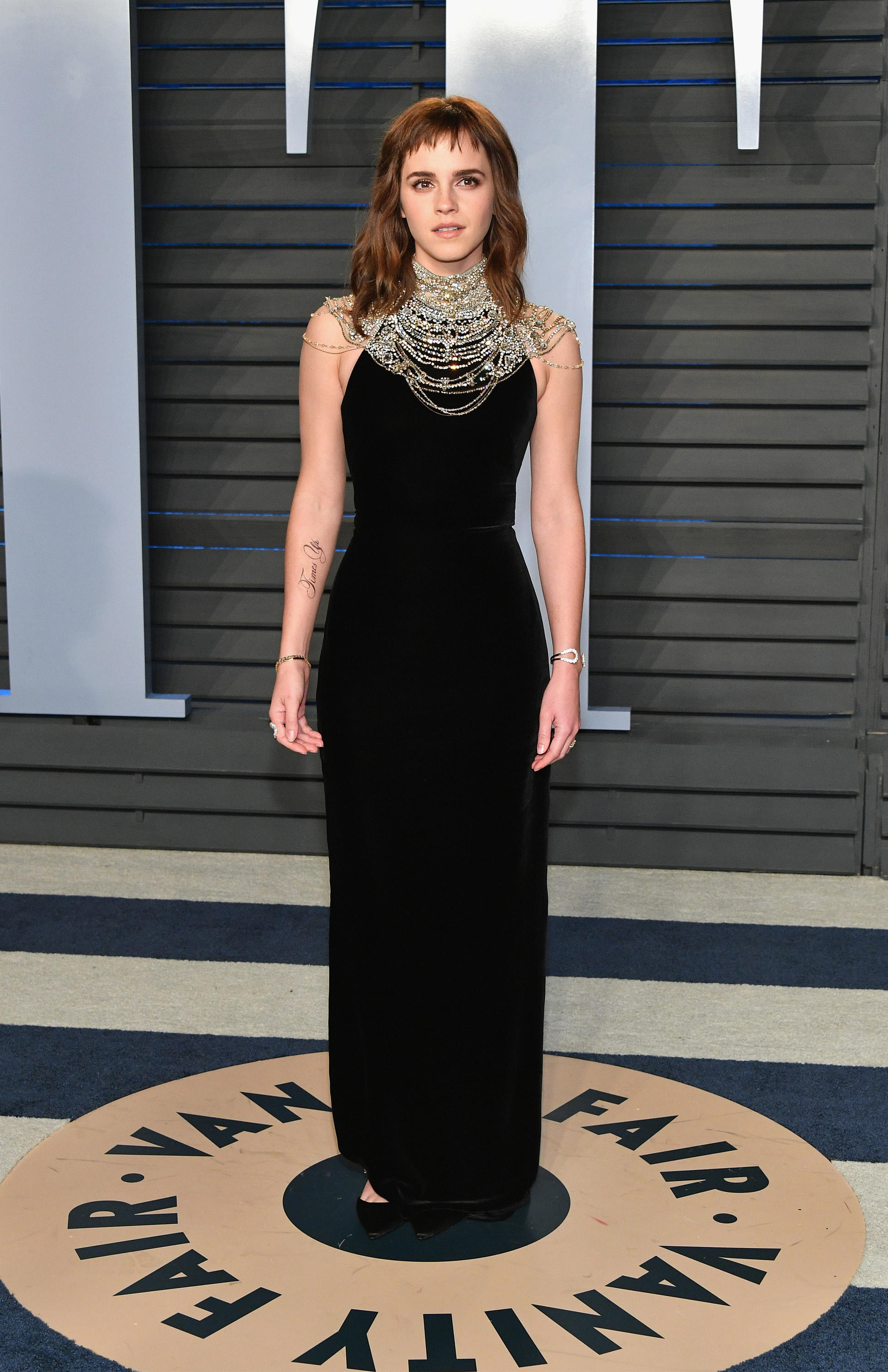 Emma Watson showed off a regrettable Time's Up temporary tattoo at the Vanity Fair Oscar Party after Sunday night's Academy Awards. The actress had her forearm inked with a cursive "Times Up" tat, but unfortunately, the body art had an error in it. Watson's tattoo did not have an apostrophe in "Times," rendering the phrase grammatically incorrect.

"Time's Up" needs the apostrophe to make "Time's" a contraction of "time" and "is" (although it's often left out in the #TimesUp hashtag).

The mistake doesn't bear serious consequences, since the tattoo is temporary, aside from some ridicule on social media.

Watson, who brought a feminist activist as her date to the Golden Globes, has been one of Hollywood's most outspoken young feminists.

She graduated from Brown University in 2014 with a major in English.