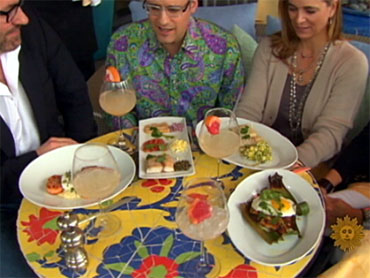 So you're one of those people up in Rhode Island who had the guts and the vision to buy a house in a not so fancy neighborhood near the Long Island Sound that has oh-so-spectacular views.

The price of waterfront property across the country has gone off the charts in last several years. Ya know, they're just not makin' anymore of it, as the saying goes. And these folks in Rhode Island got in while the getting was good. Some of them, in fact, got in a generation or two ago.

Anyway you know the story by now. The local municipality wants to condemn their property so a developer can incorporate it into a larger entity which promises to put more money into the tax base.

Eminent domain has been around for ever. It pops up in the Fifth Amendment to the Constitution which requires that just compensation be paid when land is taken over for public use. Build a road, condemn my house, pay me cash. We all understand that.

So when a city says the developer needs your lot to complete the plan for the condo and strip mall, we balk. Last month the Supreme Court decided five to four in favor of the cities and the groaning hasn't stopped. I'd like to be a little more civic minded but, do we really trust these guys? Developers have done wonderful things in this country. But are they motivated by profit or the common good? Let me think about that. I'll get back to you.