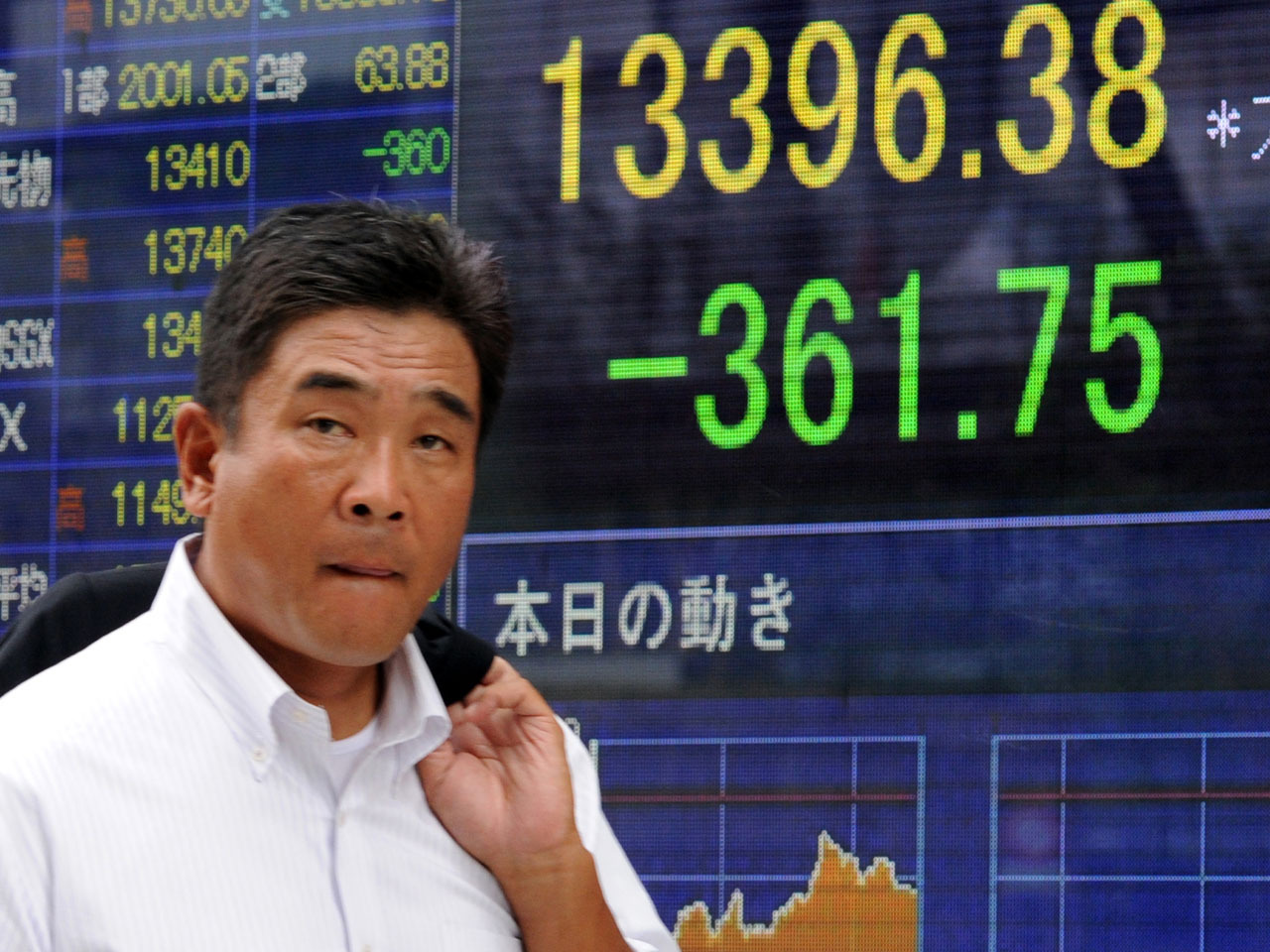 LONDON Shares around the world, particularly those in emerging economies, fell Tuesday as investors braced for the phasing out of a U.S. central bank stimulus program that has shored up markets for the past few years.

Stock benchmarks and currencies in developing countries such as India and Indonesia have been hammered as funds flowed out of their markets in anticipation of a reduction in stimulus from the Federal Reserve. Indonesia's benchmark index, which dived 5 percent on Monday, suffered another 3.2 percent drop Tuesday. India's Sensex was down 0.3 percent after sliding 5.6 percent in the previous two sessions. India's currency, the rupee, fell to a record low of 64.11 rupees to the dollar.

Emerging markets have been hit by expectations that the Fed will reduce the amount of financial assets it buys in the markets -- currently $85 billion a month -- amid signs of improvement in the U.S. economy. The stimulus was intended to spur borrowing and investment through easy access to liquidity. Many investors used the cheap money to buy stocks, particularly in fast-growing developing economies.

"The shift in sentiment and capital flows back towards developed markets is being keenly felt, leading to a major pick-up in volatility," said Michael Every, an analyst at Rabobank International.

Financial assets in emerging economies weren't the only ones taking a hit on the expectation that the Fed will begin tapering its stimulus next month. U.S. stocks have recorded a four-day losing streak for the first time in 2013 as the country's borrowing rates in the markets have edged up to their highest levels since 2011. Admittedly, trading volumes are modest amid a traditional summer lull.

The performance of U.S. stocks has weighed on European markets even though there have been signs of an economic uptick across the continent. Last week, figures showed that the recession across the economy of the 17 European Union countries that use the euro ended in the second quarter.

​No more waiting for the UPS guy

Wall Street was poised for a steady opening, with Dow futures down 0.2 percent and the broader S&P 500 futures 0.1 percent lower.

The Fed will likely remain the focus of attention in markets over the rest of the week, especially on Wednesday, when the minutes to the Fed's July policy meeting are published. Investors will be looking for any hints of when the bank might begin cutting back on its stimulus.

Benchmark oil for October delivery was down 79 cents to $106.07 per barrel in electronic trading on the New York Mercantile Exchange.