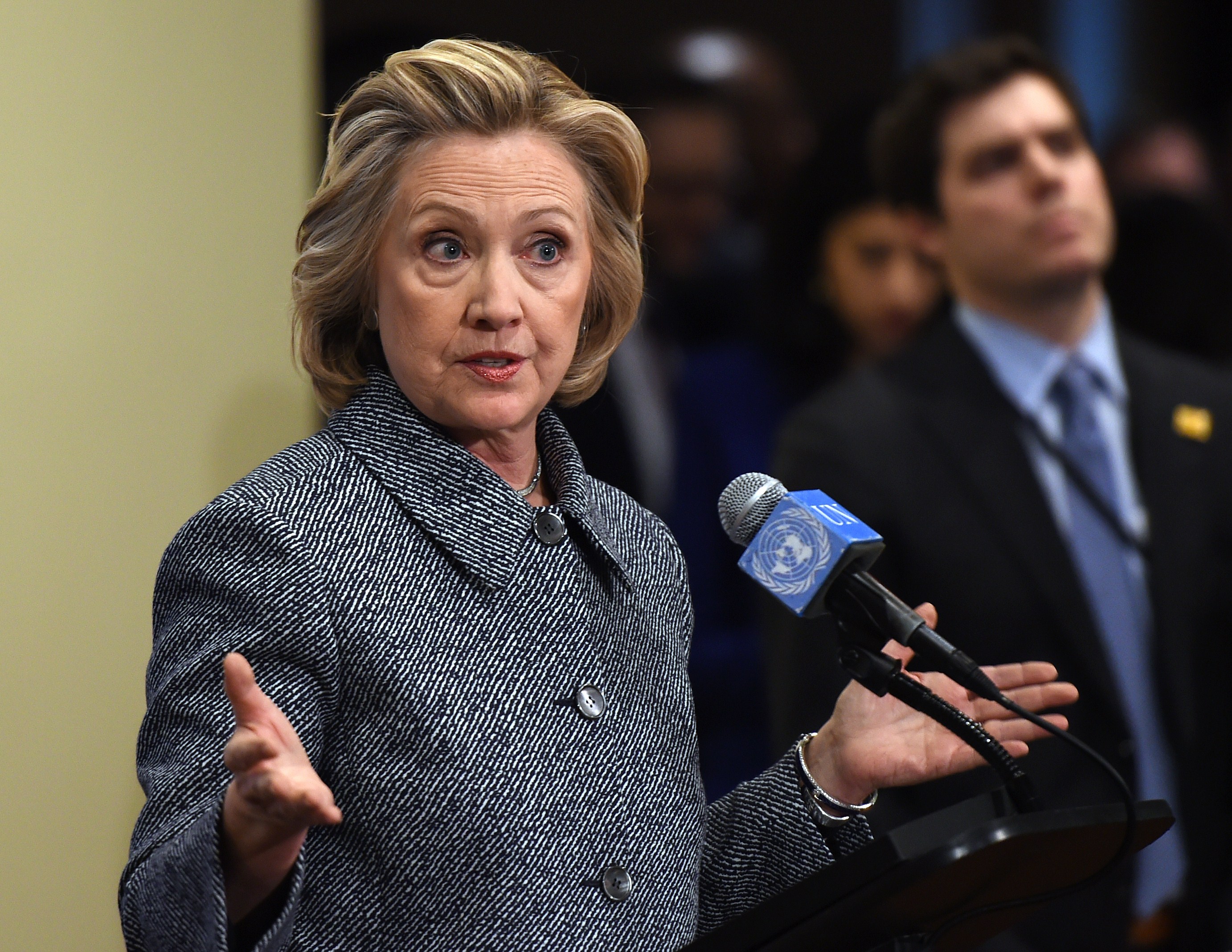 Emails released to conservative watchdog group Judicial Watch suggest that while Hillary Clinton was secretary of state, the State Department planned to accommodate her private email server by setting up a separate computer network in an office "across [the] hall." The arrangement was made after Clinton's chief of staff, Cheryl Mills, asked about accessing web email "using a non-DOS [Department of State] computer."

On Jan. 23, 2009, Mills wrote to Lewis Lukens, who was charged with providing all logistical support to Clinton.

The email as released reads:

To: Lukens, Lewis A

Subject: Re: Series of questions

Lew - who can I talk to about:

1. Can our email be accessed remotely through the web using a non-DOS computer like my laptop?

2. I am traveling to the M-E - will my DOS bb work there and is there a cell phone attached?

3. Spoke to Dan [Daniel B. Smith, former DOS executive secretary] re: bb for HRC (and reports that POTUS is able to use a super encrypted one which)

4. Spoke to Dan re: setting up Counselor office for HRC so she can go across hall regularly to check her email

Lukens responded in an email that he would "set up the office across the hall as requested."

"Also, I think we should go ahead (but will await your green light) and set up a stand-alone PC in the Secretary's office, connect to the internet (but not through our system) to enable her to check her emails from her desk," he added.

And Patrick Kennedy, the under secretary for management at the State Department, also weighed in.

"The stand-alone separate network PC is [a] great idea," he wrote back to the group.

On the same thread, Clinton aide Huma Abedin emailed that the aides were interested in the system so that Clinton "can check email in her office." Lukens wrote back that Mills had told him Clinton "does not know how to use a computer to do email - only bb [Blackberry]."

"I will say, a computer was not set up for Secretary Clinton," he said in an email to CBS News State Department Correspondent Margaret Brennan.

Because "these matters are under review generally," Kirby declined to comment further.

Judicial Watch president Tom Fitton called the emails "shocking" because they show the State Department was setting up non-government computers to allow Clinton to bypass the formal network.

"That these records were withheld from the American people until now is scandalous and shows the criminal probe of Hillary Clinton's email system should include current and former officials of the Obama administration," he said.

After Clinton's use of a separate email system became public last year, the former secretary of state said she did so for "convenience," so she would only have to carry one device to check messages. She has long insisted that all email messages were properly captured for government archives because she emailed State Department staffers on their official accounts.

For the past several months -- and through Clinton's entire candidacy for the Democratic nomination -- the emails have been subject to congressional investigation, an FBI investigation, and other third-party scrutiny.

During a routine release of Clinton's emails last week, the State Department said withheld 22 emails that contained information that bore the highest level of classification, but said they were not labeled "classified" when they were sent. Those messages were spread over seven email chains totaling 37 pages.

Clinton has insisted that she never used her private account to send or receive personal information that was classified at the time. Her campaign spokesman has also said that the emails being withheld are an example of "overclassification run amok."