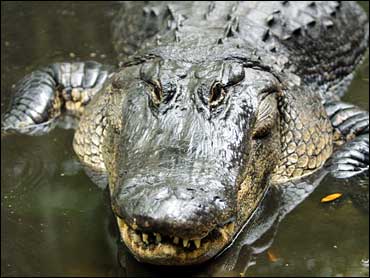 Authorities on Tuesday dismissed a claim that a wrangler had nabbed a 7-foot-long alligator named "Reggie" from a city lake, where he had been dumped several months ago and repeatedly avoided capture.

Earlier Tuesday, a man claiming to be wrangler Jay Young, who had been hired by the city, told several media outlets, including The Associated Press, that he had caught the alligator overnight.

That story was cast into doubt when the promised delivery of the alligator to the Los Angeles Zoo never happened.

"To the best of my knowledge and all the reports I have received this morning, it was a hoax," said Ron Berkowitz, the Los Angeles Recreation and Parks superintendent, who supervises the area that includes the lake. "I called the zoo to verify and the gator is not there. I called the rangers, the city council office and my staff at the lake. There was no capture."

Reached by phone at his Colorado gator farm later Tuesday, Young said he has not been in Los Angeles recently and that he hadn't called the media earlier in the day. He said the caller apparently was someone impersonating him.

Young was hired by the city last month and promised to capture the alligator within a few days. He left town on Aug. 18, unable to deliver on his promise.